Eliot Spitzer on the crisis of accountability

"When people feel no accountability, they are more hesitant to presume that the system is functioning" 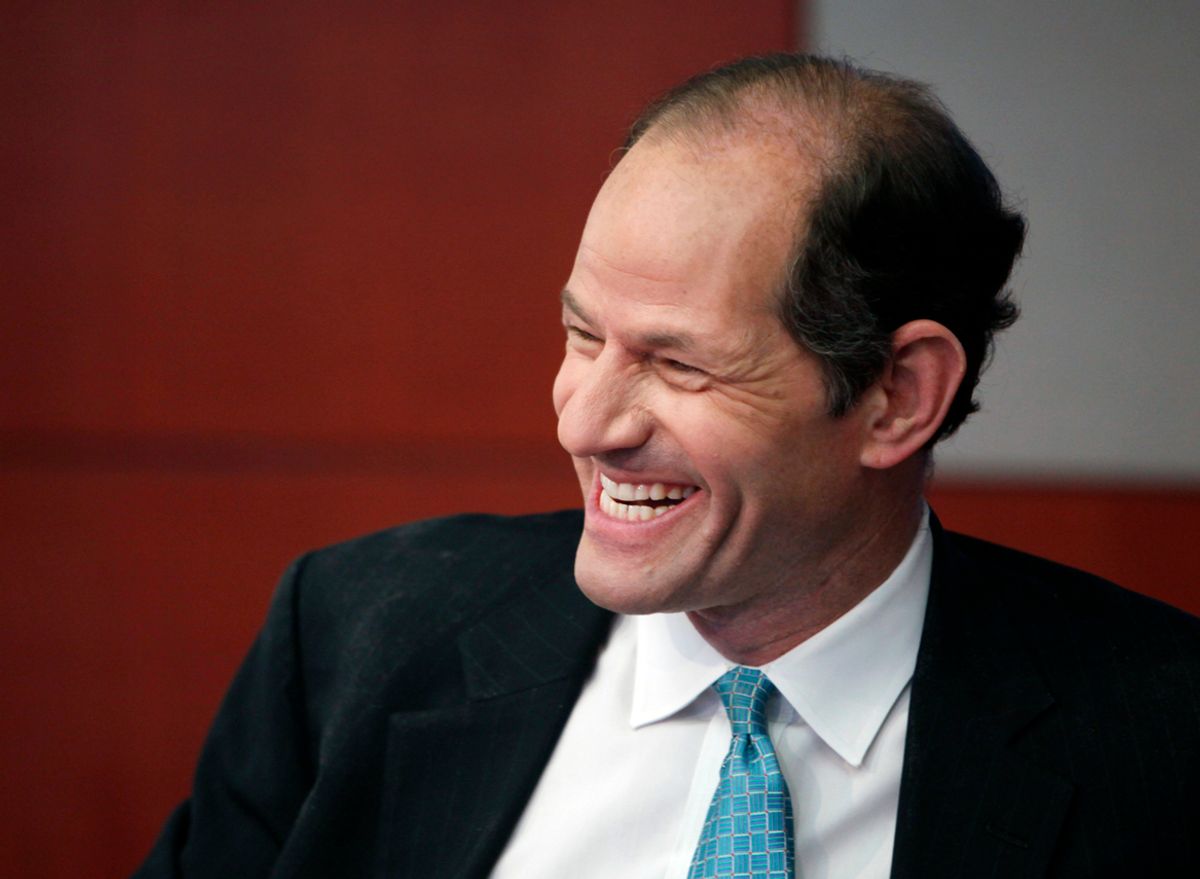 This is the third installment of The Influencers, a six-part interview series that Lynn Parramore, the editor of New Deal 2.0 and a media fellow at the Roosevelt Institute, is conducting for Salon. She recently caught up with former New York Gov. Eliot Spitzer, whose new TV show, "ParkerSpitzer," will launch on CNN on Oct. 4, and they talked about the crisis of accountability in American institutions. According to Spitzer, the failures of Wall Street are the symptom of an epidemic that his new show will explore.

As attorney general, you brought a series of high-profile prosecutions to Wall Street. How do you compare their range and results to those following the financial crisis?

The paramount difference is that we tried to bring prosecutions that led to structural reforms. That was the idea behind the suit against AIG for using deception and fraud to elevate stock price, or the case against Merrill Lynch, where we charged analysts of offering investment advice influenced by gross conflicts of interest. It was important to challenge the whole structure of the banking and financial-services industry and argue for greater accountability. After the economic collapse, what I’ve seen so far are one-off prosecutions where you catch somebody for insider trading, for example. Given the systemic nature of the problems on Wall Street, the effort should be less on how to address violations in a particular case, but rather the ongoing structural issues.

You've noted that accountability is still a problem on Wall Street. Does the problem extend to other American institutions?

Absolutely. Disaffection of the public has passed from Wall Street to governance and beyond. There is a tremendous sense of failure in accountability in everything from nonprofits to for-profit entities to the whole spectrum of American institutions.

The scholar Viktor Frankl once suggested that the Statue of Liberty should be supplemented by a Statue of Responsibility. Are we striking the right balance between freedom and responsibility?

There is a second half of the equation that we tend sometimes to forget. And when that happens, there’s a problem. There’s the issue of communitarianism -- we need a sense of community and responsibility to each other that rises in parallel with a sense of the freedom of the individual.

How does accountability impact the legitimacy of our institutions?

This is hugely important. If accountability suffers, then institutions become highly suspect. This happens everywhere from Wall Street to Congress. When people feel no accountability, they are more hesitant to presume that the system is functioning. This affects the entire structure of our democracy.

Do you see anything on the horizon that makes you more optimistic about government's role in regulation that will impact the accountability crisis?

We're at a moment where the regulatory bodies are appreciating what they need to do. Elizabeth Warren, for example, will set a high bar in that regard. On the other side of the equation, you have the public's complete fury at government intervention in any way and the prospect that Republican takeover of Congress will eliminate whatever impetus there may have been.

How do you assess the role journalism has played in demanding accountability?

Journalism cuts both ways. Journalists have certainly shined light on major problems. But you also find examples of journalism that are less noble, that tend to diminish pubic understanding. Journalism really mirrors the rest of society. Its failures and triumphs come in waves.

Is this something you hope to address on your new show on CNN?

We’re hoping to put a lot of energy in looking closely at institutions. Whether it is Wall Street or government entities, we want to ask the right questions so we can understand who is doing what. We also want to have guests who can help us understand what is happening to the middle class. And we want to understand the response of the middle class to real frustrations and the ongoing economic crisis. A lot of people say that given what the history is, the response of the Tea Party should not hold -- that they are learning the wrong lessons. The idea is that they shouldn’t be blaming government, for example, when many would say that a failure of regulation is what caused the collapse. People wonder, Why haven’t we learned the lesson that the enforcement of accountability in the private sector is a positive and critical role that government can play?

What are you most looking forward to in your new role as television host?

I’m looking forward to creating something that hopefully a couple of people will watch that is interesting, fun and informative. I’ve got a very long reading list to prepare for it -- more intense than anything I’ve had in my recent stint of teaching!