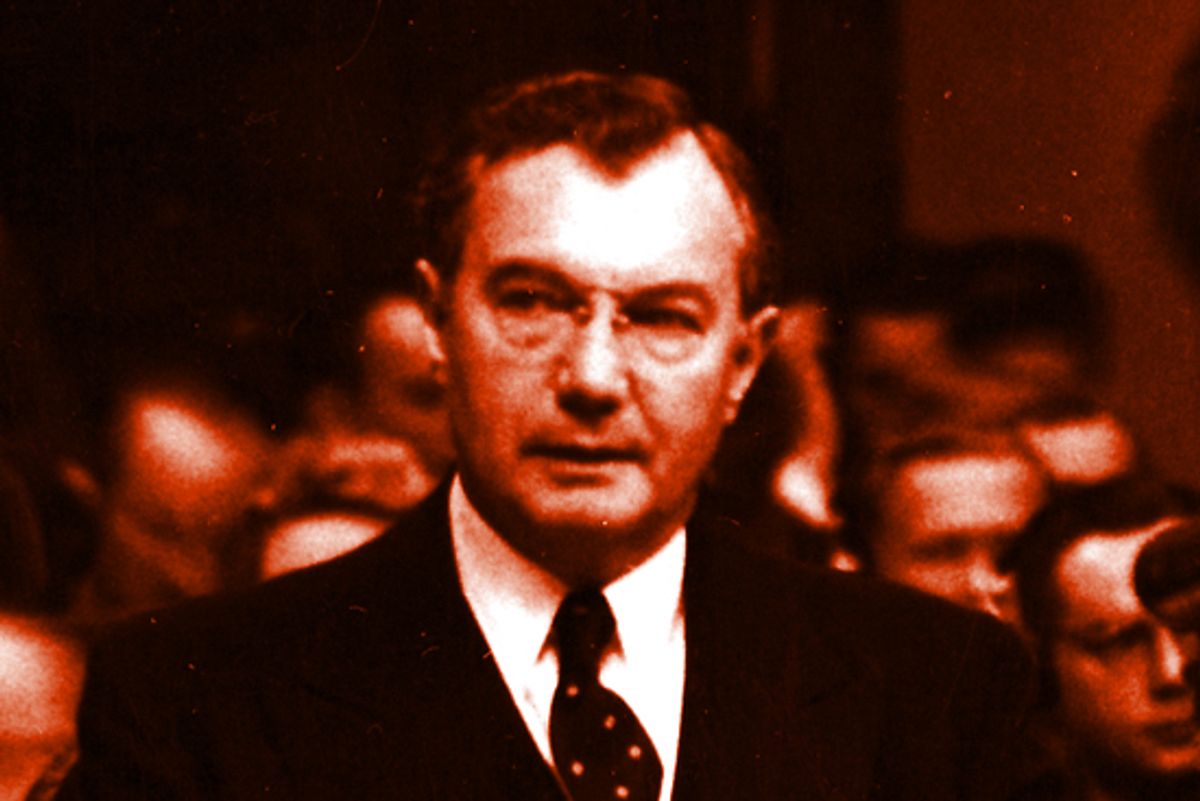 Maybe the title of the documentary "Nuremberg: Its Lesson for Today" sounds a little pedantic and old-fashioned. That's because the "today" in question is not, like, today but 1948, when this film was completed by a United States military team and shown in occupied Germany. A compact and devastating record of the history-making trial -- held in the symbolic birthplace of the Nazi Party -- that held two dozen leading Nazi officials to account for the crimes of the Holocaust and other World War II atrocities, "Nuremberg" was never shown in U.S. theaters, and the master negative and soundtrack were destroyed, for reasons that remain mysterious. (But which can, I believe, be deduced from the evidence.)

Viewed cynically, the immediate purpose of "Nuremberg" was to convince the defeated German population that the blame for their material privation and collective despair lay not with the victorious Allies but with the deranged criminal regime that had led their nation into war in the first place. But writer-director Stuart Schulberg (an Army sergeant and the brother of famous screenwriter Budd Schulberg) clearly had larger goals in mind. For one thing, the Nuremberg trials presented a startling example of postwar global cooperation, with Supreme Court Justice Robert H. Jackson serving as lead prosecutor alongside a team of British, French and Soviet colleagues. (This release is the result of a lengthy restoration process led by Sandra Schulberg, the director's daughter, and Josh Waletzky.)

For another, Nuremberg introduced an explosive and controversial principle into international law: the idea that political, military and business leaders could be held personally liable for waging aggressive warfare, for murdering civilians or captured enemies, and for the ambiguous category of "crimes against humanity." It was one thing to apply these new juridical concepts to the universally loathed Nazi regime, but quite another to confront the fact that they applied to everyone else as well. Jackson himself wrote to President Harry Truman that the Allies "have done or are doing some of the very things we are prosecuting the Germans for ... We are prosecuting plunder and our Allies are practicing it." Jackson was talking about the Soviet Union, of course -- and it is more than a little rich that Stalin's murderous totalitarian state had the temerity to participate in a war-crimes tribunal -- but as the Cold War proceeded, both superpowers became highly uncomfortable with the theory and practice of international criminal law.

You won't get any sense of the fascinating (and ongoing) legal and philosophical debate surrounding the Nuremberg trials, which have been attacked as a fraudulent exercise in "victors' justice" and defended as a breakthrough for international human rights. Schulberg paints in broad strokes, creating an intensely riveting  78-minute portrait that tries to capture both the flavor of a dramatic 10-month trial -- one of the 20th century's first and biggest media spectacles -- and the horrific history that provoked it. We hear extended snatches of Jackson's famously eloquent opening and closing statements, witness key moments in the testimony of the odious and unrepentant Hermann Göring -- who committed suicide the night before his scheduled execution -- and listen to a number of other high-ranking Nazis plead for their lives.

Schulberg intercuts snippets of German and Allied footage documenting some of the worst war atrocities, and even though that's no more than a few minutes of the film, and it's material many of us have seen before, in this context of judgment it assumes a hideous new power. It's oddly gratifying to hear some of the accused men, including Hans Frank, the former Nazi governor of Poland, and Hitler Youth head Baldur von Schirach, express some awareness of their guilt, and some measure of repentance. But when you're reminded of the enormity of the criminal regime they enthusiastically supported and worked for, their words fade in importance. Better to say they were wrong than not to, of course -- but it doesn't make any of the dead come back to life. (Frank was among the nine defendants hanged; Schirach served 20 years in Spandau prison.)

"Nuremberg" does indeed contain a "lesson for today," but the lesson takes the form of an emotional roller-coaster ride, and its ultimate message is more than a little murky. Was Albert Speer, the dapper Nazi architect who was the only defendant to discuss not merely his own crimes but the evils of an authoritarian regime, really a reflective intellectual or just an eloquent spinmeister ingratiating himself to a new master? Did the limitations and hypocrisies of the Nuremberg process undermine its lofty goal of shining the light of reason and justice on some of history's cruelest crimes? (Whatever its flaws, Nuremberg was more than a kangaroo court: Two defendants, diplomat Franz von Papen and banker Hjalmar Schacht, were acquitted and released.)

And, to return to the question of this documentary's cloudy history: What was it about Schulberg's "Nuremberg" that made U.S. military authorities feel that it was OK for occupied Germans but had to be destroyed before Americans could see it? I'm not qualified to get all Glenn Greenwald on you, but even amid all the contradiction and ambiguity of the Nuremberg process, the argument made there was clear: All the nations of the world had to be held to the same standard, and every nation that waged aggressive warfare and committed war crimes, no matter how large or rich or powerful, would be judged accordingly.

"Nuremberg: Its Lesson for Today" is now playing at Film Forum in New York. Other cities, and DVD release, should follow.