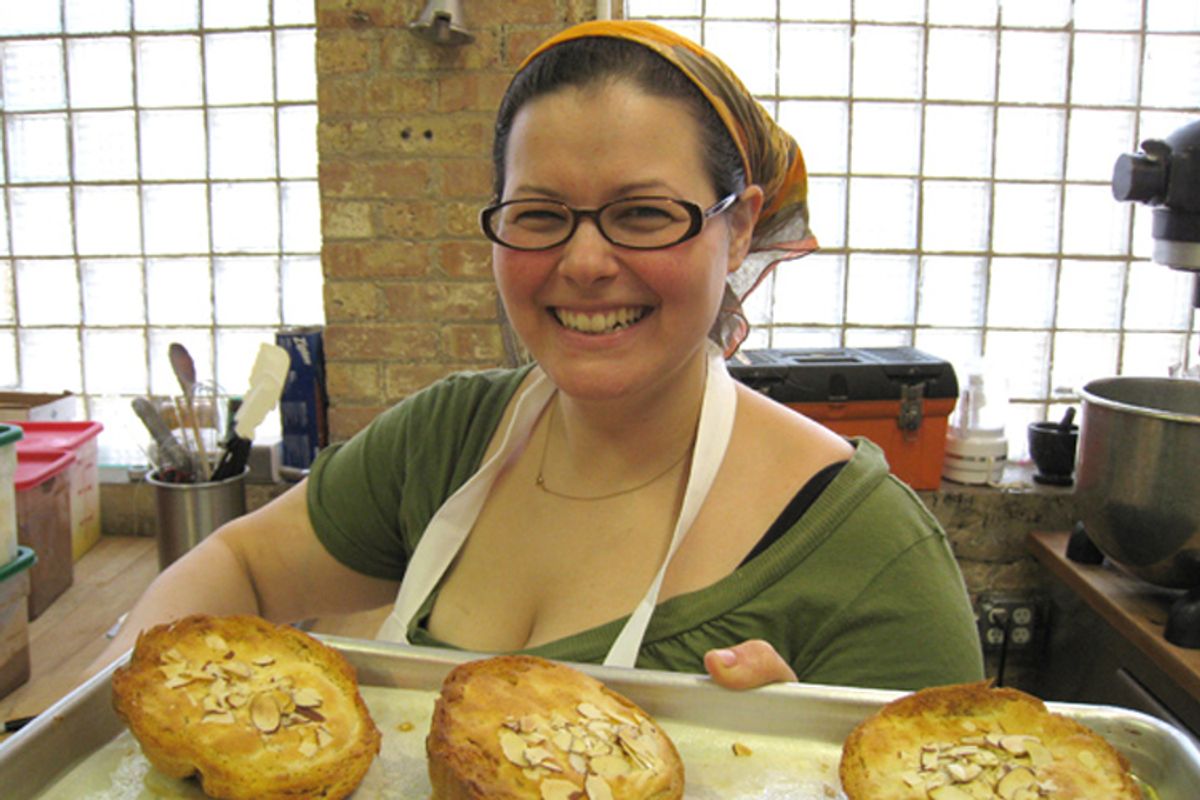 Oh, when times were flush and you were loaded, you ate brioche, the millionaire’s bread. Fifty percent butter by weight, you ate it fresh, smearing rich fingerprints all over your coffee mug. What of the leftovers? "Bah!" you said, throwing them out. "I’m made of dough! I don’t eat stale bread!" But then the economy turned to mush and now you’re thinking that maybe tossing food isn't such a super idea anymore.

My friend Emily, the chief baking officer of the super-cute Sweet Cakes Bakery in Chicago, feels your pain and wants to introduce you to the Bostock. (I swear that’s her job title, not something I made up for my stupid economic downturn angle.) This thing is out of control. You take stale, day-old bread, soak it in almond syrup, top it with frangipane -- sweetened, buttery almond paste -- and bake it until the syrup forms a crisp, lightly caramelized sheen. Moist and rich inside, it's like bread pudding you can hold, but only so much better because, if you recall, it’s topped with frangipane. If you topped a manhole cover with frangipane, I’d break my teeth on it.

To my mind, it's the ultimate French toast replacement -- no more batter, no more soggy messes, no more slices burning, eggy and gross, as you try to sauté enough at one time to feed an entire tableful of breakfasters. Baking them on trays means you're freed from that desperate push on the pans. And while this is, honestly, best with brioche, really any stale bread will work. Emily even suggests replacing the frangipane with jam and turning the oven down to 325.

That's it. It takes hardly any time and even less effort, and it’s so good you might be persuaded to live this financially responsibly forever.