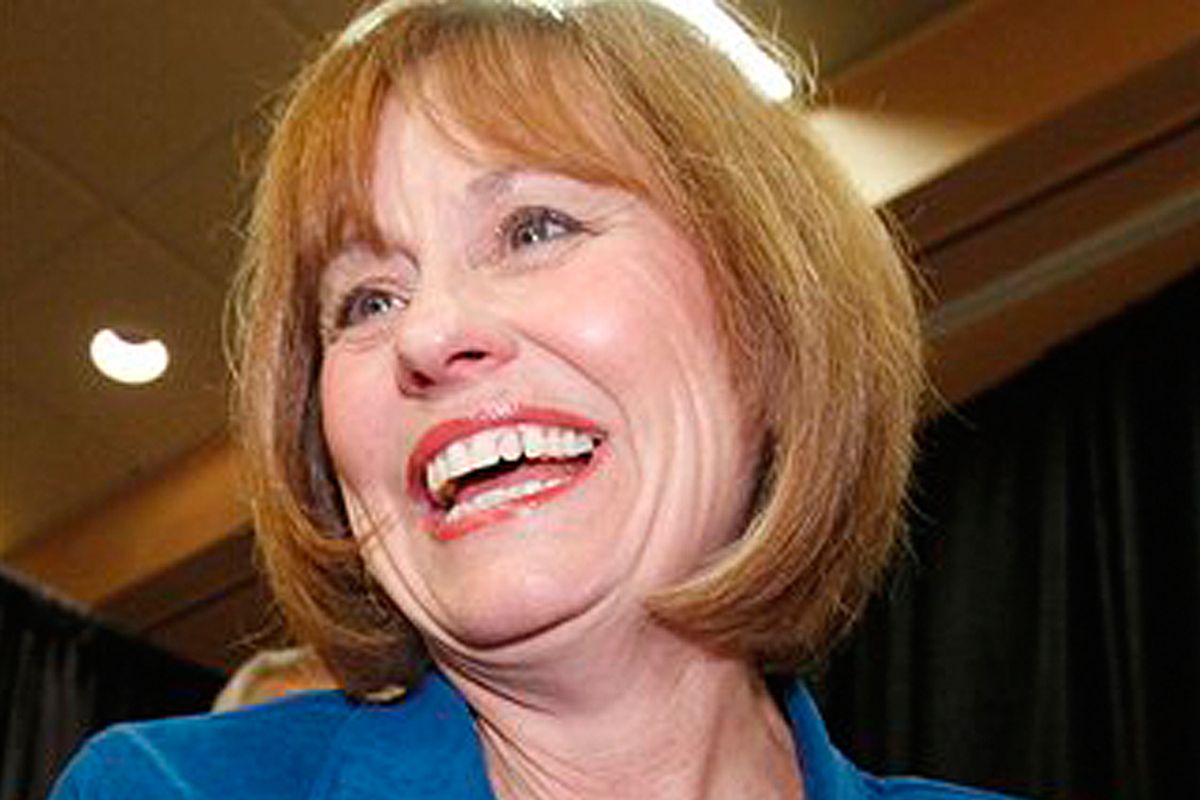 The meeting was called so that Angle could try to convince Ashjian to drop out of the Senate race, because having a "Tea Party" candidate on the ballot will probably take more votes away from Angle than from incumbent Harry Reid. The meeting was also for Sharron Angle to complain about the Republicans who never supported her, and for Ashjian to demand an apology. And then a tape of the meeting made its way to journalist Jon Ralston's desk.

In private, Angle still sounds like the real deal -- a True Conservative who believes the all the nonsense and resents the establishment. She mocks Washington Republicans for "moaning and groaning and weeping and gnashing teeth over Sue Lowden." She casually invokes the Bible. She also says that the Tea Parties give her "juice," and this juice allows her to hang out with Jim DeMint and Tom Coburn and Mitch McConnell, and she offers some of this "juice" to Ashjian.

Angle lists the other GOP insurgents who she feels are for real:

Angle: "(The Republicans in DC) don’t want me back there…because they know I’ll shake this mess up….…..I shook it up in Carson City, they hated me there…41-Angle was not a compliment……..When I go back, there may be five or six of us….maybe Joe Miller (Alaska), Ken Buck (Colorado), Christine O’Donnell (Delaware).

Ashjian: "She (O’Donnell) doesn’t have a chance.”

Angle: "Well I think she’s real." She then skeptically mentions the Florida GOP Senate nominee as one of the group: "Marco Rubio, but that’s a stretch for me."

This Ashjian is a real character. For all of Angle's supposed weirdness, she has been in politics since the Clinton era. Ashjian -- a walking Vegas cliche who seem to have gone out of business multiple times -- is a genuine political outsider. (And possibly just some sort of fraud. The line is so thin.)

And, obviously, Ashjian leaked the tape to Ralson, which is why he doesn't ever ask for money -- just for an apology -- in exchange for ending his campaign, which he surely never intended to end anyway.

This whole thing is weird, but really not that embarrassing to Angle. Except in that she took this meeting to begin with.