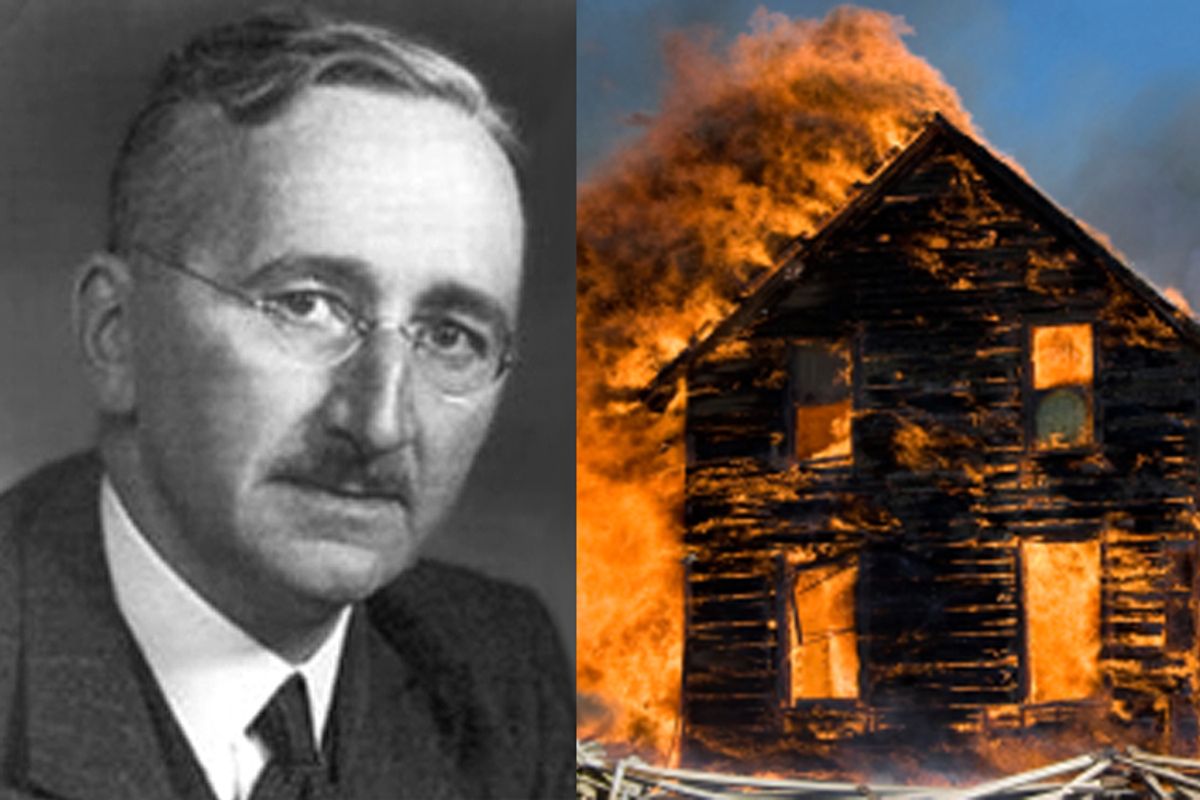 There is a sort of childish taunt that liberals use against proper libertarians sometimes, in which they humorously propose that the fire department be privatized, because the "invisible hand" of the market would be more efficient at putting out house fires. And then everyone has a laugh -- the liberals because they think they just scored a really great rhetorical point, and the libertarians because they are high.

Meanwhile, out in Tennessee, a man's house burned down because he didn't pay the fire department.

The homeowner, Gene Cranick, said he offered to pay whatever it would take for firefighters to put out the flames, but was told it was too late. They wouldn't do anything to stop his house from burning.

Each year, Obion County residents must pay $75 if they want fire protection from the city of South Fulton. But the Cranicks did not pay.

The mayor said if homeowners don't pay, they're out of luck.

This fire went on for hours because garden hoses just wouldn't put it out. It wasn't until that fire spread to a neighbor's property, that anyone would respond.

Turns out, the neighbor had paid the fee.
[...]
It was only when a neighbor's field caught fire, a neighbor who had paid the county fire service fee, that the department responded. Gene Cranick asked the fire chief to make an exception and save his home, the chief wouldn't.

So some self-interested rational actor decided not to pay for fire protection -- an optional service -- and then his house burned down, because the firefighters obviously didn't want to open the firefighting program up to a bunch of free riders.

Daniel Foster, The Corner's resident hip libertarian-leaning conservative, is rightly appalled by this entire story. He has no problem with opt-in government, of course! It's just that he has this crazy notion that the firefighters had a moral responsibility to stop a man's house from burning down, especially after they responded to his neighbor. And, come on, the guy offered to pay! So no moral hazard!

A-ha, a reader responds. He "offered." But he is clearly a deadbeat, and a leech on society, and the firefighters were right to watch as everything he owned became ash.

Yes, he offered to pay, while his house burned. I can’t prove what would have happened, but the FD would probably have had to sue him to gain full reimbursement. Maybe they need to start carrying pre-printed contracts for the homeowners to sign quickly and obligate themselves for the full cost plus a little profit.

A man whose house is on fire will say anything to a guy with the means to put the fire out -- best not to trust him, unless you can get it in writing.

I sometimes feel bad for smart, principled conservative bloggers, because the only people worse than their peers are their readers.