Female programmers on "The Social Network"

How accurate is the Facebook movie's depiction of women as trophies in the world of Web 2.0? We asked the experts 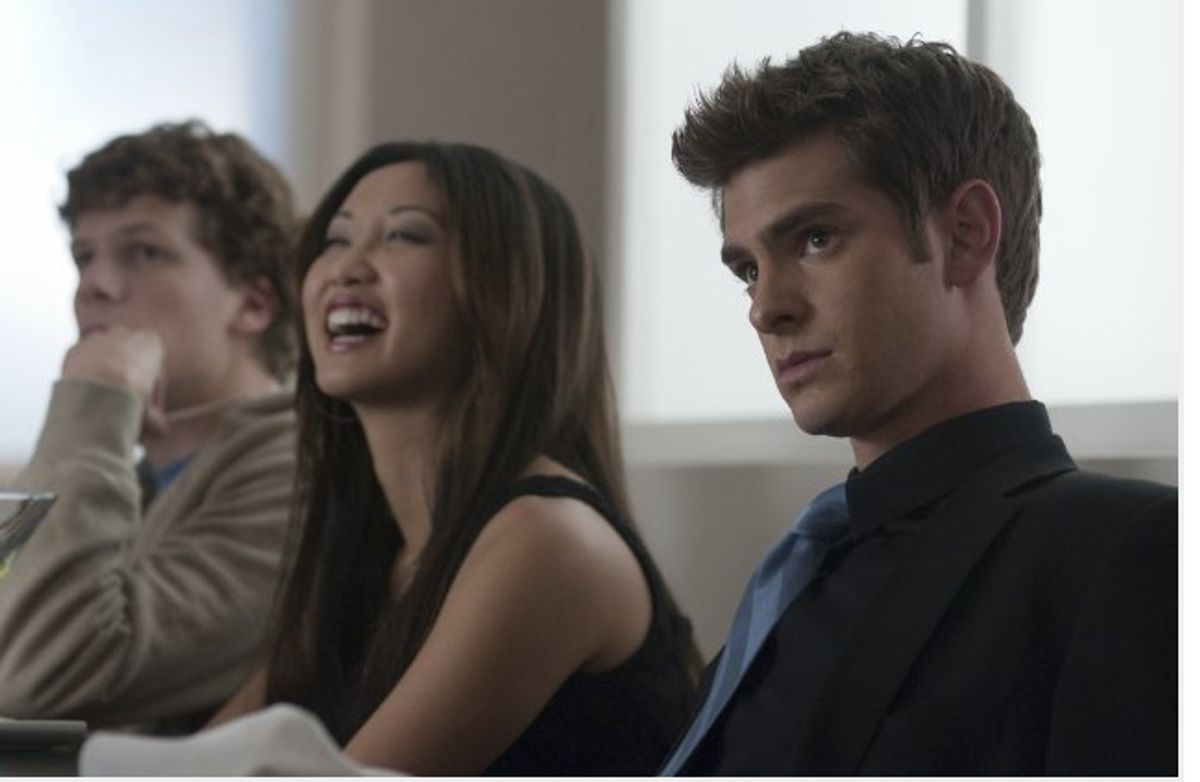 "The Social Network," screenwriter Aaron Sorkin's version of the Facebook creation myth, has viewers wondering what is real and what isn't. Is the site's founder really that much of a douche bag? Did Mark Zuckerberg steal the idea and stab his best friend and business partner in the back? These are interesting questions, to be sure, but I found myself hung up instead on the one-dimensional female characters. The most important roles played by women in one of the greatest Web innovations of the decade were as gold-diggers, drunken floozies and that "bitch" who got away?

After seeing the film, a coworker e-mailed me: "You would think no woman ever wrote a line of code or actually worked at a high-tech company. It makes Sterling Cooper look progressive." Indeed, there is no plucky Peggy, and there isn't even a Joan (who uses both her smarts and her sexuality to get ahead). But, oh, are there groupies: They aggressively undo belt buckles in bathroom stalls, take bong hits while the boys do their important coding work and rip open their blouses so that coke can be snorted off their flat little tummies. They are useless on the technical and business front, as is made clear in a scene where two groupies look on as Zuckerberg has a sudden revelation and begins barking orders to his all-male team. The doe-eyed coeds ask if there is anything they can do to help out -- and the question itself is a punch line. Even a nubile Facebook intern who presumably does have some technical abilities is introduced only to party with Facebook's smooth-talking president, Sean Parker (played by Justin Timberlake), at a Stanford frat party. The women are trophies for these male history-makers.

Ultimately, the question becomes whether the film's sexism is intentional and, if so, whether it accurately reflects reality. (There are certainly more influential women involved in Facebook than the movie lets on. Just yesterday, the New York Times profiled Sheryl Sandberg, Facebook's chief operations officer and Zuckberg's "most valuable friend"; and the head of Facebook's consumer marketing team is his sister Randi.) Laura Thomson, a senior software engineer at Mozilla, told me that she has never been treated as a mere trophy. "In general, people in this industry are open-minded, and the engineers I've worked with have been great," she said. "As long as you can get the job done, it really doesn't matter if you're female or male." On a similar note, Web developer Alison Gianotto told me, "Other than the way I am treated when I call hosting companies for technical support, I have never been made to feel as though I am a trophy or lesser in any way than my male counterparts -- and I'm reasonably certain that most hosting companies treat every caller as if they are idiots, regardless of gender." However, Sara Chipps, a software developer, told me that it's accurate to say that women are viewed as trophies in "the startup world." In an email, she wrote: "There are a lot of great guy developers out there, and I have never felt mistreated. However, yes, girls are a prize that you win when you are successful. It is similar to a frat house mentality, and as one of the rare women in the field I often feel like a Peggy Olsen."

There are a couple of "good" girls in "The Social Network," but they drive the action only from the sidelines. In this fictional telling, Zuckerberg's innovation is motivated by ex-girlfriend Erica Albright. During their breakup, she delivers the movie's best line: "You're going to go through life thinking that girls don't like you because you're a tech geek. I want you to know, from the bottom of my heart, that won't be true. It'll be because you're an asshole." He goes on to publicly humiliate her on his blog by calling her a "bitch" and making fun of her for wearing padded bras. His desire to win her back, or get back at her, underlies his desperation for Facebook to become bigger, better and, above all else, cooler. Then there is the lawyer played by Rashida Jones, who is buttoned-up, respectable and delivers an inverse of Albright's earlier indictment: Zuckerberg isn't an asshole, he's just trying really hard to be one.

Because the asshole always gets the girl right? At the start of the movie, we see beauties being bussed in for a party at one of the university's prestigious final clubs (basically a fancy Harvard way of saying "fraternities"). It isn't long before the girls are boozing it up and tearing off their clothes to throbbing music -- and, of course, there is the requisite girl-on-girl make-out scene -- all for the viewing pleasure of some major tools wearing backward baseball caps. Jezebel's Irin Carmon, a real-life Harvard grad who was a year ahead of the real-life Zuckerberg, says that from her experience, final parties "were rarely, if ever, the tabletop-stripping, girl-on-girl-action harems the movie makes them out to be." These fictionalized scenes are all in the service of making this story -- supposedly the story of my generation -- into one about the quest for sex and power. The nerd seeks revenge on the jocks, who have the money and the girls who are so eager to part with their clothing.

What of the girls, though -- how do they get revenge? Well, by being the one who gets away. (I suppose a spoiler alert is required here for anyone unfamiliar with ye old virgin-whore dichotomy.) In the film, Zuckerberg earns riches and fame, all in pursuit of that one girl who, it turns out, can't be bought with riches and fame. That bitch.