Is America a plutonomy? 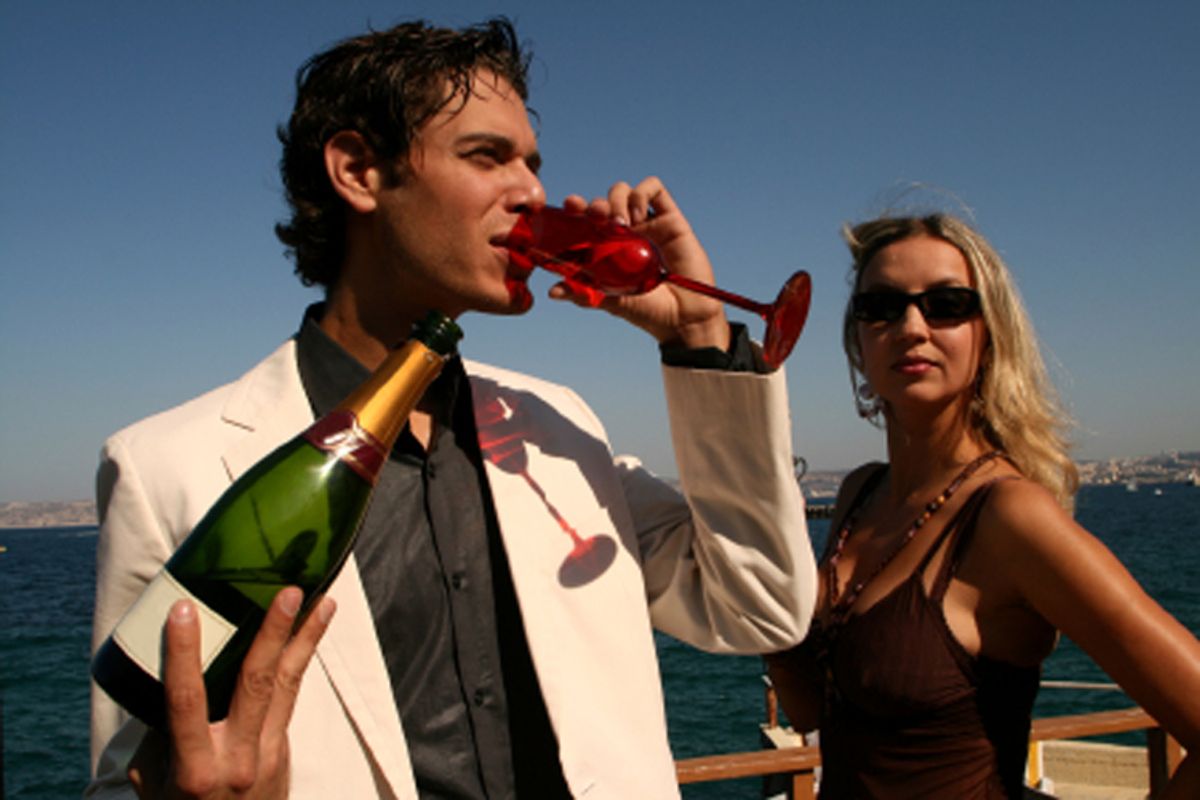 Has the American economy turned into a "plutonomy"?

In 2005, three Citigroup analysts -- Ajay Kapur, Niall MacLeod and Narendra Singh -- answered yes. They explained: "Plutonomies have occurred before in sixteenth century Spain, in seventeenth century Holland, the Gilded Age and the Roaring Twenties in the U.S ... Often these wealth waves involve great complexity, exploited best by the rich and educated of the time." According to the Citigroup experts, a plutonomic economy is driven by the consumption of the classes, not the masses: "In a plutonomy there is no such animal as 'the U.S. consumer' or 'the UK consumer,' or indeed the 'Russian consumer.' There are rich consumers, few in number, but disproportionate in the gigantic slice of income and consumption they take. There are the rest, the 'no-rich,' the multitudinous many, but only accounting for surprisingly small bites of the national pie." The Citigroup analysts speculated that a plutonomic world economy could be driven by the spending of the world’s rich minority, whose ranks are "swelling from globalized enclaves in the emerging world."

At the same time, however, the top 10 percent of earners received 50 percent of all income, while they accounted for only 22 percent of spending. Where did the rest of their money go? Much of it went into speculation in the two waves of the bubble economy between the late 1990s and 2008. Had more of that money been in the hands of the bottom 50 percent, more of it would have been spent on consumer goods, including manufactured products, and far less would have gone to gambling on condos in Manhattan and Miami and trendy stocks.

One was Edward Filene. With his brother Lincoln, Filene had sought to implement the principles of welfare capitalism in their Boston department store, where they established a company union, an employee thrift plan, an insurance plan, a free health program, and a cafeteria. Filene became a spokesman for the credit union movement in the U.S. and a champion of progressive causes. Among his legacies are the Century Foundation and Filene’s Basement, a discount clothing store.

In his book "Successful Living in This Machine Age" (1932), Filene argued that the drive for lower wages and the privileging of investment over consumption had produced chronic overcapacity: "At a time when more buying was the need of the hour, [capitalists] were still calling upon the masses to refrain from buying goods, and to invest their savings in more production; and when industries languished from want of customers, they advised reducing wages, a process which must result in a further falling off of sales." As in the stock bubbles of the 1990s and 2000s, financial experts in the 1920s urged ordinary Americans to emulate the rich by gambling in stocks. According to Filene, financial experts recommended that ordinary people "should better themselves by investing their savings and drawing either interest or dividends, instead of having to depend forever upon the wages which they might receive from week to week."

To illustrate the self-defeating nature of excessive savings and investment in a mass production economy, Filene used the refrigerator industry. In the 1920s, Filene argued, electric refrigeration had failed to make the transition from elite consumption to mass consumption, in part because archaic notions of thrift led workers to invest in the stock market rather than borrow to buy refrigerators: "And so, instead of buying something which they might use and enjoy, they become two hundred dollar capitalists. They still have their dilapidated ice-box, say, but they own a two hundred dollar interest in some electric refrigeration company." As a result, "first, stocks went up" and their rise encouraged more people to buy stocks. Next, "plants manufacturing electric refrigerators and other things had plenty of capital for expansion. They expanded, but the sales of electric refrigerators and other things did not expand in proportion. In many cases they shrunk ..." The result was the Great Depression. "Consumption was not financed to keep pace with production, and production had to come down to the level of consumption. The paper profits, therefore, vanished. Because American business did not see the true meaning of mass production, it lost the greater total profits which it might have made, and the American people lost the power to employ each other."

"I am not contending, of course," Filene wrote, "that this was the only cause of the business depression of 1930-31. But it is obvious that mass production demands mass buying of goods; and that if the masses of wage-earners gamble in stocks instead of buying the things which they want, they gamble not merely with their savings but with their jobs." The solution was to recognize that "business progress, and even business safety, depend principally upon the orderly maintenance of a high and ever higher standard of living, that is, upon adequate buying by the masses; and these times demand credit for the masses just as surely as the times ever demanded adequate credit for business enterprise." In the future, financiers "will no longer suggest that wages be lowered; they will withhold credit, rather, from employers who either from failure to understand what wages are, or through failure to adapt methods which would enable them to pay high wages, persist in keeping wages dangerously low."

This analysis was shared by Marriner Eccles, whom Franklin Roosevelt appointed as chairman of the Federal Reserve, a post he held from 1934 to 1948. In his memoirs, Eccles argued that insufficient purchasing power by middle- and low-income Americans was the underlying cause of the Depression: "As mass production has to be accompanied by mass consumption, mass consumption, in turn, implies a distribution of wealth -- not of existing wealth, but of wealth as it is currently produced -- to provide men with buying power equal to the amount of goods and services offered by the nation’s economic machinery. Instead of achieving that kind of distribution, a giant suction pump had by 1929-30 drawn into a few hands an increasing portion of currently produced wealth ... Had the six billion dollars, for instance, that were loaned by corporations and wealthy individuals for stock-market speculation been distributed to the public as lower prices or higher wages and with less profits to the corporations and the well-to-do, it would have prevented or greatly moderated the economic collapse that began at the end of 1929."

The Great Recession is not an exact replay of the Great Depression. For one thing, the problem of industrial overcapacity is now global, with too many factories producing too many goods in China, Japan and Germany and not enough consumers in chronic trade deficit countries like the U.S, Britain, Spain and Greece. But history makes it clear that when economies mutate into plutonomies they become dangerously volatile. Just as a ship with a broad base is more stable than a top-heavy boat, so an economy in which well-paid workers create mass consumer markets for the goods and services they provide is more stable than a top-heavy plutonomy.