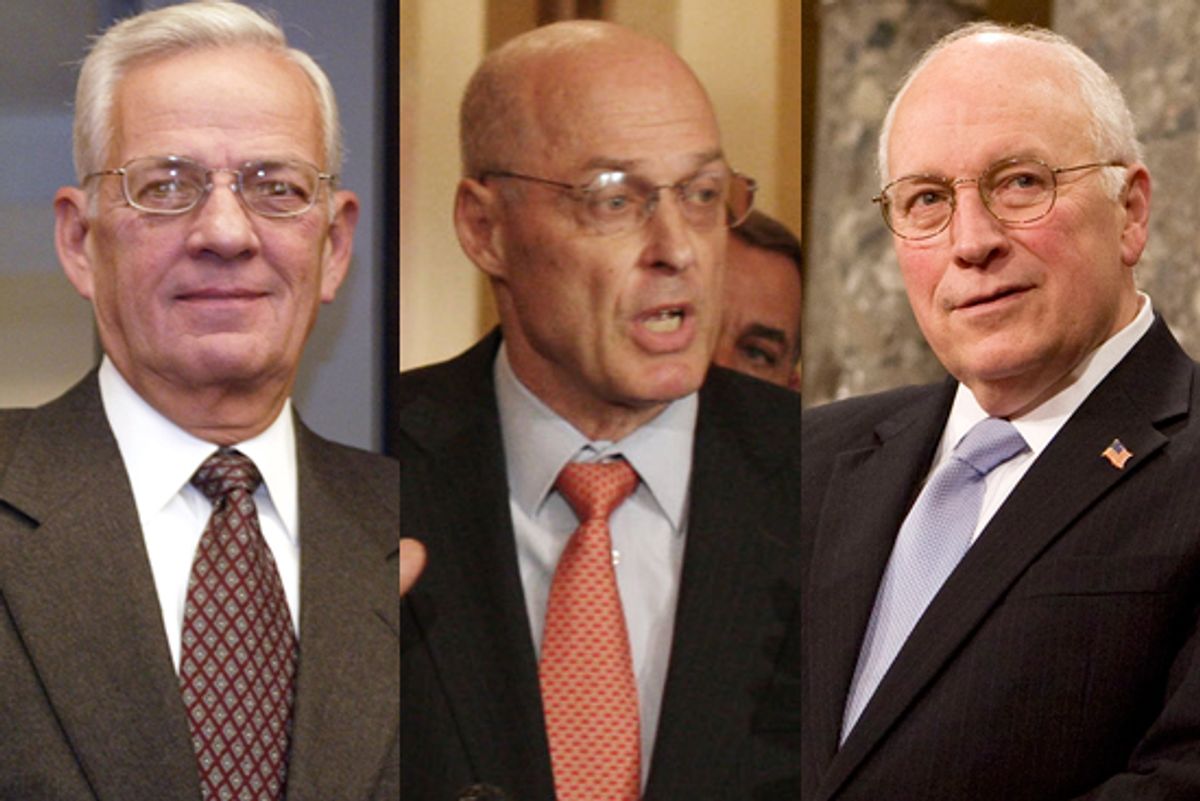 As long as the business press keeps mindlessly pushing the "Obama is anti-business" narrative, I'm going to keep doing my best to mock it. The latest flabbergaster: Bloomberg News' Mike Dorning and Kate Andersen Brower tell us the following important information.

I'm not sure why Dorning and Brower overlooked Bush's first two Treasury Secretaries -- both John Snow and Paul O'Neill were former CEOs. And let us not forget that George Bush himself was our first "M.B.A. president."

And what, exactly, did that get us? You would imagine, for starters, that an administration packed with CEOs would understand the importance of balancing revenue with expenses. But such elementary textbook considerations don't seem to have been part of Bush's business school curriculum. Tax cuts, wars, drug benefits -- nothing was paid for, and the country hurtled straight from the black to the deep deep red, leaving it completely unprepared for a major crisis. Nor did the presence of all that CEO talent do anything to prevent the country from sliding into the worst economic crisis since the Great Depression. If George Bush's government was a publicly-owned corporation, it would have had to declare bankruptcy.

Hmmm. On second thought, the Bush administration did do a pretty good job of imitating a modern American corporation -- the White House piled up debt, focused blindly on short term considerations, and in the end, everybody at the top ended up quite well set, financially, while the bulk of the employees/shareholders/citizens at the bottom got hammered.

As for Robert Rubin, no one has demolished his record more efficiently than Felix Salmon, earlier this year, in the masterful "Blaming Rubin." I'll quote just the final conclusion:

He, more than any other individual, deserves an enormous amount of blame for the financial crisis.

Remind me, again, why it is considered a good idea to have a CEO in an administration?