Cheers to drinking during pregnancy! 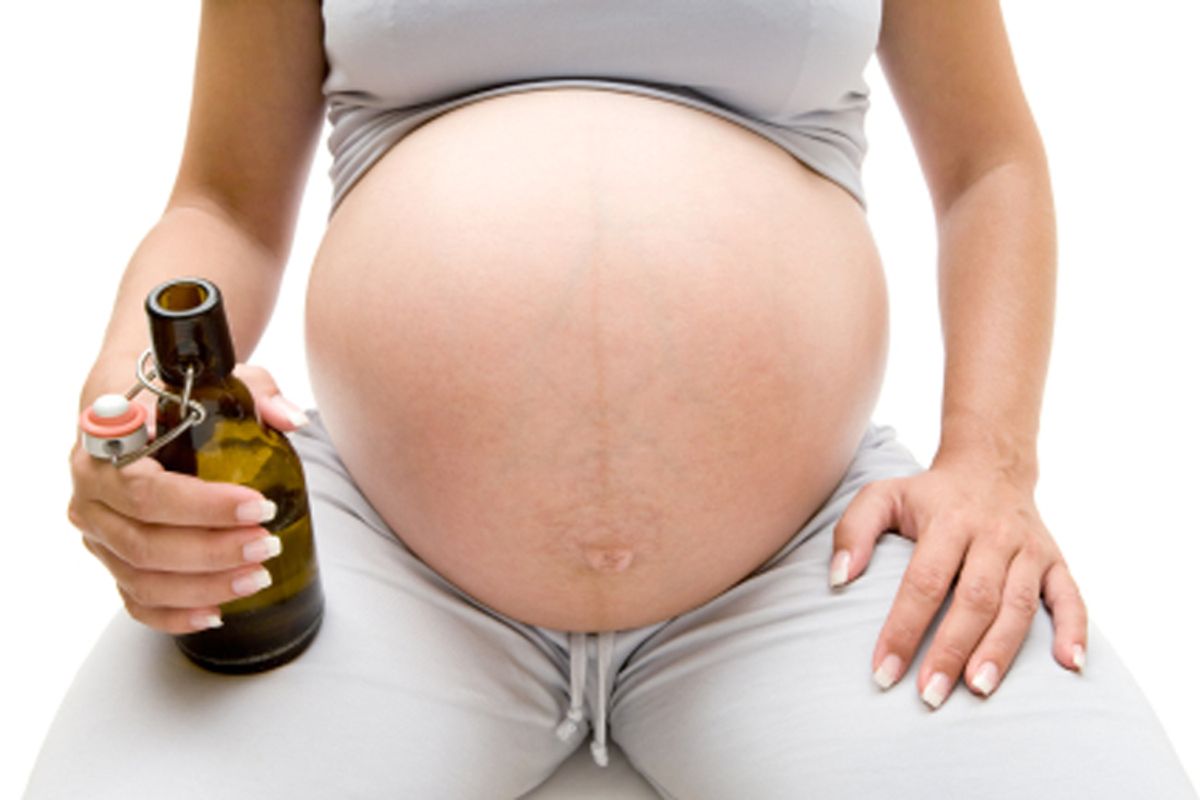 This just in: A drink now and then during pregnancy will not automatically turn your child into a developmentally delayed sociopath. But hold the champagne -- and don't expect your neighborhood mothers-to-be to start hitting happy hour after their prenatal yoga classes.

A study released Tuesday in the Journal of Epidemiology and Community Health that tracked 11,500 British children found that the offspring of women who drank "lightly" during pregnancy -- one or two drinks a week -- not only fared no worse in cognitive ability than children of mothers who didn't drink at all, but they actually did slightly better in certain tests.

But lest every knocked-up woman from here to Fairbanks should take a sudden notion to fire up the beer bong, the news came with the warning, as Discovery put it Thursday, that "It is still unsafe to drink heavily or binge during pregnancy."  And Time was quick to point out that pinot noir alone won't get your fetus into Harvard: The study is likely just a reflection that "maternal education and income tend to be higher in light drinkers."

It's all sound and important information, and no one wants to return to the Betty Draper era of martinis and Pall Malls as acceptable maternity accessories. Yet the hasty "It's OK to have a drink, but don't get out of hand" message makes it clear that the anxiety around pregnancy -- and the ownership that society as a whole feels toward its mothers-to-be -- are powerful forces. When guides like the almighty "What to Expect" and the Mayo Clinic urge women "The safest bet is to avoid alcohol entirely," it's easy to understand why a lady with a bulging belly and can of Coors in her hand is likely to ruffle feathers. This summer, a New Orleans bar gained national attention -- and wildly divided arguments -- after refusing to serve a glass of wine to a seven-months-pregnant patron.

Regardless of whether there's any proof that a now and then glass of wine actually does harm, it just looks wrong, right? And it's not just alcohol; during my two pregnancies I had no trouble forgoing booze but had to accept the scolding looks and occasional unsolicited "helpful" remarks whenever I had coffee or lunch meat. Actual quote from deli counter lady, glaring at my belly: "Salami? Really? REALLY?"

Most non-crazy, non-addicted people don't want to be complicit in the harming of a baby. But the peril for pregnant women is that their bodies tend to be regarded as public property, and even total strangers will feel the right to a vote in how that property is fed, slaked and used. A drink or two a week during pregnancy may not affect a woman's growing child, but there's still no protection at all from the withering scorn of restaurant servers and baby guide writers.