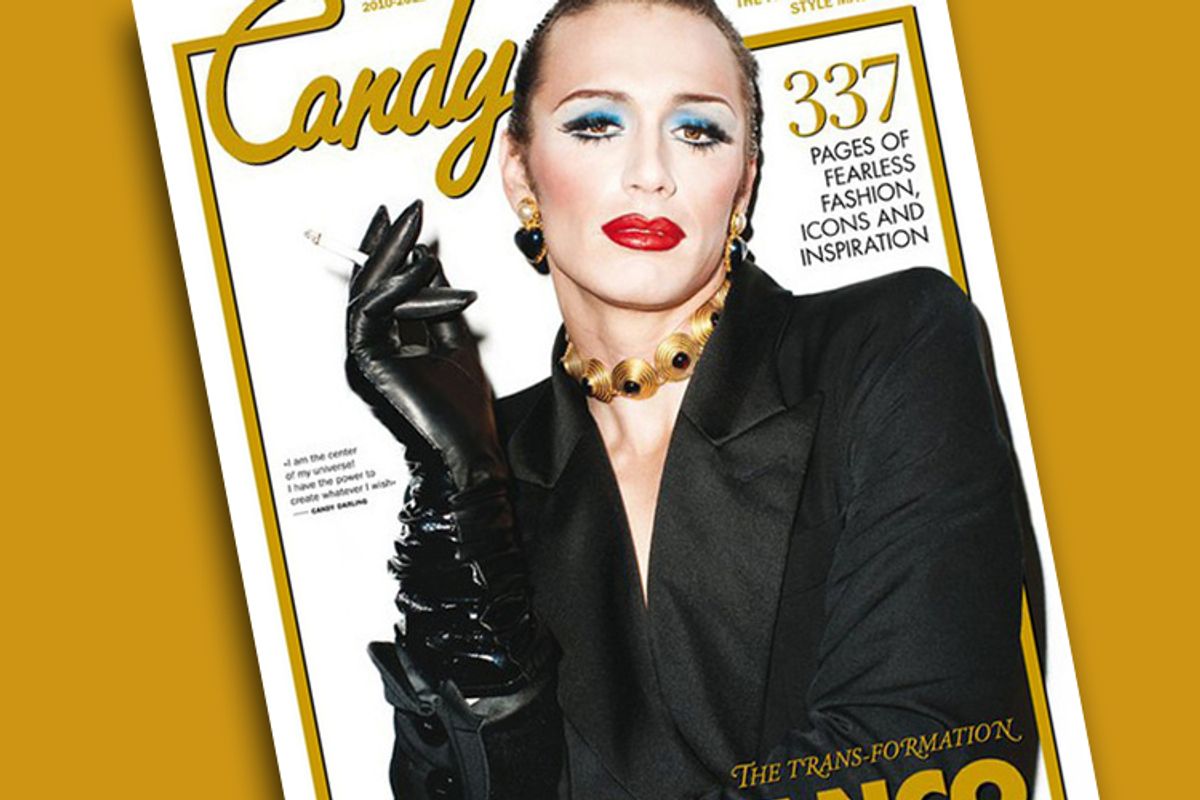 Behold James Franco, the most emotionally secure man in the world. The artist, writer, Salon's sexiest man and daytime TV dabbler is now the prettiest darn drag queen of the month, gracing the cover of Candy, the new magazine of "transvestism, transexuality, cross dressing, and androgyny." Shot by legendary photographer/creep Terry Richardson, the image of gorgeously lipsticked Franco proves there's at least one person in America who can rock blue eye shadow.

Franco, who recently starred as Allen Ginsberg in "Howl" and graced the cover of the Advocate, is surely well aware that every time he kisses a dude in a movie or dons earrings for the cover of a magazine, audiences are going to wonder if he's really as straight as he claims he is. Gawker today winkingly described him as the man who "says he's not gay, just gay-seeming and really into art." But unlike other performers who flirt with the gay fan base while aggressively flaunting their "I am so totally hetero" cred at the nearest Scores, Franco seems unrelentingly content to be exactly who he is. He doesn't publicly fret about explaining himself or justifying his actions -- he takes risks and tries different things with an eminently, enviably limitless capacity for zestful curiosity. So why did he appear in a drag magazine, which doesn't have quite the same circulation as, say, Esquire?  Probably for the same reason he writes novels and guests on "General Hospital" -- because it might be fun. That's what makes him appealingly unique -- he's an 800-pound gorilla in high heels. You know what James Franco does? Anything he wants.