A shortcut to the 2012 Republican hopeful's website is controlled... by the Libyans! 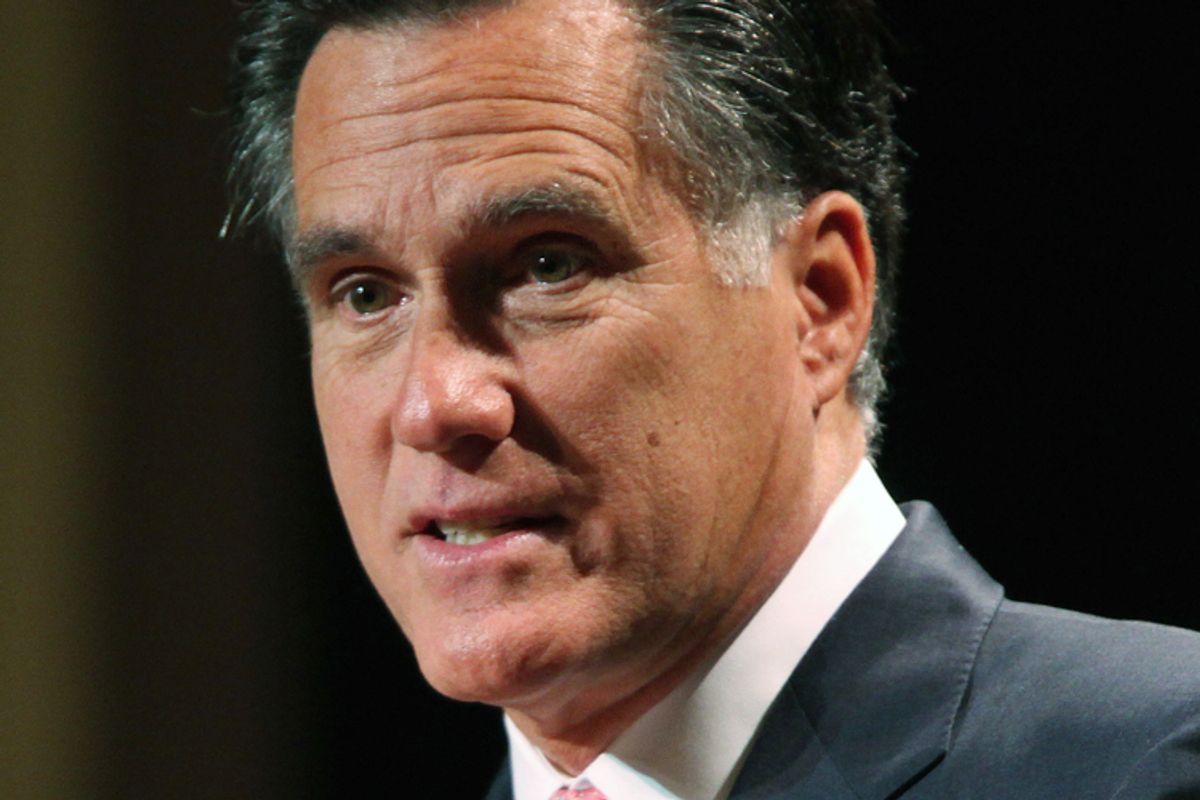 URL-shortening services have become an essential and ubiquitous internet tool, in large part because of Twitter's character limit. Many of them -- including Bit.ly, the most popular -- use the .ly domain, because it's only two characters and you can make cute little words -- like Bit.ly -- with it. But very people knew before today that .ly is the official domain of the nation of Libya. Which means it's governed by Libyan law. Or, as a fear-mongering would-be GOP nominee for president might call it, Sharia law.

Early this morning, Libya shut down an "adult-friendly" URL-shortening service called vb.ly, run by Violet Blue and Ben Metcalfe. (Their crime against decency: Blue's scandalously bare arms.) And since June of this year, Libya has forbidden non-Libyans from registering .ly domains with less than 4 characters.

Here's the fun part: For some reason, Republican 2012 front-runner Mitt Romney has a .ly shortcut to his PAC website. It's Mitt.ly. Or it was Mitt.ly, until the news broke that his Internet shortcut was an integral part of the creeping advance of Islamofascism.

And so, he's changing it. To "Mitt.tt." (Pronounced "Mitttt.") The .tt domain belongs to Trinidad and Tobago, so now Romney is just endorsing the racy costumes and lascivious dancing of Carnival.