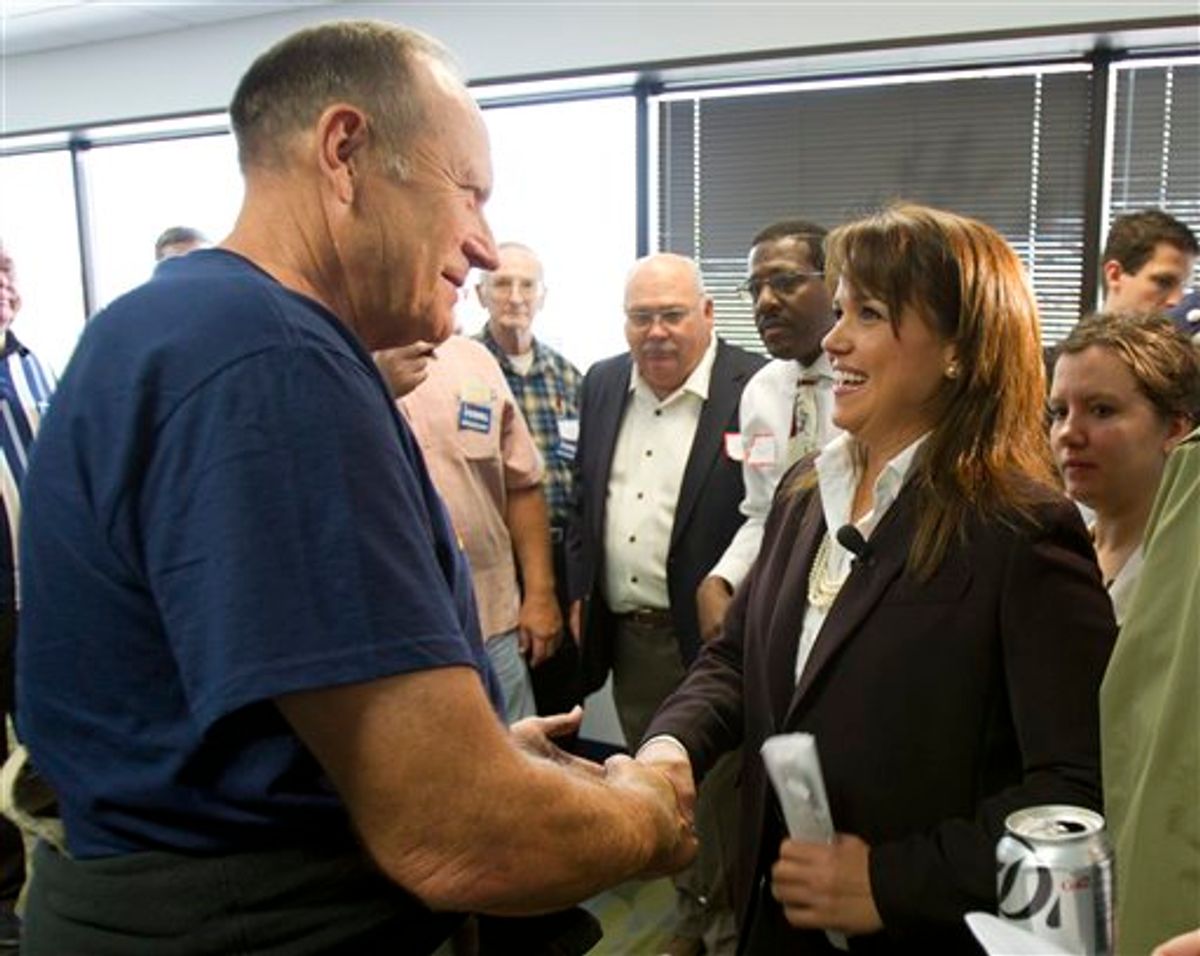 A new poll shows Republican Christine O'Donnell badly trailing Democrat Chris Coons in a Delaware Senate race that Republicans were heavily favored to win until the tea party-backed O'Donnell pulled off an upset in the GOP primary last month.

The survey released Wednesday by Fairleigh Dickinson University-PublicMind found Coons leading O'Donnell 53 percent to 36 percent. It shows O'Donnell struggling within her own party, with only about two-thirds of Republicans saying they support her.

It also found that O'Donnell's primary opponent, Rep. Mike Castle, would have a strong lead if he were the GOP nominee.

The statewide survey of 801 likely voters was conducted Sept. 27 to Oct. 3. It has a margin of error of 3.5 percentage points.