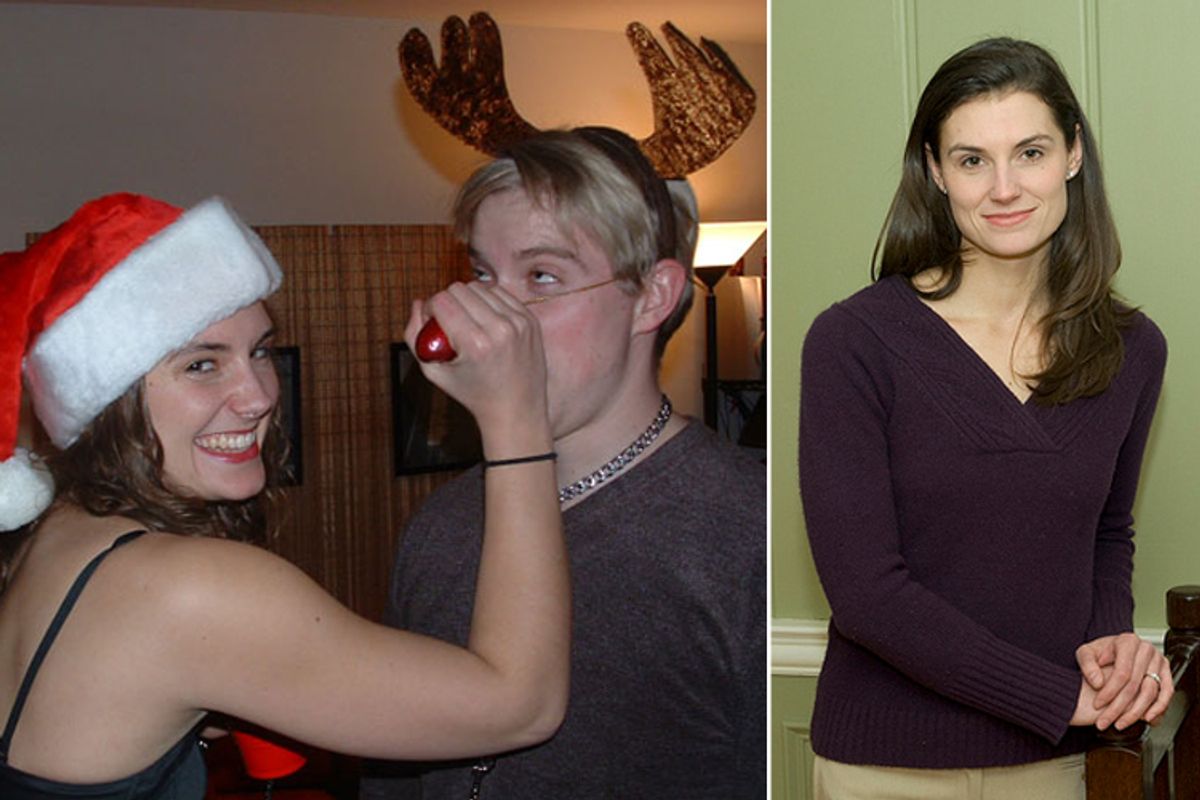 Her name is -- no joke -- Krystal Ball and she is now a 28-year-old mother and wife. Despite her name, she apparently didn't predict that these snapshots might damage her future political career. The photos were leaked this week and showed up on a couple of conservative websites along with some cutting commentary. (This led a co-worker to write in an e-mail: "Why is the GOP waging war on Sexy Christmas?") On Wednesday, Ball's campaign released a press release decrying the "smear campaign" against her. That was the very first I had heard of this local scandal, which raised my skepticism. Was it just a craven attempt to increase name exposure and get national attention at any cost?

Of course, it's impossible to say for sure, but there's no question Ball is taking the issue seriously. In a phone interview with Salon, Ball said she is speaking out as a means of fighting the "politics of personal destruction." She added that she's concerned about the lack of young women's voices in politics and said, "I don't want other young women who might have an embarrassing photo out there to feel like they can't run for office because of that." She pointed to Christine O'Donnell and Sarah Palin -- whom she disagrees with politically, she was careful to note -- as examples of women who have encountered similar attacks. "I do think that this line of attack is very sexist," she told Salon by phone. "I do think that women are held to a double standard in this regard." (She gives Sen. Scott Brown, a former nude centerfold, as an example.)

It seems to me that this is a growing issue for both women and men as more and more of our personal lives are recorded and documented online, and Ball agrees. "It's going to become increasingly common as my generation steps up and runs for office more frequently," she said. "I suspect that more people will get used to that and they already are. But because we're still in the early phases of that, it was important for me to get out in front of this." In the meantime, her message to young women is to "not give in to the embarrassment and shame" -- and, of course, to vote for her.