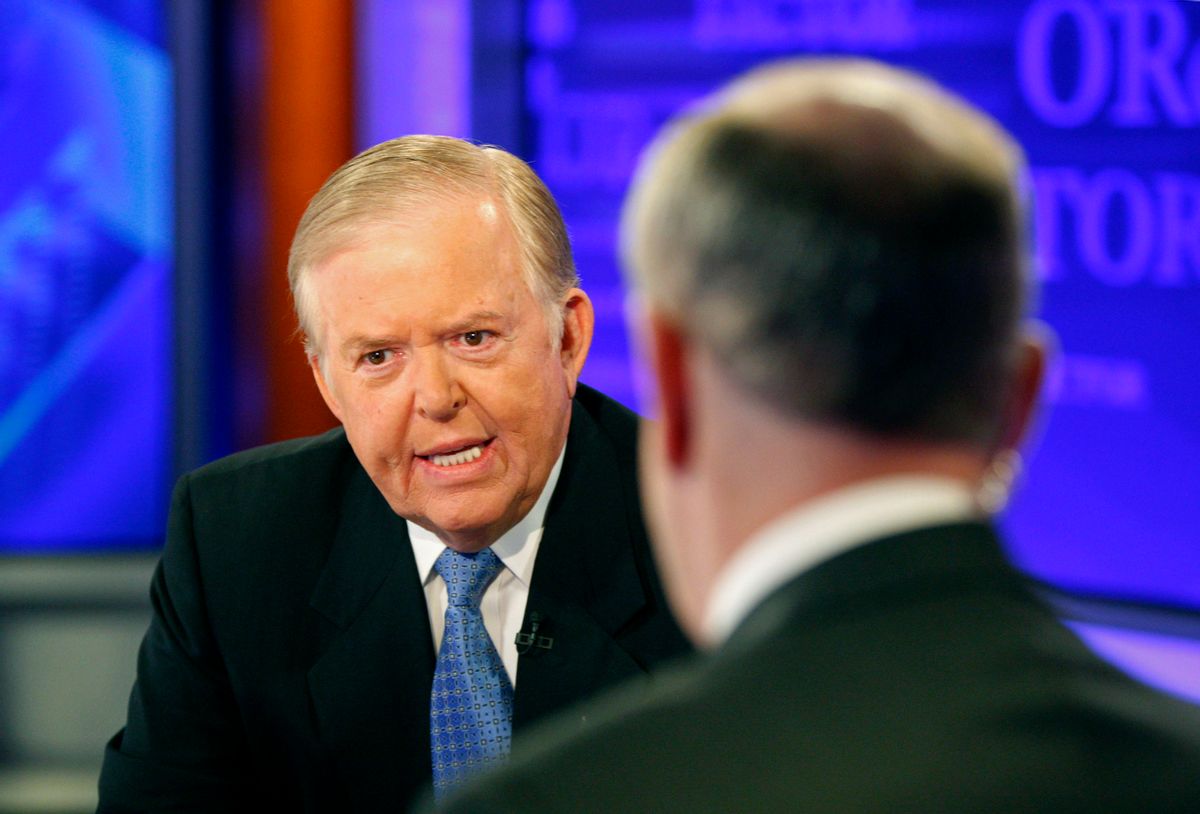 For years, Lou Dobbs made millions of dollars a year sputtering in rage every night on CNN against illegal immigrants -- and the employers who hired them. But then he nimbly flipped around and spent some of that cash paying undocumented workers to take care of his mansions and prize horses. Isabel Macdonald nails him to the wall at the Nation.

Based on a yearlong investigation, including interviews with five immigrants who worked without papers on his properties, The Nation and the Investigative Fund at The Nation Institute have found that Dobbs has relied for years on undocumented labor for the upkeep of his multimillion-dollar estates and the horses he keeps for his 22-year-old daughter, Hillary, a champion show jumper.

Not to detract in any way from Macdonald's fine investigative reporting, but it's just a bit amazing that it took this long to hoist Dobbs on his own vile, demagoguing, nativist petard. The world of thoroughbred horses has long relied on immigrant labor (legal and illegal), and one imagines it would be a trifle difficult to find a multimillion-dollar estate in the United States in which there were not any undocumented workers busy pruning bushes. Long hours, lousy working conditions, backbreaking labor, low pay? Put those conditions together and you will find illegal immigrants.

From time to time Dobbs has dropped coy hints of a plan for a second career in politics -- as senator, or even president. Kudos to the Nation for staking those ambitions through the heart. It's become routine in American life to see preachers found guilty of the supposed "sins" that they decry from the pulpit. But for Lou Dobbs to be convicted of exploiting illegal immigrant labor -- that's special.