As a lawyer, I expected to despise the woman who abandoned her family. Seeing her on the stand, I feel pity instead 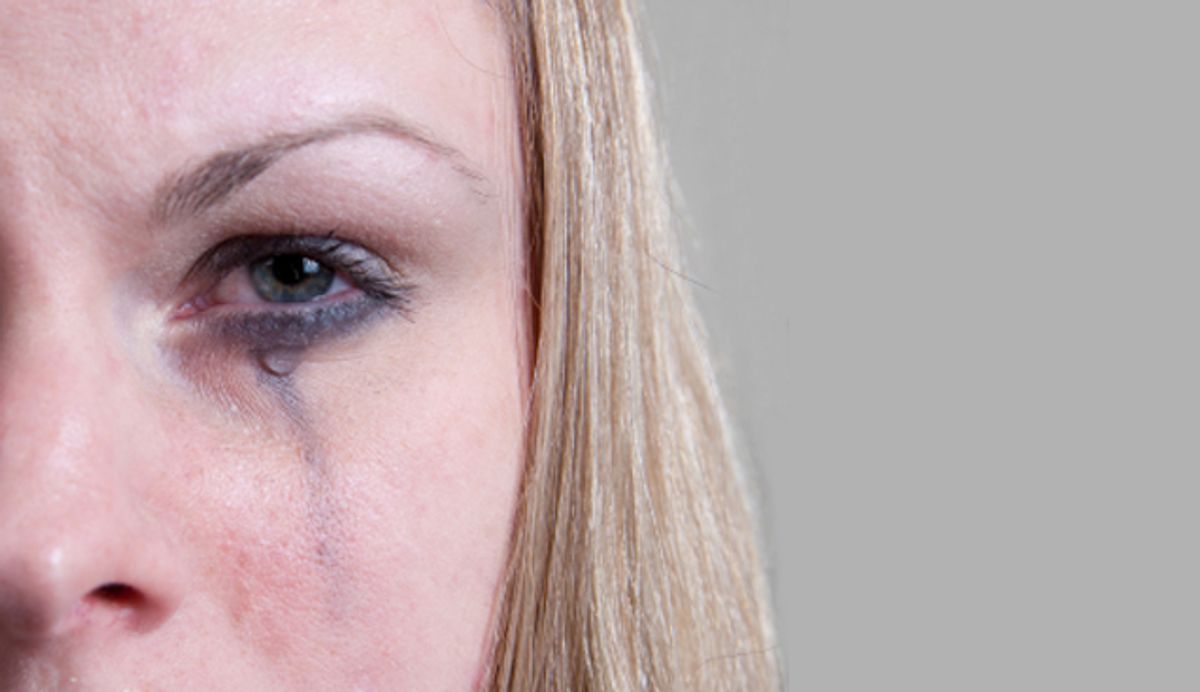 I walked into the courthouse prepared to hate the woman.

"She abandoned us," my client had told me. She was never the kind of woman you marry, he'd said. He should have known. They'd been married less than a year when she packed her clothes in a single cardboard box and drove off, leaving him. Leaving their infant daughter.

So when I pushed my way through the ancient revolving door of the common pleas court, I was ready to hate her.

My heels clicked against the marble floor as I passed offices and small clusters of lawyers waiting outside courtrooms. Everything echoes in these places -- voices bounce off walls and repeat themselves over and over again, traveling with you as you move down corridors lined with paintings of stern-faced judges and old presidents. Time feels heavy, the minutes weighted down by grief and anxiety.

I found my client sitting on one of the church pews that line the walls. In a country careful to separate state and religious matters, I've always found it amusing that pews make up most of the public seating in courthouses. I suppose the government didn't want churches to have a monopoly on uncomfortable furniture. My client smiled and stood when he saw me. Tall and lanky, he has the ruddy, windblown complexion of someone who spends most of his time outdoors. He'd worn dark blue Dockers and a plain white dress shirt -- sharp creases neatly pressed along the sleeves -- but there wasn't much he could do about the mop of unruly curls. We shook hands and sat down, and I flipped open my leather satchel as I glanced down the hallway to look for his ex-wife.

"Is she here?" I asked quietly.

"Not yet," He watched me pull out his file and a pen. "What will happen if she doesn't show?"

I sighed. "I wish I could say for sure. It depends on the magistrate. Hopefully we'll at least get the support payments stopped."

He'd never had much money and certainly not enough to hire a lawyer when his wife had left him six years earlier. So he'd handled the divorce himself, stumbling through the process and ending up with shared parenting -- something that probably wouldn't have happened otherwise. A good lawyer would have been able to argue that his wife abandoned the baby. As it was, he'd been paying child support for six years, and his ex had never even seen the child. But she'd been careful to keep her address updated, and the support checks had been faithfully delivered. Money for a mother who couldn't be bothered to mother.

Oh yes, I was primed to hate her.

We waited for a while, making small talk and discussing the likely outcome of the hearing. After a minute, he stood and pulled his wallet from his back pocket, then carefully removed a small photo from the clear plastic sleeve, his hands rough and cracked along the knuckles from working construction. "That's Molly," he said proudly as I took it. "She's not smiling because she lost both front teeth and she's embarrassed." He sat back and watched me look at his treasure, as if he hoped I would like it and worried I might not find it beautiful.

But she was beautiful, his little girl, and I told him so. With small, delicate features and curls the same sandy blond as her dad's, she held the promise of achieving real beauty one day. Her glittery, bright pink Hello Kitty T-shirt was just the sort of thing photographers recommend not wearing for personal portraits and something a man would put on his daughter for picture day, happy to accommodate her and not realizing the white cartoon kitten would draw the eye more readily than the solemn little face with its close-mouthed smile.

"You've done a good job with her," I told him as I handed back the picture. It couldn't have been easy, a man alone with a small daughter. I knew from looking over his financial history that, at times, he'd worked two jobs so he could afford a day care closer to his main job site.

Like most areas of law, custody disputes are rarely black and white. Most of the time, they're a whole lot of gray. Each side is angry and bitter and willing to throw their children in front of the judge like two women fighting over a baby before Solomon. My mom liked to build her case around pictures. I was 5 when she lost custody, and each weekend she would unpack my clothes and order me to stand still while she held them up to my shoulders and shook her head. "Two sizes too big. Jesus Christ." She'd hold up her Polaroid while I stood across the room in my pink Michael Jackson jacket with multiple zippered pockets, sleeves unrolled to hang by my knees, and order, "No, don't smile. It's not that kind of picture."

Most custody disputes are gray, but this one was a clear, bright white. For once, I was firmly on the side of good. And I felt a rush of indignation laced with adrenaline as the bailiff called our names and we walked into the courtroom. This was going to be easy. I had to win this one.

I'd been talking for about 10 minutes when the door swung open behind me and I turned to see the bailiff escorting a small blond woman into the courtroom, her flip-flops snapping as she walked to the table opposite the one where I stood with my client sitting next to me.

She was nervous. She had nothing with her except a small purse that she sat on the table, then picked back up to move it to the floor by her feet. Her natural hair color was lighter than her daughter's but dyed black underneath. Her face would have been pretty if she hadn't ruined it. The pockmarks of long-term drug use clustered around her mouth and her eyes were tired inside their rings of black eyeliner. When she looked at me, I noticed they were the same chocolate brown as her daughter's.

I was ready for her. When was the last time you saw your daughter? Six years. You've never seen her? No. Have you called her? No, I haven't. Do you know her phone number? No. So you haven't seen her since she was a baby? No. What school does she go to? I don't know. You don't know the name of her school? That's what I just said. Are you working? Yes, I'm a bartender. How long have you been at your current job? Six months. And before that? Before that, what? Before that, where did you work? I was unemployed. For how long? Two years. Before that, what did you do? I did some bartending. Why haven't you tried to see your daughter? I just couldn't.

"You couldn't what?" I demanded. "What couldn't you do? Pick up the phone?"

She looked down at her hands, which she'd folded together and placed on top of jeans-clad thighs. "I couldn't let her see ..." She shook her head. "I'm not ..." When she looked up at me, the brown eyes were soft behind her tears. She waved a hand, gesturing to herself. "I'm not able to do it," she blurted. "I'm not good or anything. It's the least I can do for her. I'll sign whatever."

The magistrate stopped me then, but I would have stopped anyway. I didn't have a judgment entry, so I sat down and wrote one out by hand. She'd waive all her rights to her daughter if my client would waive his right to receive child support.

My husband once told me, "You let things bother you too much."

"What do you mean?" I'd asked. We were folding clothes, something we do nearly every night. With three kids, laundry is an industrial chore, and we dump multiple loads on our bed and fold together while we watch trashy television and talk about the day.

He gave me a look over the mound of towels and onesies. "You let these cases get to you. You'll burn out," he warned.

I folded the pink T-shirt I was holding and placed it on top of my daughter's stack. Roughly 90 percent of her clothing is pink, so her pile isn't hard to find. I thought about the pink Michael Jackson jacket and pictured my mother marking Polaroids with exhibit numbers. "I won't burn out."

The promise of tears on the witness stand was the only time the woman came close to crying. She didn't cry when she signed the judgment entry. And she didn't cry when the magistrate asked her if she understood the agreement. She said yes, she understood and agreed to everything, and she picked up her purse and walked away, leaving behind the one gift she could give her daughter: freedom from a future of pain.

In the hallway, my client's voice bounced happily from one wall to the other. "I can't believe it! This is going to make my life so much easier, you have no idea." He grinned. "Christmas is going to be fun."

His joy was infectious, and I couldn't help smiling back at him. We parted with a handshake amid the echoes of the courthouse, and I made my way to the entrance. As I walked underneath the paintings, I felt my smile die by inches, sliding off my face as if it had never been. The revolving door whooshed with a rush of sharp fall air, and I made my way down the courthouse steps and into the street, feeling like the moment deserved some kind of musical accompaniment. Something bittersweet with strings that moves quickly and bruises the soul. But there wasn't any music and the only sounds that followed my walk were cars passing through the city and the footsteps of people rushing to get out of the cold.

When I walked in the door to my house, my daughter hurried to the top of the stairs like she always does and yelled, "Mommy!" with the unbridled glee exclusive to toddlers. I dropped my bag and got down on my knees to hug her.

My husband emerged from the kitchen with the baby on one hip and smiled at me. "Did you win?"

I nuzzled my cheek against my daughter's. "No."