Aaron Johnson plays the future Beatle as an angry, near-delinquent teen in a compelling family melodrama 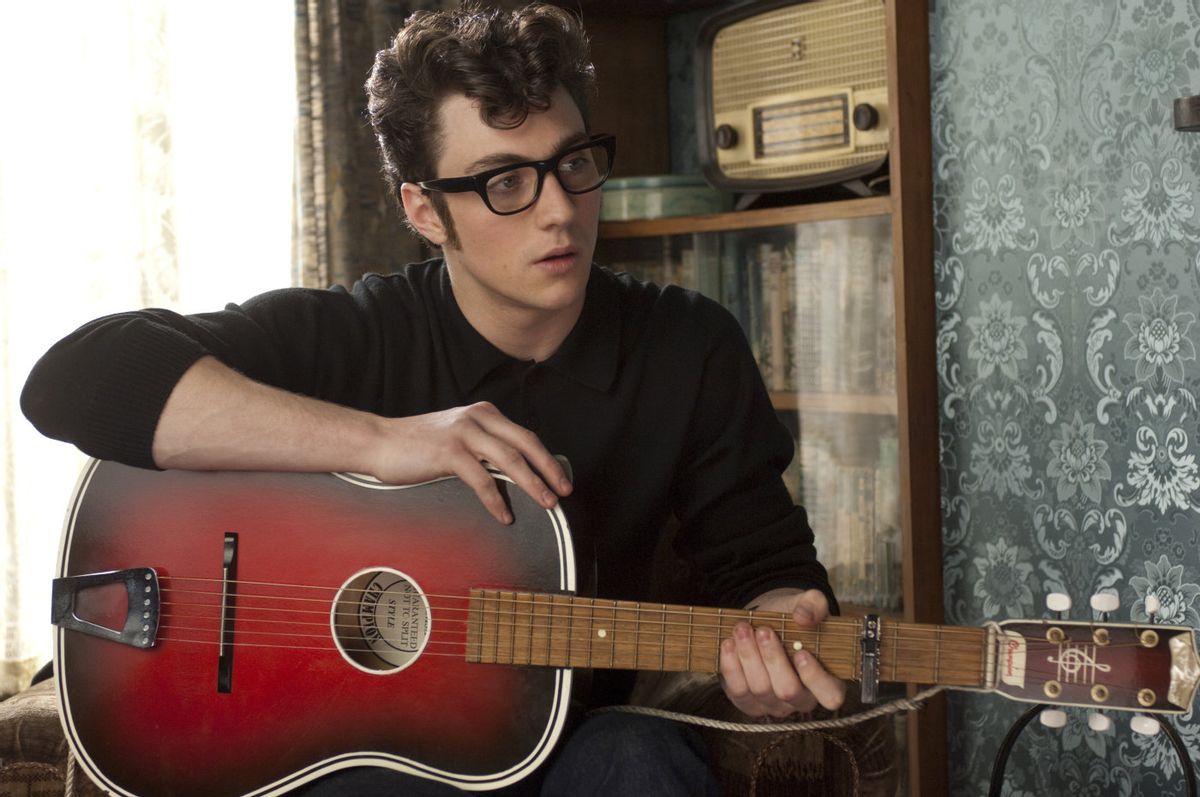 John Lennon would have turned 70 this week, and amid all the memorials and digital re-releases, fans should not overlook British artist-turned-filmmaker Sam Taylor-Wood's surprising "Nowhere Boy," a story about Lennon's teenage years in Liverpool that's adapted from a memoir by Julia Baird, his half-sister. "Nowhere Boy" is itself in danger of being swamped by tabloid headlines, largely because Taylor-Wood, who is 43 (and a woman, if you're wondering), recently had a baby with fiancé and rising star Aaron Johnson, who is 20 years old and plays Lennon in the film. So let's all cluck about that for a few minutes and then get back to this restrained and appealing movie, which is a whole lot less a rock 'n' roll biopic than a working-class kitchen-sink drama in the grand English tradition.

Here's what I wrote about "Nowhere Boy" last January after attending the film's Sundance premiere, with the celebrated couple in attendance. (I've made some edits for clarity and context.)

There is no more mythologized figure in the history of pop culture than John Lennon, unless it's Lennon's teenage idol, Elvis Presley. So I wasn't even sure I wanted to bother with Sam Taylor-Wood's "Nowhere Boy," a retelling of Lennon's late teen years in Liverpool, just before the creation of the Beatles. I'm glad I did. Aaron Johnson's hulking, almost loutish performance as the angry young Liverpudlian may displease some Lennon-worshipers, but the movie is an elegantly rendered surprise. This is a classic British family melodrama, anchored by one of the subtlest, richest roles in Kristin Scott Thomas' impressive career.

Johnson plays the 17-year-old Lennon as a boiling pit of anger and yearning. He's almost desperate for approval and affection (and convinced of his own genius) but covers that most of the time with a mask of sardonic, often cutting humor. "Why didn't God make me Elvis?" he jokes to his party-girl mother, Julia (a lovely, vulnerable performance from Anne-Marie Duff). "I'll get the bastard back for that."

Julia's answer -- "He was saving you for John Lennon!" -- reads on the page too much like movie dialogue, but Duff pulls it off. Matt Greenhalgh's adept and concise screenplay, based on a memoir by Lennon's half-sister, Julia Baird, generally avoids such pseudo-prophetic moments. (Greenhalgh also wrote "Control," Anton Corbijn's film about a doomed rock icon from a different era, Joy Division singer Ian Curtis.)

If this Lennon seems like an arrogant little shit, sometimes irresistible but often insufferable, Johnson and the filmmakers have based that characterization largely on Lennon's own reflections, particularly in post-Beatles interviews. More broadly, this Lennon is an almost archetypal angry young man or rebel schoolboy of British Isles fiction and drama, a Liverpool cousin of Stephen Dedalus or the kids in Lindsay Anderson's films, dreaming of escape from his strangled, provincial environment.

But as I mentioned earlier, "Nowhere Boy" isn't just about aspiring rock god John Lennon, and how he meets a couple of guitar-playing schoolmates named Paul (Thomas Sangster) and George (Sam Bell) and starts a skiffle band called the Quarrymen. Those things happen in the film, and Sangster is wonderful in limited screen time, playing 15-year-old McCartney as an angel-faced, serious-minded prodigy. "You don't seem much like a rock 'n' roll guy," John taunts him. "Why?" asks Paul. "Because I don't run around smashing things up and acting like a dick?"

That stuff is essentially context for the film's central drama, the three-way, push-pull relationship between John, his damaged and flighty mother, and his redoubtable Aunt Mimi (Scott Thomas), who raised John after both his parents abandoned him at age 5. Mimi is a fortress of middle-class English propriety against the heavily Irish, heavily working-class landscape of Liverpool. She refuses to grieve after her beloved husband dies ("It's just the two of us now, so let's get on with it," she tells John), runs a rigorous household of proper teatimes and dinnertimes and is of course predictably suspicious of John's rock 'n' roll dreams. You watch Scott Thomas as Aunt Mimi and as the deranged French housewife in the recent "Leaving," and she barely seems like the same person; I'm not sure there's another living actress with this breadth and range.

"Nowhere Boy" is less concerned with a boy's first steps toward stardom than with his first steps toward emotional maturity, and those lessons are all provided by Mimi, not by John's irresistible, unstable and profoundly unreliable mother. Julia takes him on day trips to Blackpool, dances with him to Screamin' Jay Hawkins records, showers him with borderline-inappropriate affection and then disappears, both emotionally and actually. Mimi, on the other hand, put in the hard work of preparing a brilliant but deeply wounded child for the heavy lifting of manhood -- and the film makes a strong case that without her influence John Lennon would never have become John Lennon. Scott Thomas' delicate, ferocious performance captures a woman quietly at war with herself, who begins to realize that her vision of respectability may not fit the remarkable young man in her care.

A packed house of Sundance civilians and celebrities, including Elton John, gave "Nowhere Boy" an extended ovation, and then sat reverently while Taylor-Wood delivered droll anecdotes about her phone conversations with Paul McCartney and Yoko Ono, who both, slowly and incrementally, gave the film their blessing. "I'd be shopping in the supermarket and, oh my God, it's Paul -- Sir Paul! -- on the phone," she told us. "He'd just give me some little tidbit, something he remembered about John or about Mimi, and then he'd hang up."