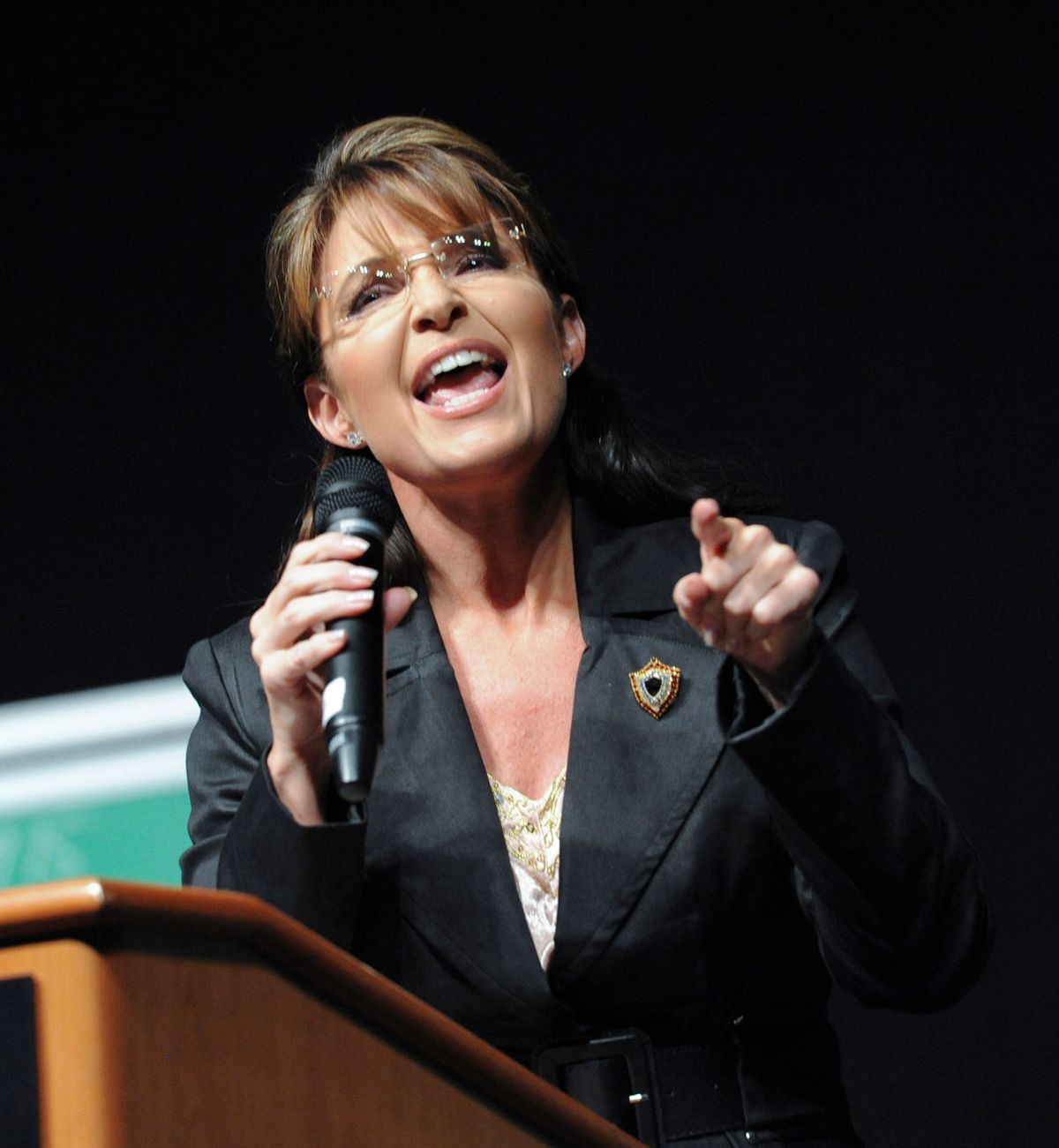 According to a new CBS poll, America really doesn't care for Sarah Palin. She is viewed favorably by 22% of Americans, and unfavorably by 48%. Those are not great numbers for a potential 2012 candidate.

One problem is that powerful female politicians tend to be divisive, to say the least. In a New York Times/CBS poll from the summer of 2007, Hillary Clinton was viewed unfavorably by 42% of registered voters. She polled as high as 46% unfavorable before that. (Gallup had her at 50% unfavorable.) Everyone also began hating San Francisco liberal Nancy Pelosi once she became Speaker of the House.

All these women have been relentlessly demonized by their political opponents. And for different reasons, they're all pretty easy targets (Pelosi, for one, never really seems to care). But these Palin numbers should be mentioned whenever anyone describes her as a front-runner for the 2012 nomination.

The polls also serve as a reminder that the Fox/Tea Party bloc of enraged older white people, for all their bluster about taking "their" country back, represent a sliver of the population.

Palin's numbers are far better among Americans who have a favorable view of the Tea Party movement. Sixty-one percent of that group views her favorably, while just 14 percent view her unfavorably. One in four aren't sure.

And a big majority of Americans have no opinion or are undecided about the tea party movement itself.

(According to a recent NBC/Wall Street Journal poll, Mitt Romney is viewed unfavorably by a mere 30% of Americans.)