Journalism students create calendar tributes -- one with scantily clad women, the other with tough questions 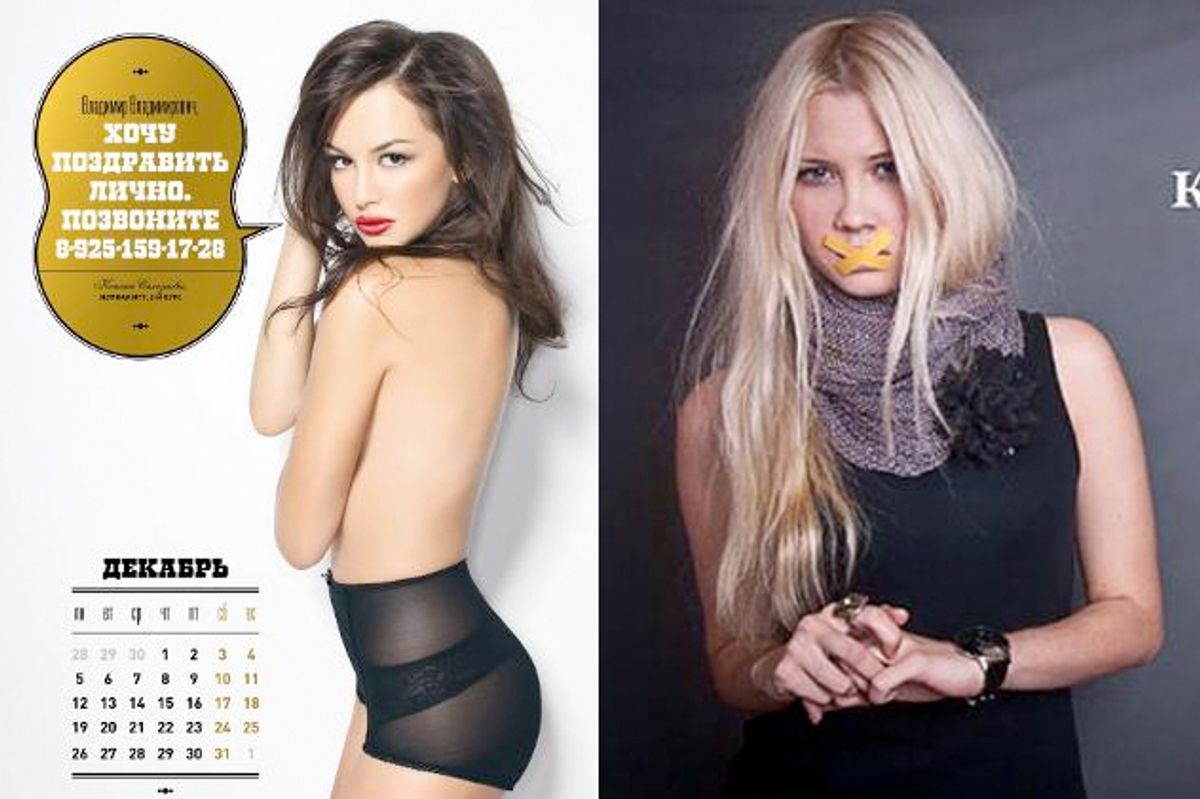 Earlier this week, female journalism students at Moscow State University published a sexy calendar in honor of Vladimir Putin's 58th birthday. Each of the 12 students pose in revealing garb and deliver a personal message to the prime minister. Miss March, for example, says: "You put out the forest fires, but I'm still burning." Rawr. Perhaps these fledgling journalists have heard about the current state of the industry and are instead gunning for gigs as governmental flacks.

In an interesting twist, another group of female journalism students has responded by releasing a calendar tribute to Putin -- but this one is not so flattering. These young ladies pose fully clothed with tape over their mouths alongside touchy questions like, "Who killed Anna Politkovskaya?" and "When will they free Mikhail Khodorkovsky?" The aim, says Miss March and April, Elizaveta Menshchikova, was to show "there are other people who study at this faculty who are interested in their profession, who are interested in what is going on in their country."