This is not what recovery looks like. Economy sheds more jobs as local governments cut payrolls -- gloom deepens 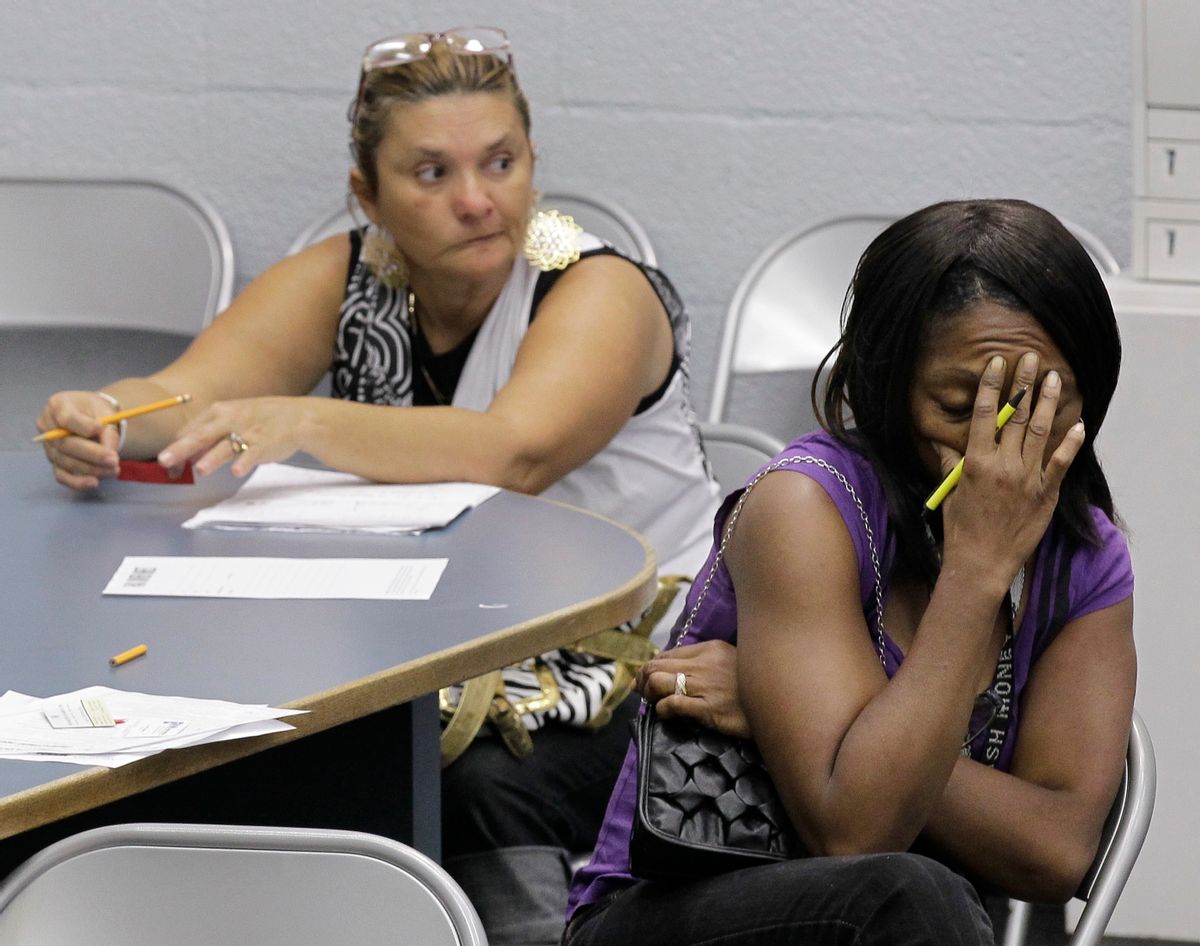 The last monthly labor report before the midterm election has arrived, and it does not contain good news -- the U.S. economy shed 95,000 jobs in September. The unemployment rate remained unchanged at 9.6 percent.

The White House will try to emphasize the positive:  the private sector added 64,000 jobs, continuing a steady, if slow, upward trend. But that was below the consensus expectation of economists and public sector performance should be ringing alarm bells. Government employment fell by 159,000 and only about half of that can be accounted for by the last batch of Census hires finally being removed from the rolls. Local governments shed 76,000 jobs.

The broadest measure of unemployment -- the so-called "U-6" number -- jumped up to 17.1 percent from 16.7, largely as a result of a big, 612,000 increase in the number of persons employed part time for economic reasons -- a.k.a. "involuntary part-time workers."

There is no sugarcoating that number. The U.S. economy is seriously stressed, and the incumbent party is going to pay the price at the polls in a few weeks.