The greatest off-season BLT on earth

Bacon, lettuce and tomato is what summer is all about. But this sandwich will make you forget the season's over 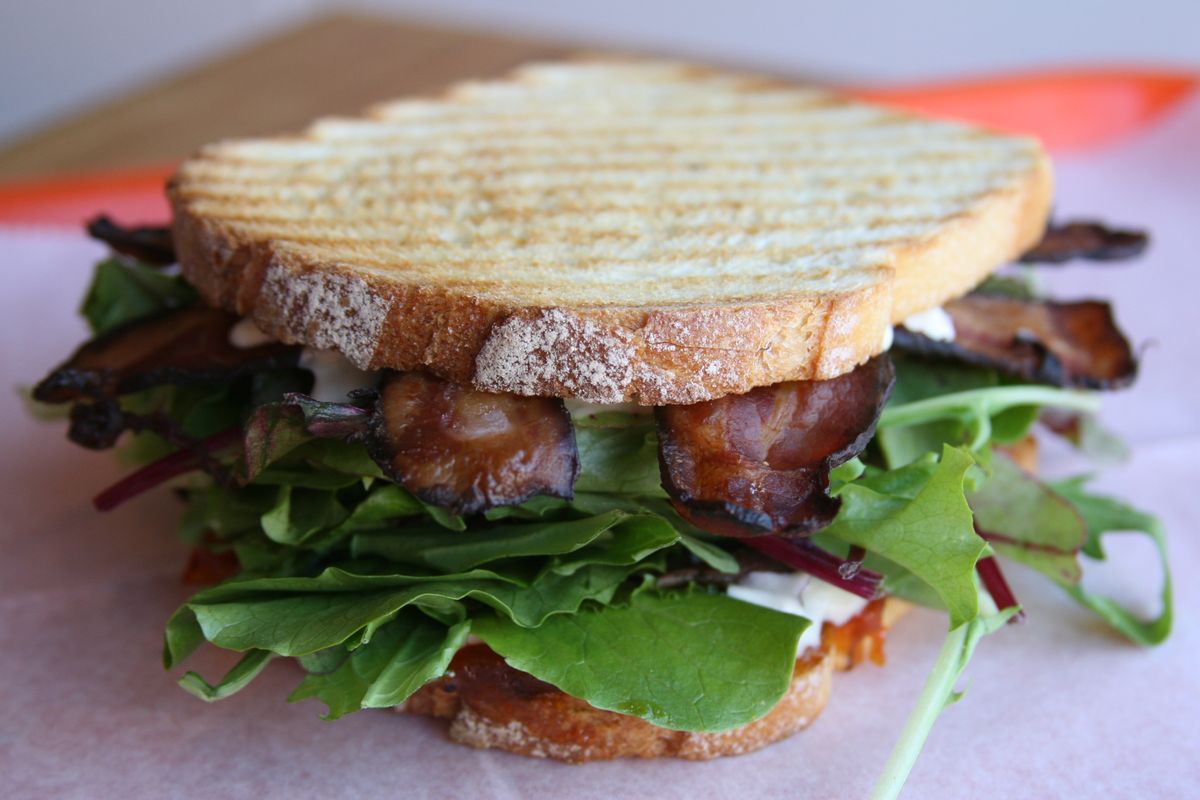 My friend Chuck has a way with his enthusiasms.

An endless charmer with superb taste in everything from food to fancy candles to women, all he has to do is flash a smile and raise his eyebrows for me to know that he's onto something good.

There are few people I know who have as passionate, if not sordid, a relationship with tomatoes as I do, and I owe my slavish devotion to them to the moment in cooking school when he gave me that smile and handed me a little Sungold sugar-bomb. I started cursing involuntarily.

And so, when he called me the other day excitedly to tell me about the Tijuana at his Boston sandwich shop Cutty's, I was ready to listen.

"TJ! Tomato jam," he finally managed. He just made a tomato jam so good he could hardly understand why just shouting about his Tijuana wouldn't be enough for me to understand what he was talking about.

Later, and in a saner state, he told me that after a summer where he sold/ate 100 pounds of amazing tomatoes in bacon, lettuce and tomato sandwiches, he mourned the end of the season with a special ache.

"I started making this in the beginning of summer, when people wanted to eat something lighter, but before the local tomatoes actually started to come in. So without the real thing, I took some regular old supermarket tomatoes and cooked them down with some accents to bring out their essence. Now that summer's over, I brought it back because I'm not ready to say goodbye to BLTs just yet. "

I took a bite of the BLTJ. "Oh, dear God," I muttered. It had almost everything you want in a great BLT -- crisp, smoky, fatty pig, freshness from the greens, sweet tart tomato, and our friend mayo holding it all together -- only with a denser, more complex character, one that kept unfurling with every chew.

"Oh yeah. There's a lot of goodness going around there," he said. Up at the counter, the cashier called an order back to the kitchen. "Tijuana!" she yelled. Chuck raised his eyebrows and smiled.

The fist-pumping tomato jam isn't the only reason that Cutty's BLTJ is a sterling sandwich. Composition, the skill of arranging the ingredients, is an underheralded art, but it has a real effect on how the flavors hit your palate.