This week in crazy: Bob Woodward

Is it possible that the world's most successful political reporter actually does not understand politics? 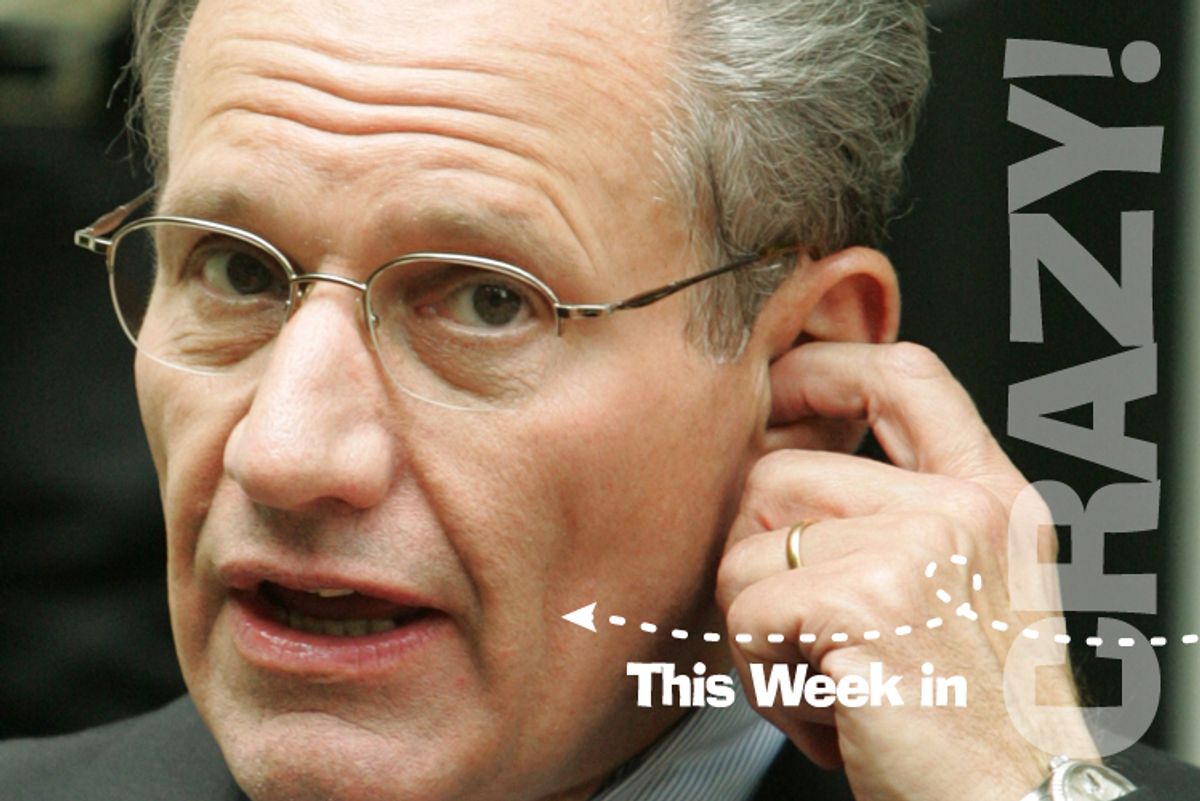 On Tuesday, Bob Woodward did one of those things that makes the entire stupid cable news ecosystem go nuts for 24 hours: He claimed, based on supposed inside info, that something plainly ludicrous was probably going to happen. CNN's John King (USA) started it, of course. He held up Woodward's book, then repeated some of that idle Beltway "gossip" that is usually just made up by pundits wishing to speculate. "You know the talk in town, a lotta people think if the president looks a little weak going into 2012, he'll have to do a switch there, and run with Hillary Clinton as his running mate."

Now, first of all, "a lotta people" do not actually "think" that will happen. It's something pundits like Mark Halperin fantasize about. But wishful thinking is not the same as an actual reasonable prediction of future events.

So, King asks Bob Woodward, America's most famous journalist -- the man who speaks to everyone worth speaking to in the corridors of power, who just finished what he always refers to as "hundreds of hours" of interviews with everyone at the White House from the president on down -- did he hear anything about a shocking and unprecedented Clinton-Biden switch?

"It's on the table," Woodward said.

Wow! Except, as the Atlantic's Marc Ambinder succinctly tweeted: "No, it's not."

Does the world's most successful political reporter actually not understand politics? That's what Ambinder went on to argue in a piece that was also an amusing parody of Woodward's omniscient third-person prose:

"I can't believe Woodward would say something like that," Ambinder told his editor, Bob Cohn, over coffee in Cohn's Watergate office the next day. "It suggests that he knows next to nothing about the president's actual relationship with his vice president and secretary of state ... or that he has done no reporting on the question at all. Which is absurd, because Woodward is a reporter's reporter."

Then again, Ambinder thought privately, one of the senior policymakers who played a starring role in Woodward's latest book had characterized its conclusions as "60 percent right, 40 percent completely wrong." And that was from a policymaker who came across favorably in the book.

Woodward is notorious for giving favorable coverage in his books to the people who talk to him the most (and for worshiping certain members of the military, especially when they're engaged in policy battles with civilian leadership). But does the guy actually believe what his odious sources tell him in his lovely Georgetown home? Does he buy their lies? Does the guy who took down Nixon think political operatives are trustworthy?

Here's a big red flag: His source on the Biden-Clinton switch was apparently pollster grifter Mark Penn. Penn is a professional liar and nearly every political decision he made while attempting to steer Hillary Clinton's 2008 presidential campaign was epically, historically stupid.

So Woodward was just repeating half-baked speculative nonsense from professional (and inept) Clinton-booster Mark Penn as if it was something serious people in the White House were considering.

Faced with unequivocal denials from the White House, Woodward "clarified."

In response to the White House's pushback against his idea that Hillary Rodham Clinton and Joseph R. Biden Jr. might exchange places, Bob Woodward said this afternoon that the idea of a Biden-Clinton swap is "on the table" in the sense that "any legitimate vote-getting strategy is always on the table in politics."

That's a great bit of weaselly backtracking from a reporter supposedly charged with keeping politicians honest.

Believing that a sitting president would seriously consider replacing his running mate for reasons not involving some horrific scandal belies a truly weird understanding of history and politics for a man who's been covering Washington since the only time in the post-WWII era when a vice-president actually was replaced on a national ticket.

Although, should we expect a serious understanding of politics from a man who admitted on Friday that he allows a child to vote for him?