France's finance minister says they do on the basis that they "inject less libido ... into the equation" 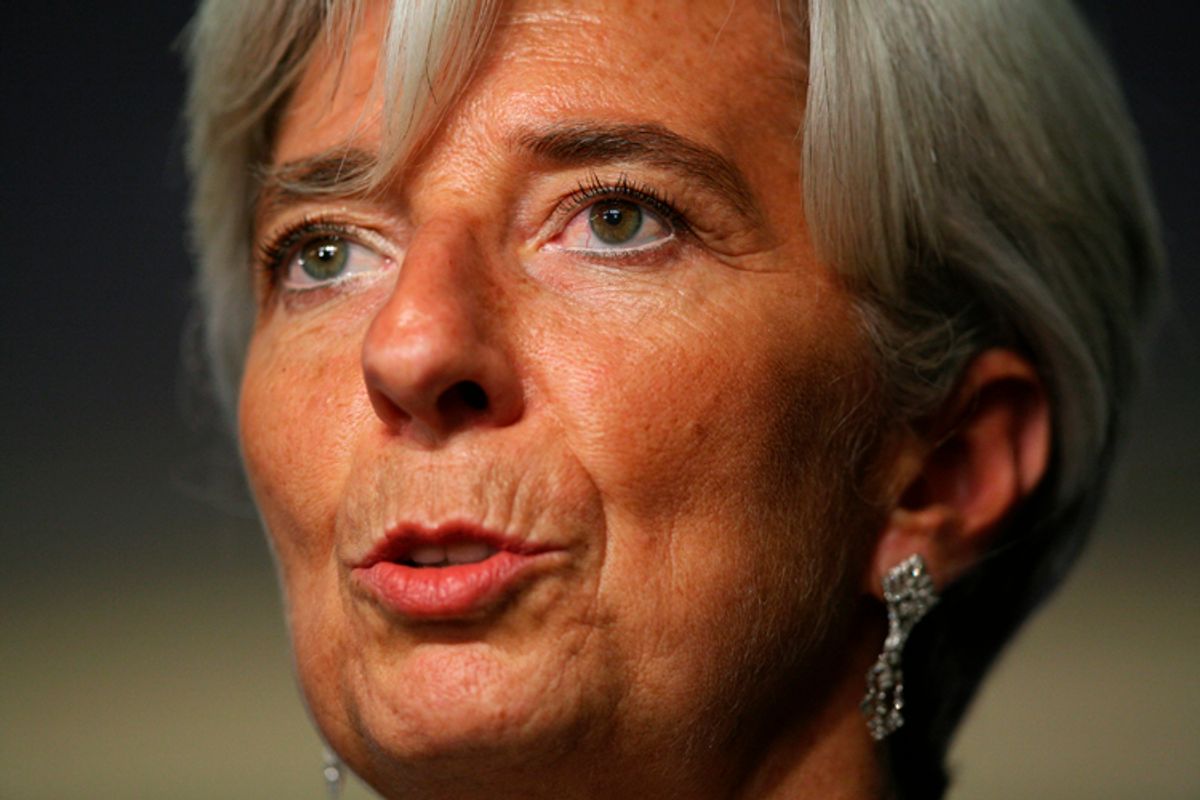 It's good to be reminded that women are just as capable as men -- and I suppose that's true even when it comes to their ability to make arrogant, sweepingly sexist statements. In that sense, I guess I welcome French finance minister Christine Lagarde's recent pronouncement that women's strength as politicians derives from the fact that they "inject less libido and less testosterone into the equation."

She told ABC, "It helps in the sense that we don't necessarily project our own egos into cutting a deal, making our point across, convincing people, reducing them to a partner that has lost in the process." And yet, ehem, some of us are clearly capable of projecting our own feminine egos into politics and reducing people to their gender. To her credit, Lagarde is aware of just how reductive her statement is and she appeared to backpedal:

It's probably overgeneralized what I'm saying. And I'm sure that there are women that operate exactly like men. But in the main, and having had nearly 30 years of professional life -- a bit more than that, actually ... I honestly believe that there is a majority of women in such positions that approach power, decision-making processes and other people in the business relationship in a slightly different manner.

A majority of women behave in a "slightly different manner" than men? That seems a flimsy basis for debating political leadership styles -- so, why bother.