The much-hated "View" co-host makes a sober morning show debut. Where's the fun in that? 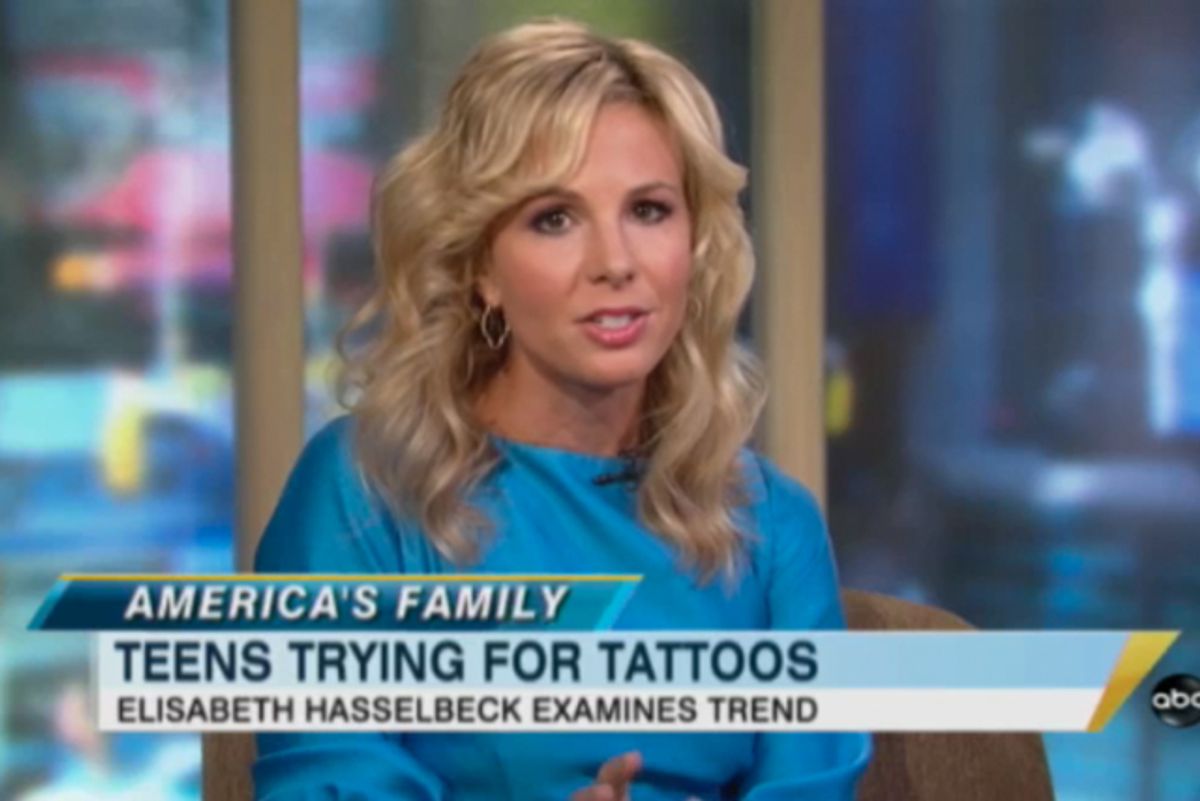 On Monday morning, Elisabeth Hasselbeck, the loosest cannon on that crew of loose cannons known as "The View," made her debut as a correspondent for "Good Morning America." At last, television news has found someone to give a voice to pretty, conservative blondes.

It's somehow fitting that Hasselbeck got her first taste of television fame as a contestant on "Survivor." The scrappy, "I'm not here to make friends" ethos has served her well as a co-host on "The View," where she has scorched the earth with her opinions on "scum" like Kathy Griffin, declared that women get abortions for "superficial" reasons and emerged as the last lady standing in the notorious Crazy-Off over Iraq against Rosie O'Donnell.

For a show that relies on lively disagreement and random acts of tactlessness for its allure, Hasselbeck has been quite the golden goose of feisty, oh-no-she-didn't just say "Barack Obama is going to take our hard earned money and spread it all around" moments. And when the going gets tough, Hasselbeck gets crying. Hasselbeck has uncorked the waterworks during a conversation with Whoopi Goldberg over racial epithets. Hasselbeck has wept over her own clumsy critique of ESPN's Erin Andrews' apparently stalker-attracting "Dancing With the Stars" ensembles. If there is one vibe that she seems to consistently give on a daily basis, it's that she just might lose it right now.

But can a woman like that, a woman whose main function on television seems to be her ability to rant about how older women turn gay because they can't find a man really cut it as a journalist, as a "parenting and family issues" correspondent? Can a woman whose tenacity and willingness to debate Proposition 8 far outshines her ability to understand it hope to fit in with the weather reports and entertaining tips and global disasters of an ensemble that doesn't spend the morning yelling at each other? Hasselbeck, after all, has neither the cool, rational demeanor of a Diane Sawyer nor the neighborly warmth of a Katie Couric. Instead, she possesses the crazy eyes and non sequiturs of a Kathy Lee Gifford.

For her softball first segment, Hasselbeck blew the lid off teenage tattoos -- and how the vaguely defined "more and more parents" are letting their kids get them. It was a perfectly fine non-story story to launch her new role -- vaguely sexy and controversial but with no stem cells, N-words or weird notions about war involved. That was the problem: The only reason you would ever watch Hasselbeck -- the possibility she might go ape at any moment -- was drained from her "GMA" report, replaced instead with the stunning news that rub-on tattoos are a temporary alternative to needles and blood.

With her conservative, Palin-stumping, unborn baby-loving shtick considerably toned down for the George Stephanopoulos crowd, the question remains whether Hasselbeck will be as big a hit on "GMA" as she is on her regular perch of "The View." Will audiences buy her as both the 8 a.m. concerned mom reporter and the 11 a.m. big bag of Whoopi-baiting bananas? Only time will tell. But Hasselbeck, like Miley Cyrus, can't entirely be tamed. And as she flaunted her own temporary tattoos for Stephanopoulos, one couldn't help hoping maybe he'd say something to set her off. Because a Hasselbeck who isn't on the hair trigger isn't much of a Hasselbeck at all.