The U.S. now ranks 49th in the world in life expectancy 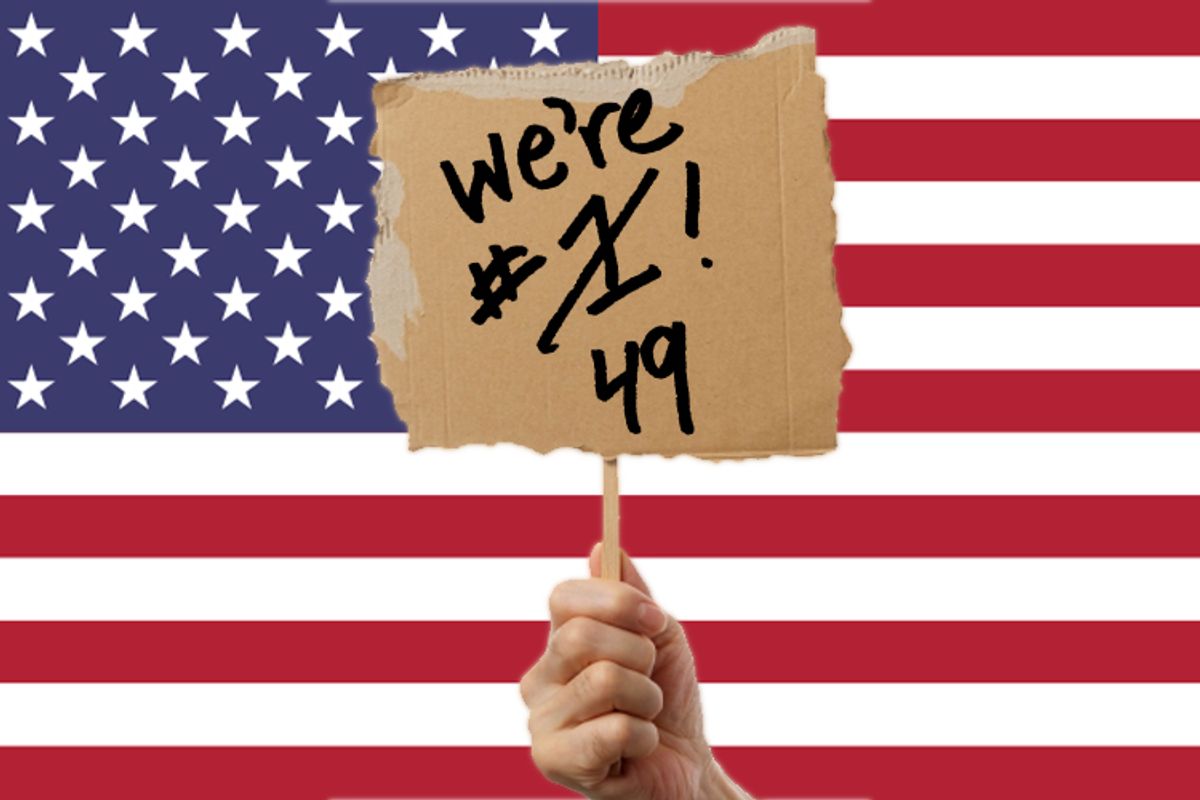 It's easy to say and easy to document, but quite difficult to really internalize, that the United States is in the process of imperial collapse.  Every now and then, however, one encounters certain facts which compellingly and viscerally highlight how real that is.  Here's the latest such fact, from a new study in Health Affairs by Columbia Health Policy Professors Peter A. Muennig and Sherry A. Glied (h/t):

Just to underscore the rapidity of the decline, as recently as 1999, the U.S. was ranked by the World Health Organization as 24th in life expectancy.  It's now 49th.  There are other similarly potent indicators.  In 2009, the National Center for Health Statistics ranked the U.S. in 30th place in global infant mortality rates.  Out of 20 "rich countries" measured by UNICEF, the U.S. ranks 19th in "child well-being."  Out of 33 nations measured by the OECD, the U.S. ranks 27th for student math literacy and 22nd for student science literacy.  In 2009, the World Economic Forum ranked 133 nations in terms of "soundness" of their banks, and the U.S. was ranked in 108th place, just behind Tanzania and just ahead of Venezuela.

There is, however, some good news:  the U.S. is now in fifth place in total number of executions, behind only China, Iran, Iraq and Saudi Arabia, and comfortably ahead of Yemen and Sudan, while there are two categories in which the U.S. has been and remains the undisputed champion of the world -- this one and this one.  And, of course, the U.S. is not just objectively the greatest country on the planet, but the greatest country ever to exist in all of human history -- as Dave Roberts put it in response to these life expectancy numbers:  "but we're No. 1 in bestness!" -- so we're every bit as exceptional as ever.