Williams speaks on Beck, Fox: "If the truth incites violence, it means that we've been living too long in the lies" 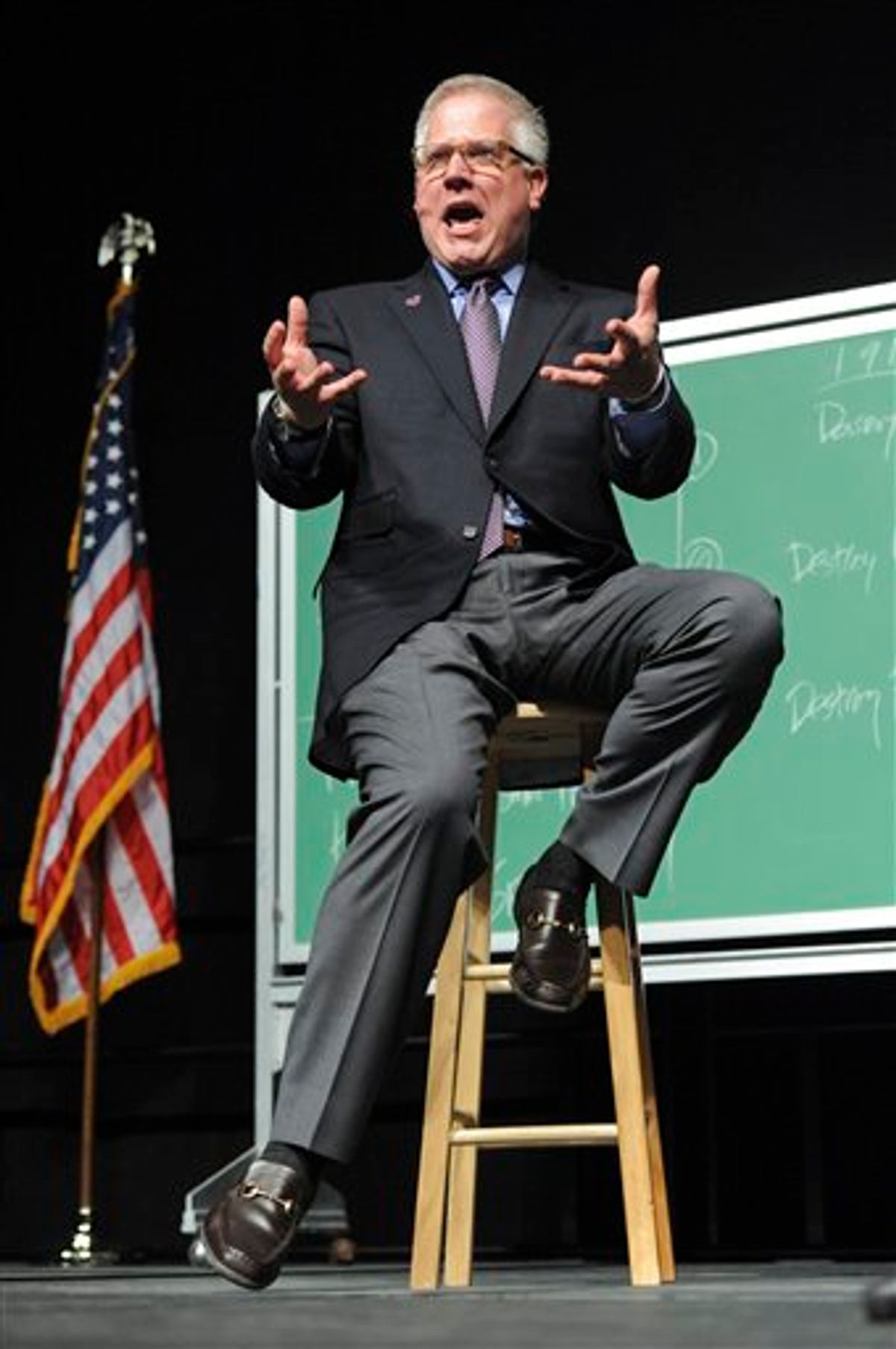 Byron Williams, the heavily armed man who allegedly opened fire at police in Oakland, Calif., in July while on his way to attack the ACLU and the liberal Tides Foundation in San Francisco, has now given interviews to a pair of California journalists describing his motivations and his media consumption habits.

The main takeaway from the interviews, detailed by Media Matters, is that Williams is a conspiracy theory enthusiast who has picked up segments of his worldview from both Glenn Beck and more fringe figures like the "New World Order"-obsessed radio host Alex Jones.

Williams told journalist John Hamilton that he started watching Fox because of Beck, and "the things he exposed that blew my mind. I said, well, nobody does this." In particular, Williams is a big fan of Beck's work over the summer on the Obama-Soros-Petrobras conspiracy.

This involves the claim that the Obama administration loaned a large amount of money to the Brazilian oil company Petrobras in order to help financier George Soros, who owned a stake in the firm. Then Obama ordered a moratorium on drilling in the Gulf after the BP oil spill -- which, Beck has hinted, and Williams believes, was orchestrated by Soros -- in order to further help Petrobras.

Williams is upset that Beck didn't pursue this theory to an explicit conclusion of Obama-Soros-BP collusion:

"I'm actually mad at Fox. I'm mad at them because they go on to something else. It's like they drop the issue, and it lands on a shelf somewhere to collect dust, and that's what's happening to the truth, it's going out and collecting dust. And I'm saying you're not going to let these people get away with this stuff. You can't let them get away with it. So this is my action because of Fox's neglect."

He said he heard about the Tides Foundation before it became a frequent target of Beck's -- but also that Beck was a key source of information about Tides. His statements are not always coherent; here's another taste:

"And I'd say, well, you know, that's the thing. It's that anything you do is going to be considered promoting terror attacks or promoting violence. So now they've got Beck labeled as this guy that is trying to incite violence. And what I say is that if the truth incites violence, it means that we've been living too long in the lies.

"Because it's gonna be too many -- it's gonna be more and more people that are, you know -- when you become unemployed, desperate, you can no longer pay your bills, when your society has come to a standstill, and cannot grow anymore, you're becoming socialized, everything, you know -- companies are moving overseas, what do you think is gonna happen? You know, for crying out loud. It's gonna get worse. And more and more people are gonna get desperate."

We've reached out to Beck's spokesman to see if he has a comment on Williams, and will update this post if we hear back.

Here's a Media Matters video that includes some audio from the Williams interview.