The Year in Sanity: Jimmy Kimmel

During this year's late-night war, the funnyman's conversation with Leno became a rare moment of clarity 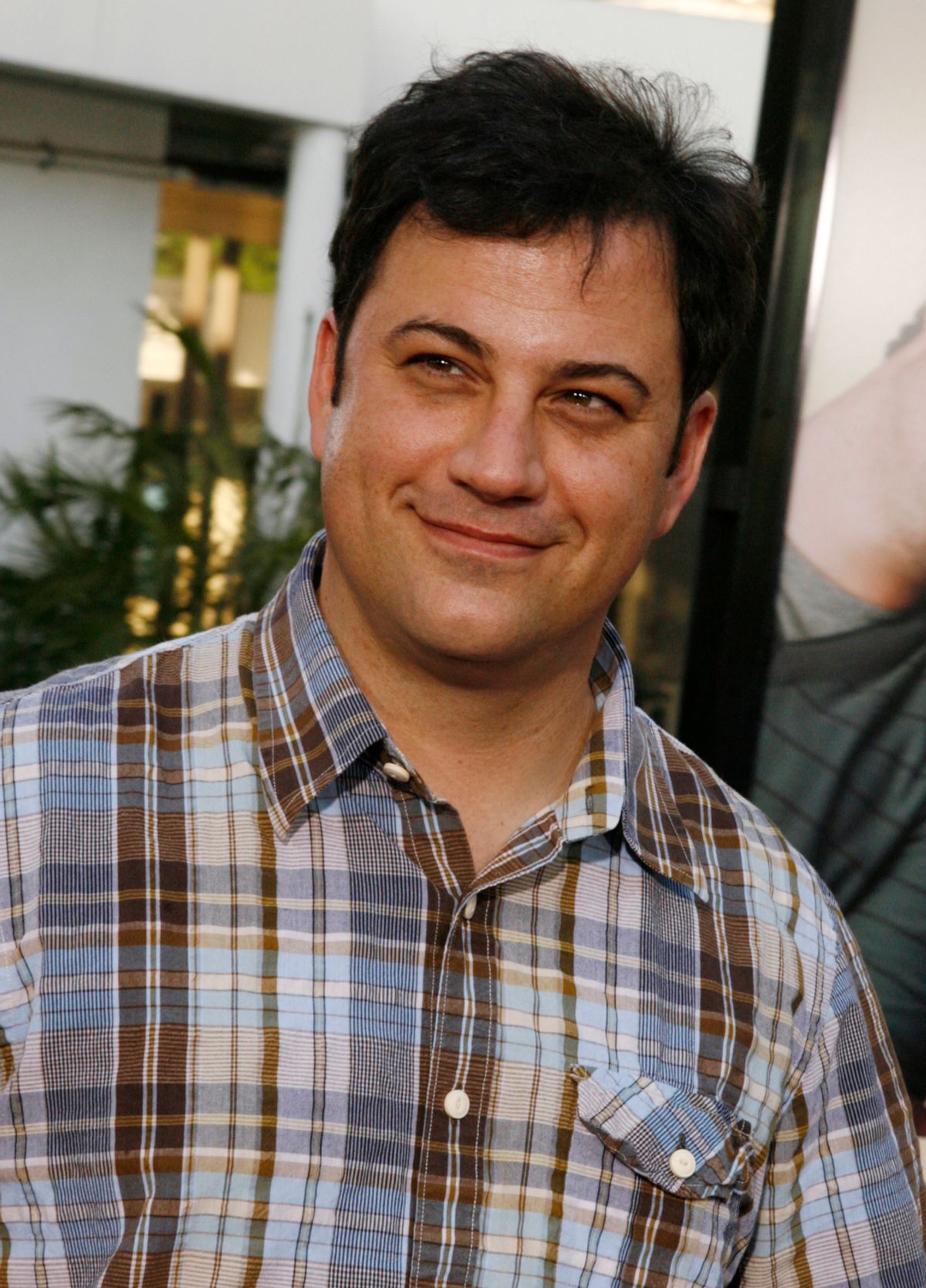 Deep in the national nightmare of the notorious late-night wars of 2010, you couldn't wake up in the morning without a fresh dissection of what scathing remarks Conan O'Brien had pulled off, what digs Jay Leno had gotten in, and what satisfied glee David Letterman had vented the night before. Yet despite all the gags, the whole spectacle sometimes felt as terrible and exhausting as a dysfunctional family gathering -- replete with emotional baggage and hurt feelings. So it came as a welcome surprise when Jimmy Kimmel, the low-key dude who made his name with "The Man Show," emerged as the voice of clarity in the midst of the debacle.

Like everybody, he'd made a few jokes about the bloodbath. He'd even brazenly done an opening bit in Leno drag, big chin and all. But on January 14, he went above and beyond. Appearing via satellite on the "10 at 10" segment on Leno's own show, Kimmel defiantly, genially ripped the guy a new one. "I have a lot of questions to ask you about this whole thing," he said cheerily, speaking for everybody at home. And it was more than just crazy chutzpah to then go on to tell Jay Leno -- and his audience -- that the best prank he ever pulled was that "I told a guy that, five years from now, I'm gonna give you my show. And then when the five years came, I gave it to him, and then I took it back almost instantly." It was utterly sane.

Kimmel's "10 at 10" appearance had none of the usual easy smarm that comes from simply making a crack in a monologue. "This show's canceled, right? Nobody's watching this show," he quipped, right to Leno's face. Oh, but we did watch. How could we not, as Kimmel pleaded, "Conan and I have children. All you have to take care of is cars. We have lives to lead here. For God's sake, leave our shows alone!" It was direct, it was pointed, it was brave, and most of all, it was funny as hell. And when the dust cleared, it turned out Kimmel was the guy who best demonstrated that he understands his job as an entertainer is to entertain us. Entertain he did, with a degree of wit and honesty that would ultimately prove the most graceful moment in one of television's ugliest spats.