"Back to the Future" Blu-Ray reveals the actor was replaced after 5 weeks of shooting: Too dark, brooding for role 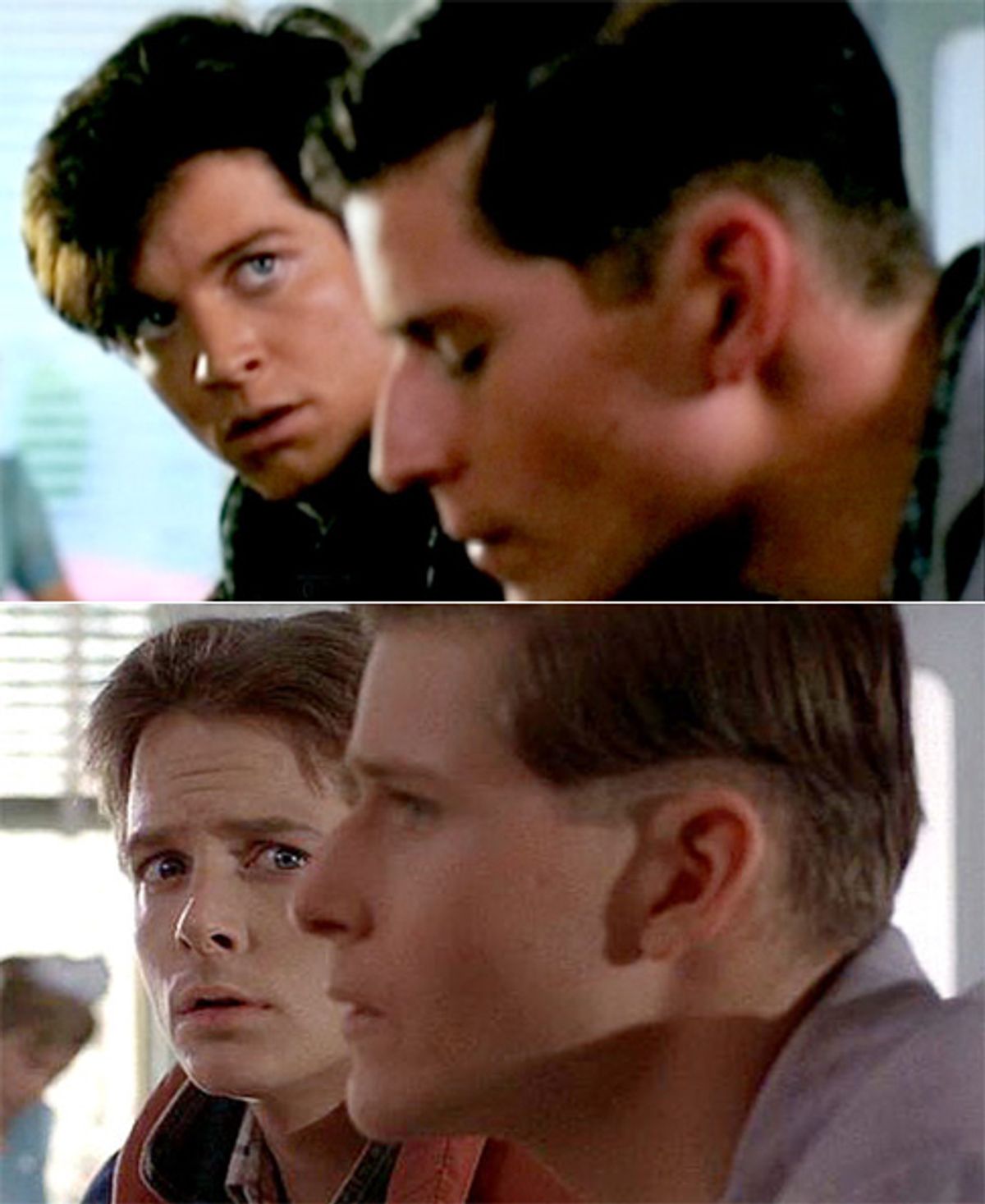 Eric Stoltz as Marty McFly in "Back to the Future"
--

Ever play the what if game? I like to do it with movies. What if Robert DeNiro played Michael Corleone in "The Godfather" instead of Al Pacino? What if Molly Ringwald didn't pass on "Pretty Woman"?  Ever picture John Travolta as Forrest Gump? Christopher Walken as Han Solo?

It's a fun game. But I never thought to play it with "Back to the Future."

Turns out Michael J. Fox was not the first choice to play Marty McFly. In the Blu-Ray edition of "Back to the Future: The 25th Anniversary" (released Oct. 26), it is revealed that the movie execs initially went with actor Eric Stoltz, better known as Lance, the robe-wearing, adrenaline-injecting drug dealer whose wife has "all the metal shit in her face" from "Pulp Fiction." Stoltz was five weeks into the shooting of "Back to the Future" when director and co-writer Robert Zemeckis made the decision to change his lead actor.

Zemeckis had consulted with executive producer Steven Spielberg and they both agreed that Stoltz just wasn't providing the laughs. He was too dark and brooding for a role Zemeckis intended to be light-hearted.

"This was a horrific decision," Zemeckis says. "It was heartbreaking for everybody."

Everybody except Michael J. Fox, whose boyish charm made Marty McFly a career-defining role and a springboard up to stardom.  Hindsight may be 20/20 but it's hard to picture anyone else riding the Delorean with Doc Brown. Fox as Marty is in the Untouchable territory -- not quite Pacino as Tony Montana or DeNiro as Jake LaMotta, but comfortably alongside Johnny Depp's Jack Sparrow and R. Lee Ermey's Sgt. Hartman.

Here's a short video of Stoltz as McFly.  You'll see why Zemeckis and Co. ultimately went with Alex P. Keaton.