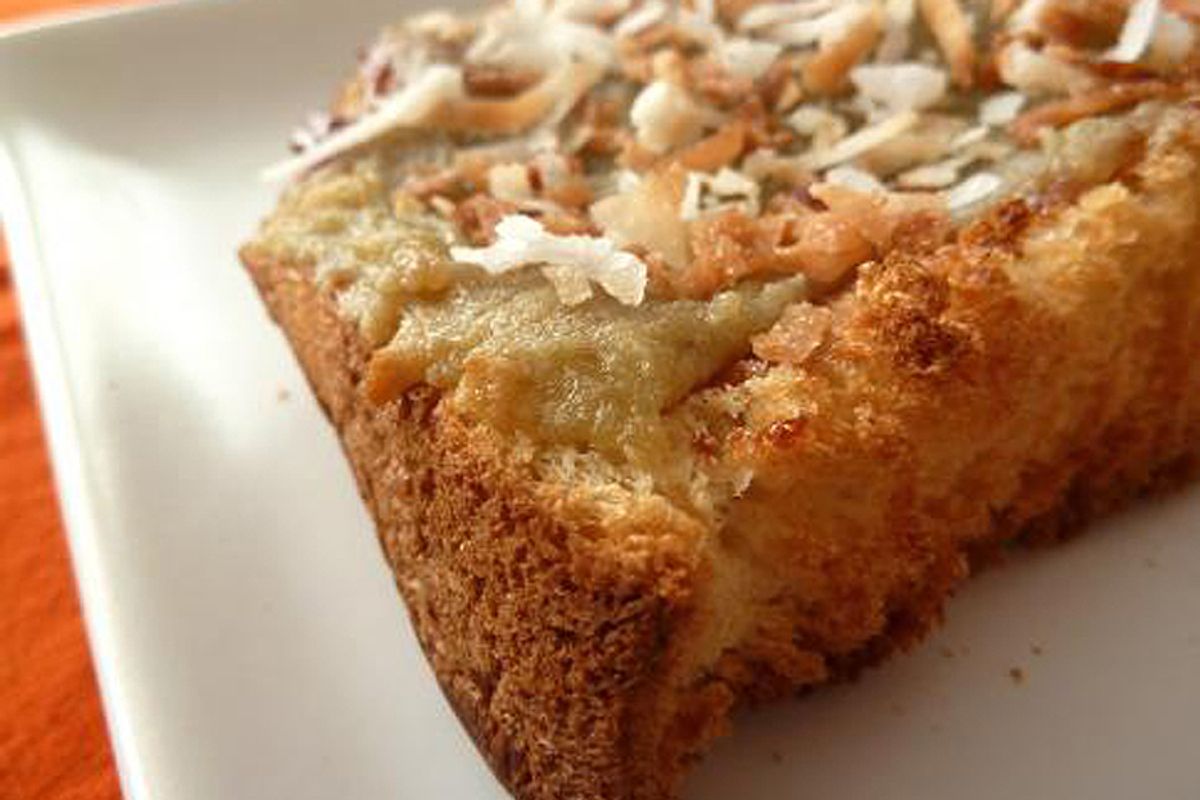 Be careful how you wear your frangipani, or you might get unwanted attention.

No, I'm not talking about smearing the almond filling used in French patisserie onto your body. That's spelled frangipane. I am referring to the tropical flower and shrub that share the name, otherwise known as plumeria. These are the sweetly fragrant blossoms that grace the otherworldly-looking trees native to Latin American and the Caribbean. They are perhaps most often associated with the Hawaiian Islands, where the blossoms are made into leis. I love these flowers by any name, but adore the word "frangipani," which is so melodious. The name "frangipani" comes from the name of an Italian noble family, a 16th-century marquess of which bottled this lovely scent into a perfume. In Hawaii and other Pacific Islands, including Paul Gauguin's adopted home in French Tahiti, frangipani blossoms often accessorize women's hair. They can be worn to indicate the wearer's relationship status -- over the right ear if seeking a relationship, and over the left if taken. Take note.

Because the word "frangipani" will always make me think first of flowers, then dessert, I have created a tropical bostock. For those of you who are not familiar with this more sophisticated cousin of French toast, let me break it down to its elements. This is a breakfast pastry composed of hearty slices of day-old brioche, gilded with syrup, topped with layers of jam and a nut-based pastry cream (typically frangipane), crowned with a sprinkling of nuts, then baked to a toasty, golden finish. "Tartine," the eponymous formidable cookbook from my (and everyone else's) favorite San Francisco bakery, has a bostock recipe that infuses the syrup with orange, and includes a layer of apricot jam beneath the frangipane.

To give my version island flavor, I have substituted another eggy bread, the Portuguese sweetbread brought to the Hawaiian islands and available on supermarket shelves around the mainland U.S. as "King's Hawaiian." To continue on the island theme, I decided to substitute coconut for the almonds. This is the flavor base for the syrup, the nut pastry cream, and the nut topping. While coconut jam isn't native to the Hawaiian islands, there is a coconut-egg jam popular in tropical Singapore and Malaysia, which has a richness, nuttiness and texture very reminiscent of frangipane. I've also swapped out the apricot jam for a more tropical fruit, guava.

Je suis certaine that French patissiers will cry, "Mon Dieu!" at my tropical creation. But even French culinary purists relax in the tropics, so perhaps I can serve my bostock de coco at a resort in Tahiti, where I could wear frangipani blossoms in my hair.