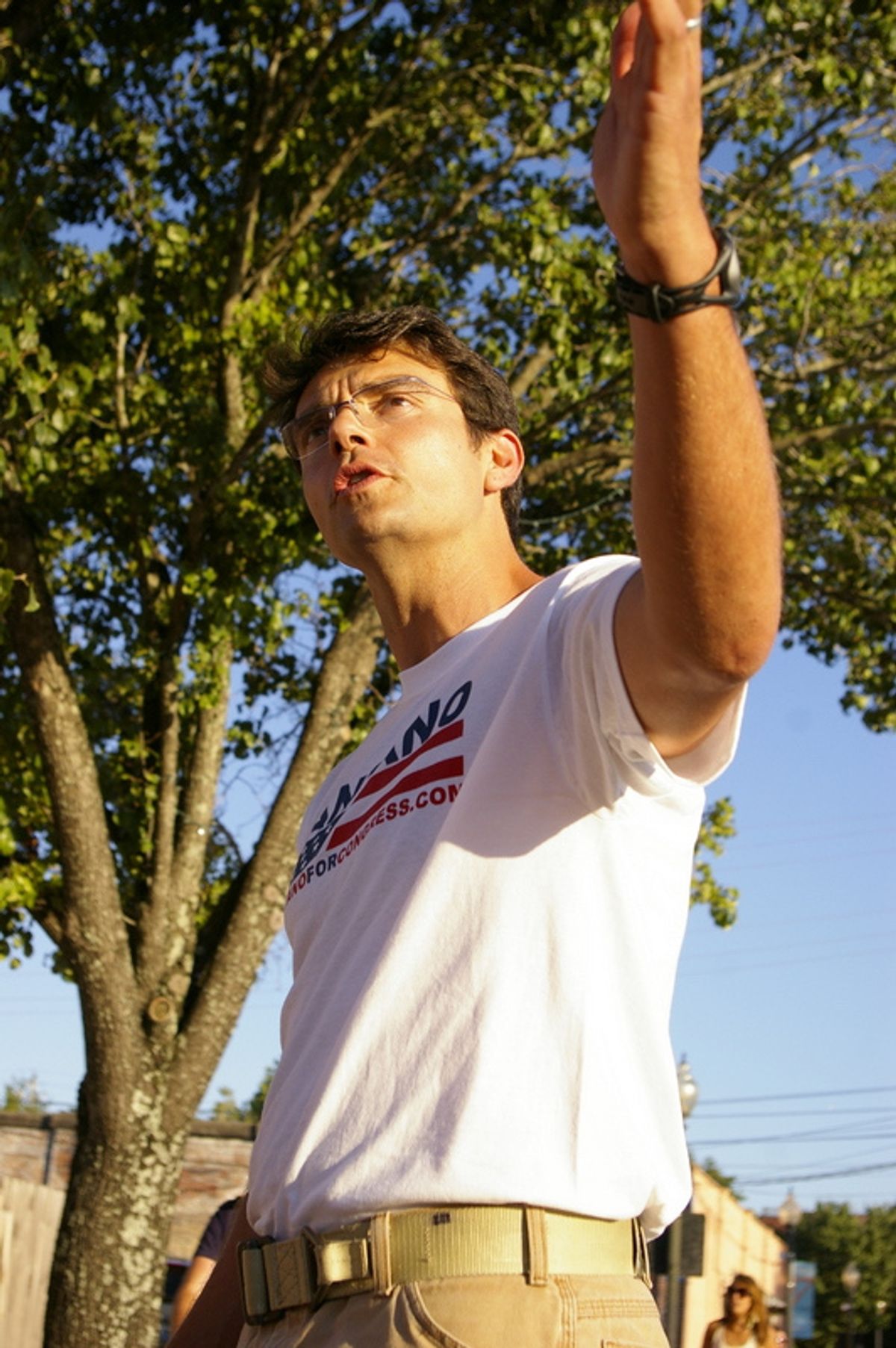 In a new interview, GOP congressional candidate Ilario Pantano (whose candidacy -- and controversial past in Iraq -- we've been following) talks of his fears of the Chinese launching an attack equivalent to "1,000 Pearl Harbors" from Cuba, in what he calls a "second Cuban missile crisis" or "CMC2".

Wired's Danger Room blog quizzed Pantano, who is in a tight race in North Carolina's seventh district and hopes to sit on the House Armed Services Committee if elected, on his views about China, Iraq, and Islam.

On China, he thinks that the U.S. should use Afghanistan's mineral wealth to fund an "exploration race" with China (in space and in the ocean). He in fact wrote a policy paper on the Cuba-China threat titled, "The Cuban Piece in China’s Puzzle: The Second Cuban Missile Crisis (CMC2)."

A couple other interesting tidbits: He refers to the people the U.S. is fighting in Iraq and Afghanistan as "primitives."

Also Pantano may have done private contracting work of some kind in Afghanistan (though this does not show up on his campaign bio).

DR: I may be remembering this wrong. But I think you did some security consulting in Afghanistan…