The Year in Sanity: Jim Joyce

His blown call cost Armando Galarraga a perfect game. But from the moment he realized his mistake, he was golden 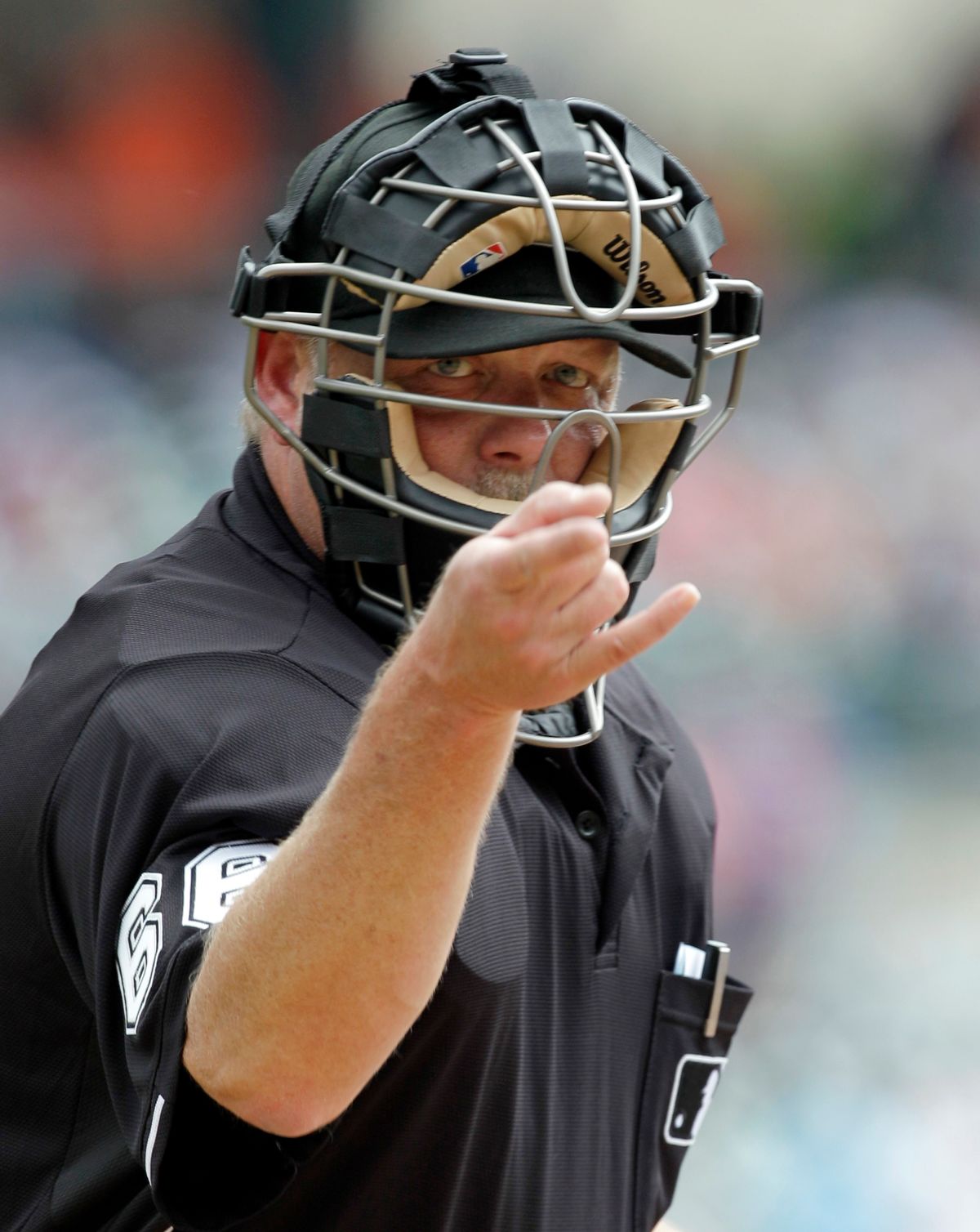 ** CORRECTS PERFECT GAME TO WEDNESDAY, NOT TUESDAY ** Home plate umpire Jim Joyce calls a strike during the first inning of a baseball game between the Detroit Tigers and Cleveland Indians in Detroit Thursday, June 3, 2010. Tigers pitcher Armando Galarraga lost his bid for a perfect game with two outs in the ninth inning on a disputed call at first base by Joyce on Wednesday night. (AP Photo/Paul Sancya) (Paul Sancya)
--

Armando Galarraga was a journeyman Detroit Tigers right-hander who shocked the baseball world on June 2 by throwing a perfect game against the Cleveland Indians. Except, of course, the game wasn't perfect, because with two outs in the ninth inning umpire Jim Joyce called Jason Donald of the Indians safe at first base when Donald clearly should have been called out to end the game.

Galarraga responded with a you've got to be kidding me smile for the ages, then retired one more batter for a one-hit shutout. He later said he hadn't argued because he was in shock.

But it was Joyce's response that turned this terrible tale into one that's almost heart-warming. Not as heart-warming as a journeyman pitcher tossing a perfect game, mind you, but pretty toasty.

Having asked to see the video replay after the game, an emotional Joyce spoke to reporters: "It was the biggest call of my career and I kicked it. I just cost that kid a perfect game," he said. "I missed it from here to that wall. I had a great angle, and I missed the call." He also asked to speak to Galarraga, apologized to him and hugged him. Offered the next day off by his superiors, Joyce declined, saying he was ready to face what he assumed would be a hostile reaction from the Detroit crowd.

This eminently reasonable, grown-up reaction stood out because baseball umpires are ordinarily cloistered. They have what amounts to lifetime tenure. They don't face reporters, rarely admit mistakes publicly and are not held accountable for their actions in any way that's visible to the players or public. Don't like that call? Replays showed the ump got it wrong? Tough.

Galarraga said he'd forgiven the umpire, and Joyce's response to his error has been widely praised beyond baseball. He's become a go-to example of how to handle mistakes in politics, religion and -- especially because his straight-forward behavior came in the midst of BP's oil-spill debacle -- business.

Less than two weeks after the blown call, ESPN surveyed major league players for their opinions about umpires. Their overwhelming choice as the best in the business: Jim Joyce.