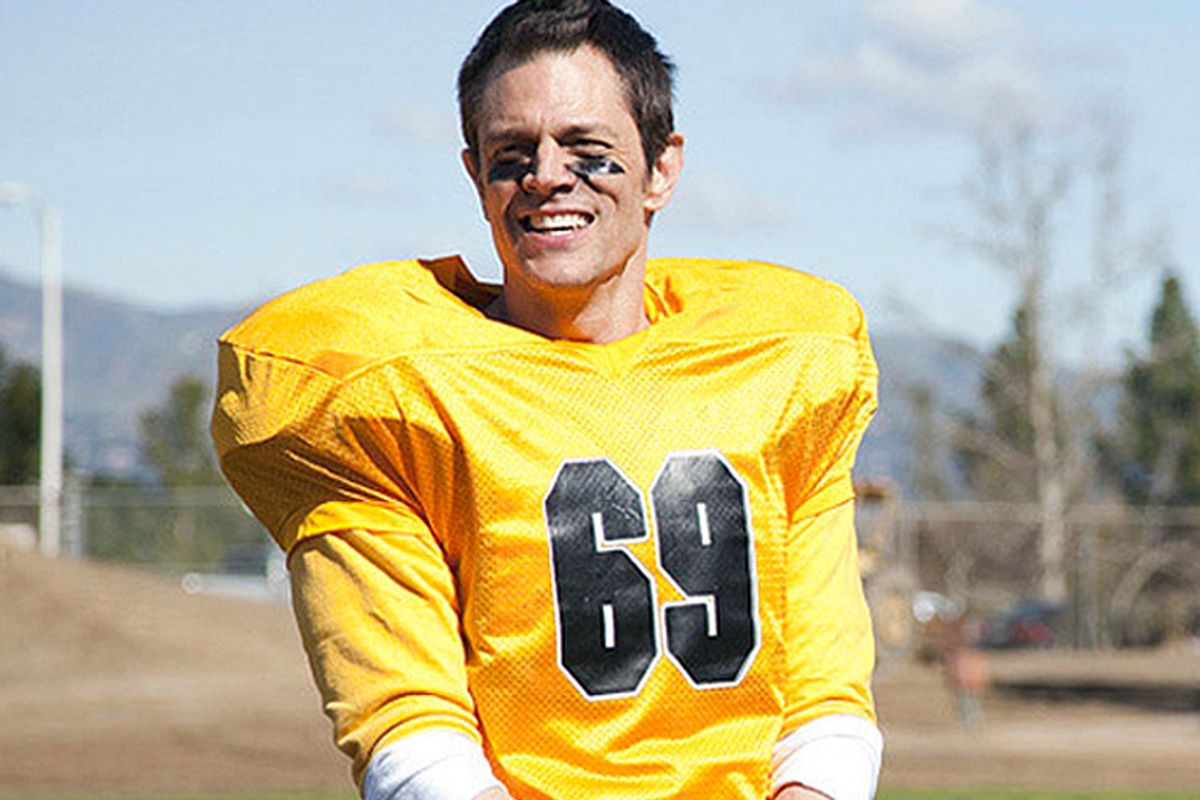 When you grow up with a name like P.J. Clapp, you probably develop a sense of humor -- and a hide thicker than a Jonathan Franzen novel. Knoxville, who changed his nomenclature in homage to his hometown, began his professional life as an actor. He cannily soon figured out that anybody can do Hamlet, but the pool of guys willing to be tasered and pepper sprayed for a living is considerably less competitive. And God created "Jackass," the show for which legal disclaimers and the phrase "do not attempt" were made. And it was good.

The "Jackass" franchise, which celebrates its 10th anniversary of not killing its cast this week with the release of "Jackass 3D," represents in many ways all that is cocky and macho and toilet-based in the world. The trailer alone is more aggressively uncomfortable to watch than "Borat" crossed with a Michael Moore movie. Yet the jackass at the center of it, Knoxville, is somehow one of the most appealing figures in entertainment. What is it about the undeniable allure of crazy, self-destructive men with damaged urethras?

On "Martha Stewart" this week, Knoxville, in dorky sweater and tie, was in full southern charmer mode as he carved pumpkins with the domestic goddess. Though Martha, ever up for it, goaded him to give a member of her crew "a pumpkin to the back of the head," Knoxville gallantly laughed her off. And as the two hammered together on a sheet of brittle, he said with touching concern, "My sisters would kill me if I bruised your fingers." Then he picked up his own brittle and punched it into sexy little shards of seasonal confection.  Who knew candy pummeling could be so hot?

The fact that Knoxville, an avowed fan of Buster Keaton, is dangerously handsome certainly explains the hordes of women already tweeting their determination to see "Jackass 3D" this weekend. That he smiles a heck of a lot for a guy who's probably being gored by a rabid bull right this minute doesn’t hurt either. And that "Jackass" bears the imprimatur of its geek icon producer Spike Jonze, and had its premiere this week at the Museum of Modern Art, further suggests that Knoxville is no knuckle-dragging Looney Tune but a keenly aware entertainer.

But perhaps the most winning thing about Knoxville lies within the word jackass itself. When preening is a national pastime, and the entertainment landscape is littered with appallingly ungentlemanly behavior from reality stars, celebrity chefs and political candidates, Knoxville seems to understand that being a jackass is not tantamount to being a jerk. He may act like a world-class idiot, but he's also a guy whose ego appears to be as small as his tolerance for pain is massive. And when he appeared on "The Daily Show" Monday and referred to Carl Paladino as "a douche" -- and called himself one to boot -- it was downright lovable. Whether he's getting hit in the face with a dildo or cozying up to Martha Stewart, Knoxville is always affable, playful and able coax a laugh out of an audience by doing ridiculous things.