"No new taxes" for GOP -- except a national sales tax 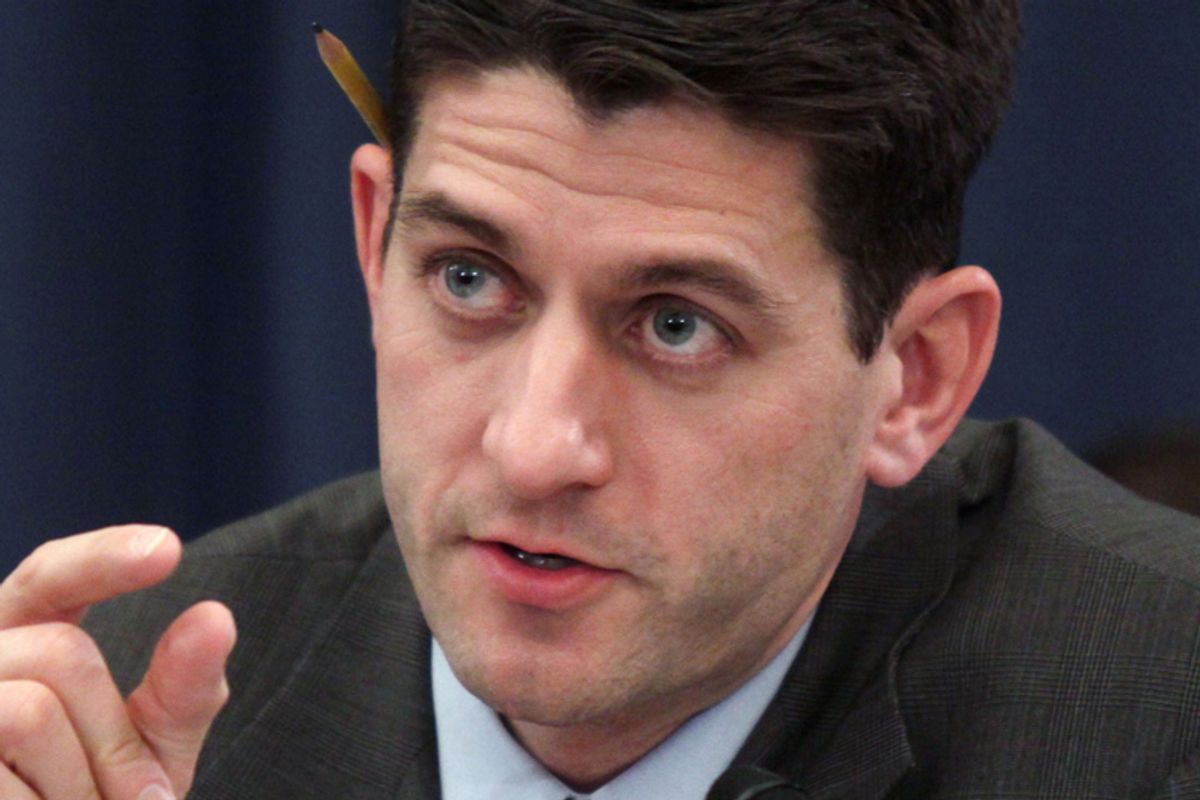 [Updated below] Can you guess which tax is bad, bad, bad when suggested by Democrats but perfectly acceptable when proposed by Republicans? Listening to Rand Paul and Paul Ryan, among others, the answer is a national sales tax or value-added tax, known in Europe as a VAT. While Republicans argue ferociously to preserve the Bush tax cuts for America’s wealthiest families, the notion of a new federal tax on goods and services -- which would disproportionately penalize working consumers -- is becoming fashionable among their party’s most prominent figures.

The Kentucky Republican Senate candidate made headlines yesterday when he proposed a national sales tax to replace the income tax, but Paul is scarcely alone in preferring a tax that falls most heavily on the middle class, workers and the poor. Rep. Ryan’s budget "roadmap," released earlier this year to much fanfare in the conservative and mainstream media, relies on an 8.5 percent "business consumption" tax -- yet another name for what Europeans call a VAT. From Arizona to  Maine, Republican candidates seem increasingly eager to impose a national sales tax -- and although they usually say this new tax would “replace” the income tax and abolish the IRS, such fantasies aren't contemplated by Ryan, the ranking Republican on the House Budget Committee.

Regressive taxation is a perennial enthusiasm among conservatives. But whatever happened to "no new taxes" and the Taxpayer Protection Pledge popularized by Grover Norquist? Ryan and Paul are both among the signatories of the Norquist pledge, a document that forbids any “changes in tax deductions or credits that increase the tax burden on Americans,” as a national sales tax or VAT would inevitably do -- especially if it doesn’t replace income and wage taxes. Evidently the Wisconsin Republican believed he could get away with sneaking a VAT into his budget plan (which is one of several reasons that the Ryan roadmap would  increase the tax burden on most American families while lavishing new tax breaks on the wealthiest few).

This right-wing sales-tax vogue represents not only a departure from conservative orthodoxy but an embarrassing plunge into political hypocrisy. Soon after health care reform passed last spring, dire predictions of an "Obama sales tax" to pay for the program blared from the likes of the Republican National Committee, RedState and Norquist himself, who warned that any promises to replace the income tax should be considered worthless. The anti-tax crusader remarked disdainfully last summer that "VAT is French for big government," while RNC Chairman Michael Steele denounced the idea as an example of the despised "European-style" policies favored by the president. (Of course, many conservatives  simply adore European ideology as long as the authors are Austrian and ultra-right, but that’s another flavor of hypocrisy.)

Yet now at least some Republicans are promoting the same tax proposal they warned us against six months ago. So perhaps the section of the midterm Pledge to America that vows to "permanently stop all job-killing tax hikes" should carry an asterisk, at least for Paul, Ryan and all the other advocates of a sales levy (which would surely reduce employment in the retail sector). And perhaps that foreign stigma could be removed by renaming the VAT. From now on, let’s just call it "the Ryan tax."

Update: Norquist says that while he opposes VAT in principle because they are tax hikes and make it too easy for government to raise revenue, he likes other aspects of Ryan's roadmap. His group, Americans for Tax Reform, hasn't focused on the Ryan bill because "it is not up for a vote right now" -- although that didn't stop him from campaigning against the Obama administration's nonexistent VAT proposal. Norquist doesn't believe that a VAT necessarily violates his group's Taxpayer Protection Pledge, so long as the enabling legislation would repeal the federal income tax (unlike the Ryan bill, which merely makes the income tax more regressive).