Joe Miller declared this week that he wouldn't talk about his past, prompting new revelations about ethics problems 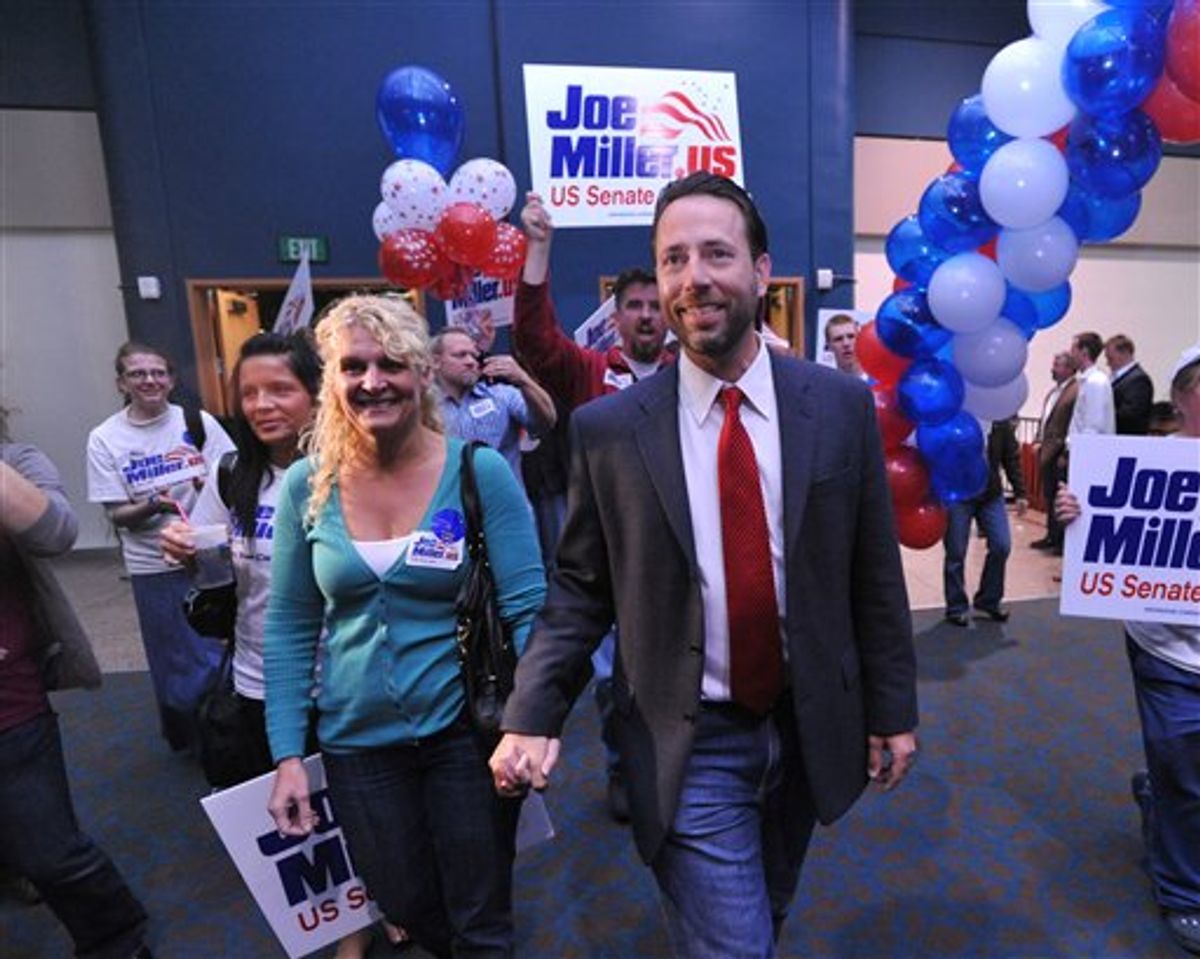 Just a few days after Alaska GOP Senate candidate and Tea Partier Joe Miller announced he would refuse to answer questions about his past, the gambit has already backfired, with a former boss coming forward about a previously unknown ethics violation committed by Miller in 2008.

The former boss is a (liberal-leaning) Republican, former mayor of the Fairbanks North Star Borough Jim Whitaker. He granted interviews to Alaska newspapers because he was disturbed by Miller's speech earlier this week blaming the media for personal attacks and claiming Miller and his wife were "the most disclosed couple in Alaska politics."

Whitaker confirmed a local report that Miller, when he was working as an attorney for the borough, was disciplined for using work computers for personal politicking. It was so serious that he was going to be suspended without pay -- though it's not clear that that ever happened. The Anchorage Daily News reports:

Miller was the Interior regional chairman of the Republican Party at the time and, along with then-Gov. Sarah Palin, was trying to have Randy Ruedrich replaced as party chair at the annual GOP convention. ...

Whitaker said the borough employees whose computers Miller used didn't know he was doing so. He said one of them "informed the acting borough attorney that something was amiss with her computer." He said borough technicians investigated and found that the computers had been used to send information to the Republican Party.

What's Miller's response to all this? His campaign is sticking by its pledge and isn't talking.