From "ER" to "West Wing," real-time experiments have been ho-hum disappointments. Can they pull it off tonight? 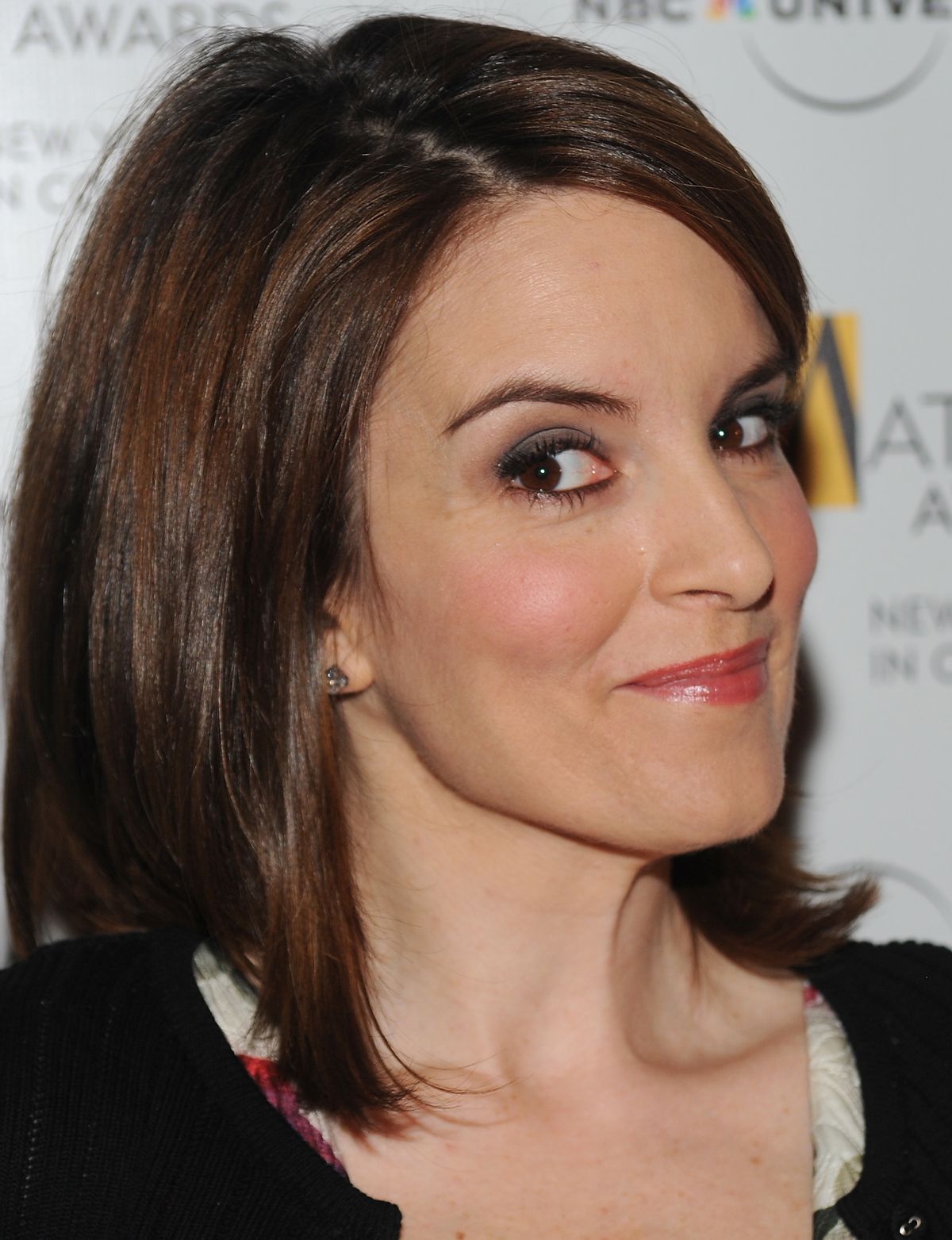 In 1984, the Fez-wearing English comedian Tommy Cooper suffered cardiac arrest while performing a magic act on live TV; it took a few minutes for the crowd to figure out that Cooper's collapse wasn't part of the act, and he expired in in a hospital a few hours later. Comic Dick Shawn fell onstage during a 1987 performance at UC San Diego, hit his head and suffered ultimately fatal injuries; the crowd thought that was just part of the act, too. Actress Edith Webster had a fatal heart attack during a 1986 production of "The Drunkard" while performing -- no, really -- "Please Don't Talk About Me While I'm Gone." I personally knew someone who went out like that, mid-performance: a Dallas drummer named Jimmy Zaetano, a friend of my jazz musician father, Dave Zoller. Zaetano, who was known as JZ, had a massive coronary in 1988 in the middle of a drum solo, suddenly seizing up and slumping over his drum kit. The cymbals went "KSHHHHHH." His demise was shrouded in two layers of cheap irony. The name of the club was Dick's Last Resort. And the song was "When the Saints Go Marching In."

For the vast majority of performers, stage death is figurative. But in more vainglorious moments, the fantasy might become literal. And why wouldn't it? If you've ever been any kind of live performer -- an actor; a musician; a comic; a dancer; or a daredevil such as Karl Wallenda, who died in 1978 falling off a high wire stretched between San Juan hotels -- you recognize the appeal of the dream. It's at the heart of why performers perform. The stage-death fantasy is an imaginative extension of the buzz you get from going in front of an audience with nothing but props and chops. You're in the arena. You "kill" or "die," succeed or fail and there's rarely any in-between. A merely competent performance is a failure, too -- and a pathetically minor one at that.

Today, with much of the public thinking of theater as training ground for the greater glory of TV or movies (when they think of it at all), live performance seems an even more exotic indulgence than it did before photography and audio recording came along and changed everything. But for performers, the no-safety-net experience is still sacred and magical. It's a chance for actors to reconnect with the sources of their art, to dust off a skill set that may have atrophied over time, and to reassure themselves that if they were inexplicably time-warped back to ancient Greece, fitted with a mask and booted out onstage, they'd hold their own. Choreographer Joe Gideon said it best in the opening of Bob Fosse's 1979 autobiographical fantasia "All That Jazz," invoking Wallenda's then-recent death plunge as a rallying cry for performers everywhere. "To be on the wire is life," the hero said, quoting Wallenda. "The rest is just waiting."

I'm not surprised that the "30 Rock" gang got tired of waiting. They're just about the best comic ensemble on network TV. Sooner or later, any team of actors that fits that description thinks about chucking the safety net and doing a live episode, and the cast and crew of some series are persuasive enough -- or popular enough -- to convince network bosses to go along. They may tell the media it's all just a lark, but it's never just that. It's a holy mission: a chance to risk figurative death as if on a legit stage, and/or prove they could have held their own with their artistic forefathers: not the Greeks, but the Catskills veterans and New York stage legends that filled up prime time from the late '40s through the late '50s, the hallowed Golden Age of live TV.

That's a tall order. And to raise the stakes even more, check out the track record of recent-vintage network series that dared to go live. It's one Waterloo after another.

The 1997 episode of "E.R." was probably doomed the minute that the producers decided to hedge their bets by framing the story within the context of a "live PBS broadcast" originating at the hospital. There were two live performances, one for each coast. The initial east coast feed was so haphazard that Laura Innes forgot she was playing a character that used a brace and ambled through the set on her own two feet -- hardly the ideal visualization of the phrase "making do without a crutch." In post-broadcast interviews, the cast seemed elated to have done something so unusual and taxing, and some fans gave them points for trying. But the ghosts of "Playhouse 90" remained undisturbed.

The cast of "The West Wing" didn't fare much better. Its November, 2005 live episode at first seemed poised to overcome the crutch factor. The episode indulged a longstanding fantasy of political junkies: that opponents in a presidential debate -- Democratic congressman Matt Santos (Jimmy Smits) and Republican senator Arnold Vinick (Alan Alda) would mutually agree to junk the usual restrictions and argue like normal people. Unfortunately, what followed felt almost as canned as the supposedly micromanaged alternative, and in the end, the episode felt less like a continuation of the season's ongoing arc than an interruption of regularly scheduled programming.

That's a problem with pretty much every live episode of a series that's not normally done live. It doesn't feel like part of the series proper, but something else -- a stand-alone experiment, related to the show, but not of it. Maybe it's the high wire aspect, which makes viewers aware -- perhaps too aware -- that they're watching actors recite lines without any room for error; perhaps that knowledge keeps you standing outside the fiction, unwilling or unable to surrender to it. I know, I know -- speak for yourself. But really, is there anybody out there who watched a recent-vintage live episode of an otherwise non-live series and surrendered to it completely, from first frame to last?

The last example I can think of was the old Charles Dutton series "Roc," which was live for much of its run. But I think it managed to overcome the viewers' "Oh my God, they are doing this live!" reaction in two ways: (1) by going live week after week, to the point where the cast built up live performance chops and the whole gambit didn't seem unusual anymore, and (2) by being a show that not many people watched.

Let's return to the issue of chops for a second. They're critical, and unfortunately rare these days, except among people that do a lot of legit stage work, improv comedy, or who appear on programs that are recorded live-to-tape but rely on scripted material ("Saturday Night Live," "The Daily Show," the weeknight talk programs). For the most part, not many people performing scripted material on TV truly work live, with zero margin for error. Even the aforementioned series are either performed live-to-tape well in advance of airing, or else record certain segments in advance (not all of "Saturday Night Live" is live, you know -- and I don't just mean the funny music videos and fake commercials).

Just about the only thing that can overcome the chops deficit is what you might call the oomph factor -- a mix of talent, energy and familiarity that isn't quite the same thing as extensive, recent live TV acting experience, but that will do in a pinch. "30 Rock" is one of the few prime time comedies I can think of that's packed with actors fitting that description. Tina Fey came up through "Saturday Night Live," of course -- the series that inspired "30 Rock" to begin with. When Tracy Morgan isn't clowning on the NBC show, he's doing one or two live shows a night in comedy clubs. Baldwin is a stage-trained dynamo who's also absolute aces at no-net comedy performance; he's the most prolific guest host in the history of "Saturday Night Live," and arguably a better actor and comedian than nine-tenth of the people that have been regulars on the program.

These "30 Rock" actors and others are also exceptionally good ad libbers, a useful skill to have when a scene goes south and everyone around you is stammering and bumping into furniture. They've even dabbled in a low-stakes version of "30 Rock Live" during the writers' strike of 2007, when the cast performed some of the show's recently produced scripts live on a New York stage and donated all proceeds from ticket sales to support the families of laid-off production assistants. Apparently the episode won't have any protective gimmicks a la "ER" and "The West Wing"; it'll just be a "30 Rock" episode that happens to be performed live before a studio audience. (The regular sets from the program's Silvercup Studios soundstage have been re-created at Studio 8H in Rockefeller Center, where the fiction program is actually set.) If any current network series can break from tradition and do a live show so smooth (or so flat-out funny) that it overcomes any trace of self-consciousness, it's this one.

And if they fall off the wire, that'll be a great show, too. Dying is easy, and comedy is hard -- but both are catnip on Hulu.