A political culture free of accountability

The president meets with a ringleader of the Bush torture regime 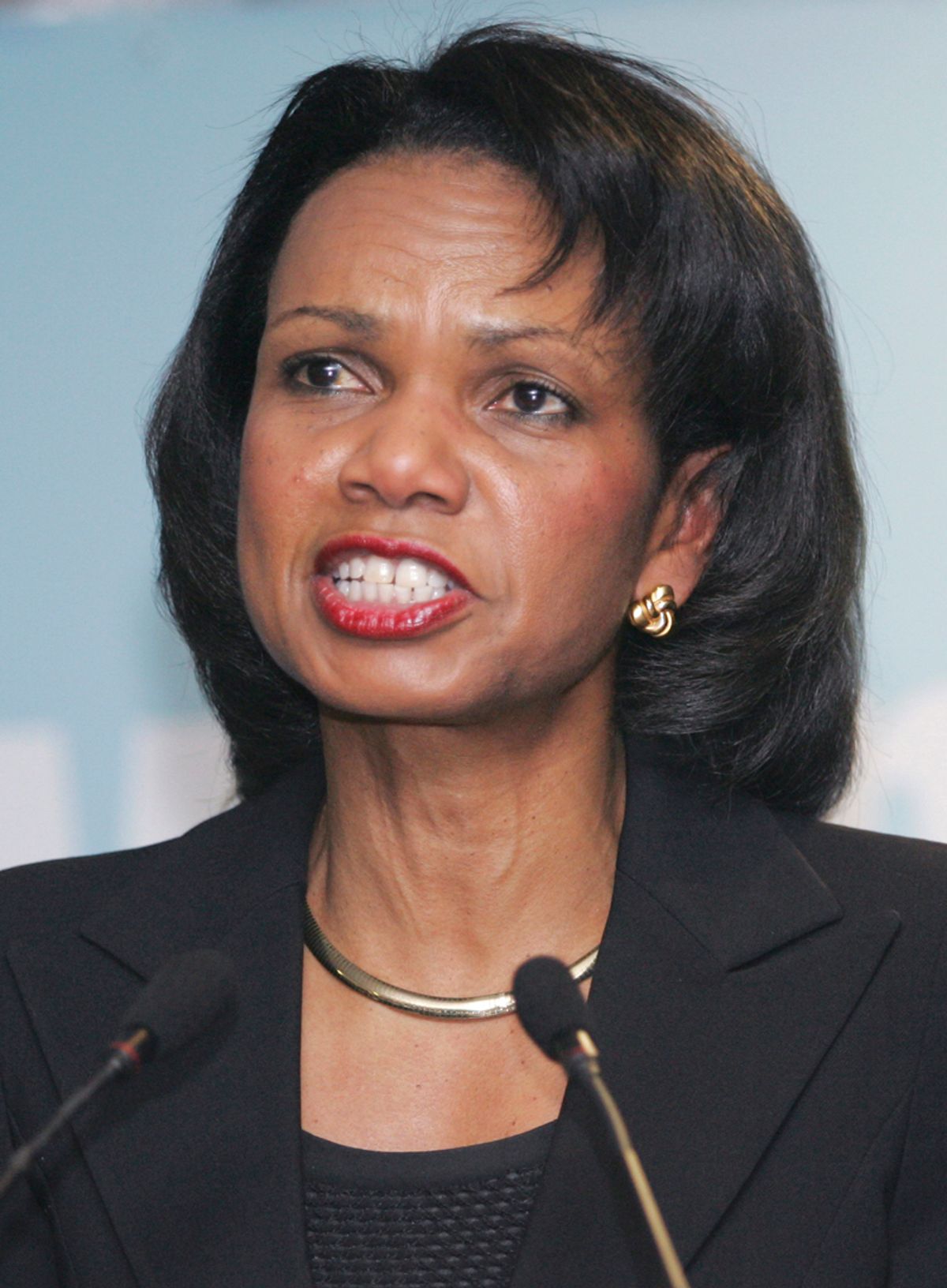 "We know that he has the infrastructure, nuclear scientists to make a nuclear weapon," she told me. . . .

Dr. Rice then said something that was ominous and made headlines around the world.

"The problem here is that there will always be some uncertainty about how quickly he can acquire nuclear weapons. But we don't want the smoking gun to be a mushroom cloud."

In dozens of top-secret talks and meetings in the White House, the most senior Bush administration officials discussed and approved specific details of how high-value al Qaeda suspects would be interrogated by the Central Intelligence Agency, sources tell ABC News.

The so-called Principals who participated in the meetings also approved the use of "combined" interrogation techniques -- using different techniques during interrogations, instead of using one method at a time -- on terrorist suspects who proved difficult to break, sources said.

Highly placed sources said a handful of top advisers signed off on how the CIA would interrogate top al Qaeda suspects -- whether they would be slapped, pushed, deprived of sleep or subjected to simulated drowning, called waterboarding.

The high-level discussions about these "enhanced interrogation techniques" were so detailed, these sources said, some of the interrogation sessions were almost choreographed -- down to the number of times CIA agents could use a specific tactic.

As the national security adviser, Rice chaired the meetings, which took place in the White House Situation Room and were typically attended by most of the principals or their deputies. . . .

Then-Attorney General Ashcroft was troubled by the discussions. He agreed with the general policy decision to allow aggressive tactics and had repeatedly advised that they were legal. But he argued that senior White House advisers should not be involved in the grim details of interrogations, sources said. . . .

According to a top official, Ashcroft asked aloud after one meeting: "Why are we talking about this in the White House? History will not judge this kindly."

The Principals also approved interrogations that combined different methods, pushing the limits of international law and even the Justice Department's own legal approval in the 2002 memo, sources told ABC News.

Then-National Security Advisor Rice, sources said, was decisive. Despite growing policy concerns -- shared by Powell -- that the program was harming the image of the United States abroad, sources say she did not back down, telling the CIA: "This is your baby. Go do it."

WASHINGTON -- President Barack Obama is meeting with former Secretary of State Condoleezza Rice to talk about a pending arms treaty with Russia and other issues .

A White House official said Rice and Obama have a "cordial relationship," and the president looks forward to Friday's meeting covering "a range of foreign policy topics."

In other words:  Prosecute Bush officials who broke the law and instituted a worldwide torture regime?  Please.  I'm doing the opposite:  I'm going to select some of them to occupy the highest positions in my administration and then meet with others in order to drink from the well of their wisdom on a wide range of foreign policy matters.

I realize this is very childish, shrill and unpragmatic of me.  All Serious people know that it's critical to let Bygones be Bygones and that Serious National Security officials must meet with one another across partisan lines to share their wisdom and insights.  Still, the fact that Obama is not only shielding from all accountability, but meeting in the Oval Office with, the person who presided over the Bush White House's torture-approval-and-choreographing meetings and who was responsible for the single most fear-mongering claim leading to the Iraq War, speaks volumes about the accountability-free nature of Washington culture and this White House.

John Aschroft was probably right that "history will not judge kindly" what these Rice-led officials did.  But that's obviously not true of contemporary amoral Washington or its current President.