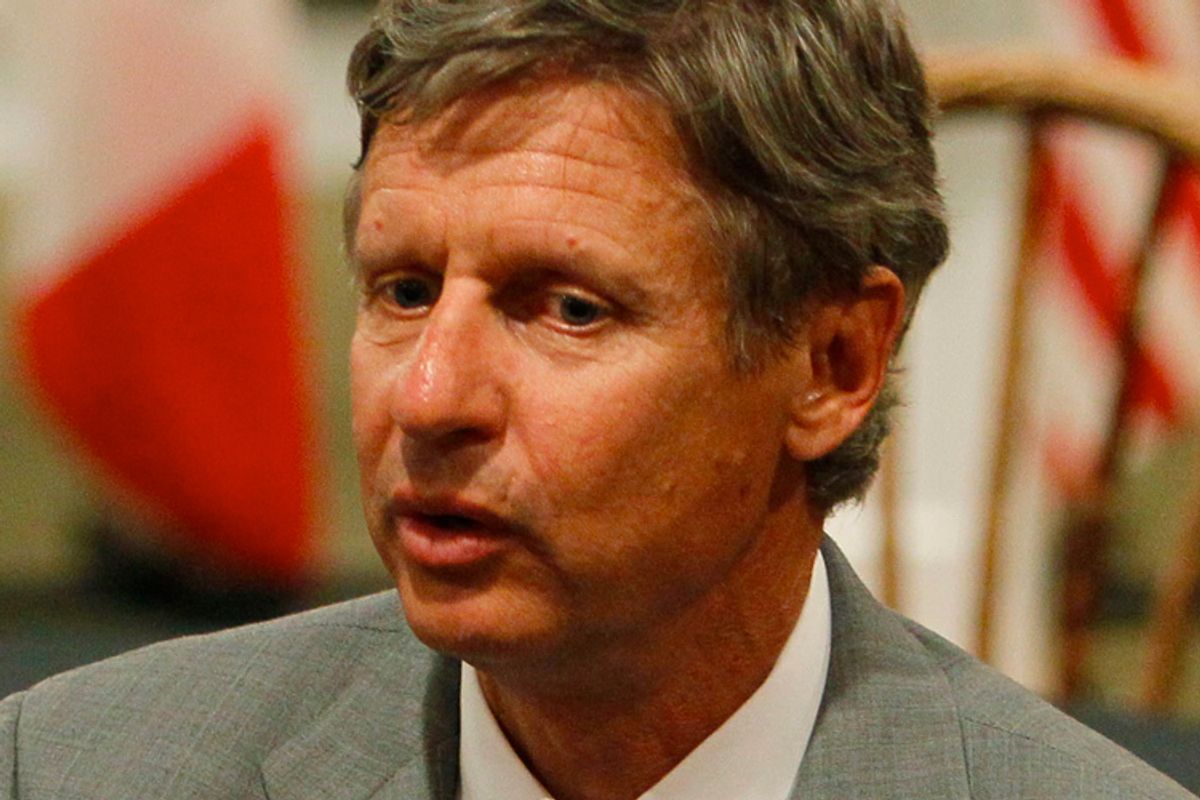 Former New Mexico governor Gary Johnson, whom I profiled for Salon back in May, is apparently continuing his quest to claim the libertarian Republican mantle from Ron Paul.

Late Thursday, Johnson -- who has hinted at a run for the 2012 GOP nomination -- released a statement on this week's ruling by a federal judge that the military should stop enforcing Don't Ask Don't Tell (DADT). The statement placed him somewhat to the left of Barack Obama.

Enjoining the president -- apparently with limited success -- to "let that ruling stand and move on," Johnson added: "Don’t Ask, Don’t Tell" has always been wrong and it is still wrong."

Johnson insisted that there was no need to wait for Congress to repeal DADT. "Stop the smoke screen," Johnson argued. "This policy is just not fair and it does not work -- we need to get rid of it now."

Although those sentiments might not sound unusual springing from the lips of, say, Rachel Maddow, they continue to place Johnson a long way from the mainstream of today’s GOP. A Republican filibuster in the Senate sank the most recent attempt to repeal DADT and, even though some Republicans insisted they acted primarily in protest Harry Reid's procedural maneuvering, GOP leaders haven't exactly been lining up to champion the cause of repeal.

But Johnson is used to breaking with the GOP establishment. He is, after all, in favor of abortion rights and legalizing marijuana; opposed to the wars in Afghanistan and Iraq; and an admirer of Nevada’s long-ago decision to legalize prostitution.

In Thursday's statement, he called upon the memory of a libertarian Republican from the past to justify his position.

"As Barry Goldwater said when the policy was first put in place, a fundamental tenet of conservatism is that government should stay out of people’s private lives -- and out of the impossible task of legislating morality."