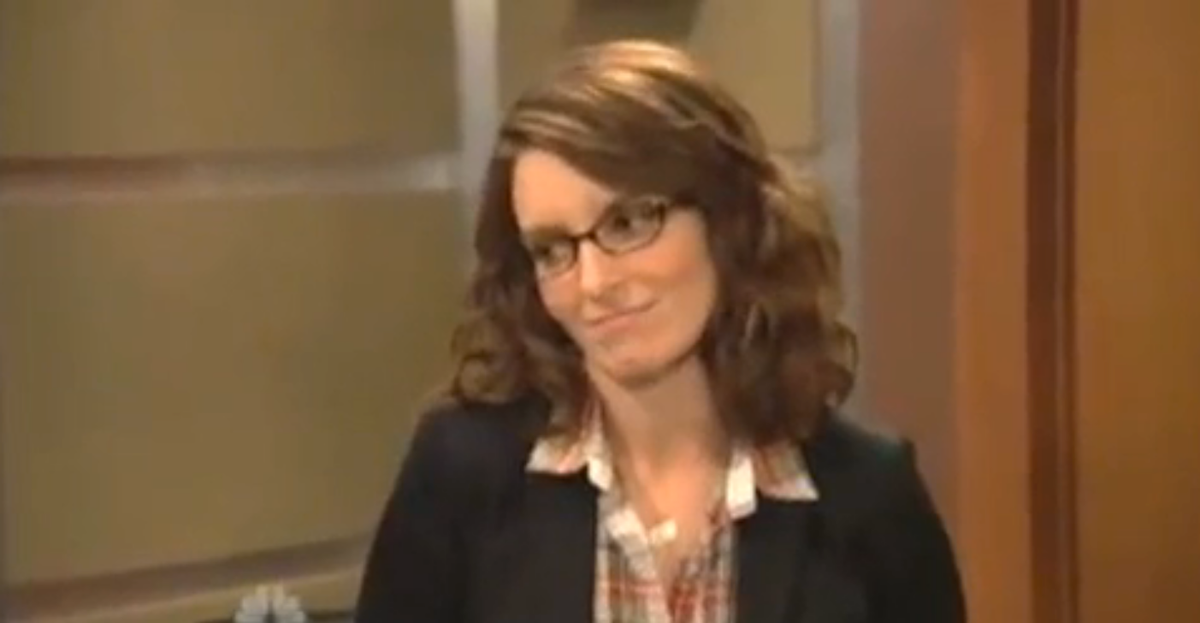 It was all a dream!

Well, not exactly. But if you were wondering why Thursday's "30 Rock" resembled, in the words of Alec Baldwin's Jack Donaghy, a Mexican soap opera, the answer came in the final moments of the show's exhilarating, wildly uneven live episode. When Donaghy, who had quit drinking in solidarity with his pregnant girlfriend, finally yielded to temptation and accepted Liz Lemon's invitation to join her in a birthday libation, that first welcoming sip jolted him right back to the far less harsh world of the show's regular filmed format. "That's more like it," he sighed.

It was a reassuring message to viewers that the stunt was an anomaly, as unlikely to become a habit as Jack's sobriety was. Yet despite resembling at times the world's longest, most excruciating Saturday Night Live sketch, even the shakiest episode of "30 Rock" is still head and shoulders above the vast majority of prime-time sitcom dreck. (Take "Outsourced." Please.)

For "30 Rock," a sitcom that takes its premise from the behind-the-scenes shenanigans of a live television comedy show and features a stellar cast of theater and improv troupers, to get around to doing a live episode was all but inevitable. This, after all, is the series that channeled the enforced inertia of the Writer's Guild strike of three years ago into an opportunity to do a staged version of the sitcom.

Yet the great experiment didn't always fly, and it proved the glaring differences between sketch comedy and a great – but traditional – sitcom. Performed before a live audience in the Saturday Night Live studio, the episode evoked the most stage-y, schticky aspects of old school, "filmed before a live studio audience" comedies. The cast seemed surprisingly stiff, and even Tracy Morgan, who never met a chance to go rogue he couldn't seize, appeared listlessly trapped in the meta joke within a joke of his Tracy Jordan's urge to break character. And when Rachel Dratch, as the cleaning woman who shares a natal day with Liz Lemon, rhapsodized about her love of "Happy Days," it evoked uncomfortable similarities between the "30 Rock" audience's overenthused hoots and those vintage cheers whenever the Fonz strode into Arnold's.

Yet there were still plenty of moments of surprise and delight. Who knew that Julia Louis-Dreyfus, trotted out as the flashback version of Liz, could do such a wicked Tina Fey? Who knew that Chris Parnell, as America's favorite "doctor" Leo Spaceman, could lay down such sweet baby-making music? Watch your back, R. Kelly, because Spaceman's "Love Storm" CD is about to set off an epidemic of freak getting-on.

There were cameos from the ever reliable Matt Damon, Bill Hader, and Jon Hamm, and the writing was on par with the show's usual brilliantly bizarro-world standards. Jack's desperate, alcoholic plea to the always half-gassed Jenna, "Can I smell your mouth?" may be the strangest, funniest thing anyone's said on the show yet this year. And kudos to the show's creators for not just doing the episode live twice – once for the east coast and again for the west – but for tweaking the gags for both audiences. (Julia Louis Dreyfus's early bird "Slumdog Millionaire" dis to Jonathan, for example, had morphed into an "Aladdin" reference by the late show.)

All in all, the gimmick wasn't the best of "30 Rock" – but it wasn't "$#*! My Dad Says" by a long shot. It was silly, it was risky, and even if audiences didn't get the thrill of something going horribly wrong, it was entertaining. And though birthday girl Liz Lemon may now be "halfway to death," it's clear the best sitcom on television still has plenty of life left in it.