America is becoming a plutocracy

More and more wealth in fewer and fewer hands, secret campaign donations: It's a perfect storm 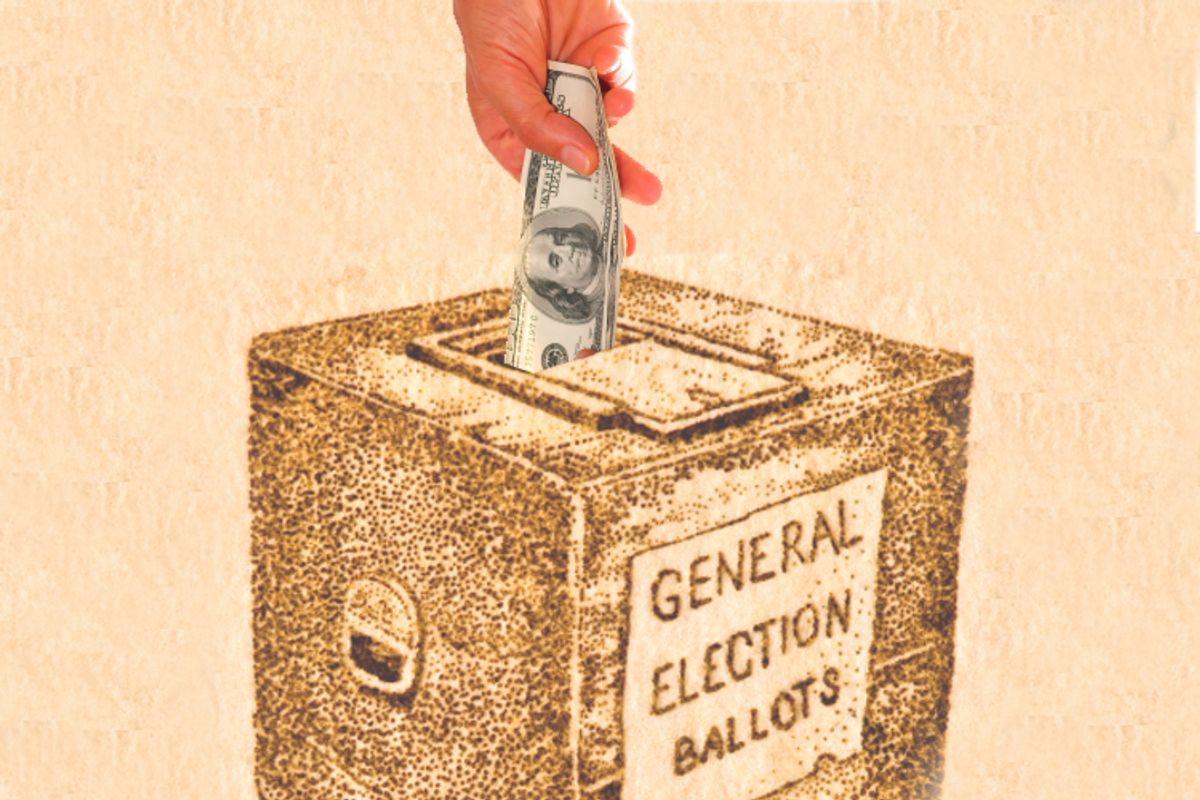 First, income in America is now more concentrated in fewer hands than it’s been in 80 years. Almost a quarter of total income generated in the United States is going to the top 1 percent of Americans.

The top one-tenth of 1 percent of Americans now earn as much as the bottom 120 million of us.

Who are these people? With the exception of a few entrepreneurs like Bill Gates, they’re top executives of big corporations and Wall Street, hedge-fund managers, and private equity managers. They include the Koch brothers, whose wealth increased by billions last year and who are now funding Tea Party candidates across the nation.

Which gets us to the second part of the perfect storm. A relatively few Americans are buying our democracy as never before. And they’re doing it completely in secret.

Hundreds of millions of dollars are pouring into advertisements for and against candidates -- without a trace of where the dollars are coming from. They’re laundered through a handful of groups. Fred Maleck, whom you may remember as deputy director of Richard Nixon’s notorious Committee to Reelect the President (dubbed Creep in the Watergate scandal), is running one of them. Republican operative Karl Rove runs another. The U.S. Chamber of Commerce, a third.

We’re back to the late 19th century when the lackeys of robber barons literally deposited sacks of cash on the desks of friendly legislators. The public never knew who was bribing whom.

Just before it recessed the House passed a bill that would require that the names of all such donors be publicly disclosed. But it couldn’t get through the Senate. Every Republican voted against it. (To see how far the GOP has come, nearly 10 years ago campaign disclosure was supported by 48 of 54 Republican senators.)

Here’s the third part of the perfect storm. Most Americans are in trouble. Their jobs, incomes, savings and even homes are on the line. They need a government that’s working for them, not for the privileged and the powerful.

Yet their state and local taxes are rising. And their services are being cut. Teachers and firefighters are being laid off. The roads and bridges they count on are crumbling, pipelines are leaking, schools are dilapidated, and public libraries are being shut.

There’s no jobs bill to speak of. No WPA to hire those who can’t find jobs in the private sector. Unemployment insurance doesn’t reach half of the unemployed.

Washington says nothing can be done. There’s no money left.

No money? The marginal income tax rate on the very rich is the lowest it’s been in more than 80 years. Under President Dwight Eisenhower (who no one would have accused of being a radical) it was 91 percent. Now it’s 36 percent. Congress is even fighting over whether to end the temporary Bush tax cut for the rich and return them to the Clinton top tax of 39 percent.

Much of the income of the highest earners is treated as capital gains, anyway -- subject to a 15 percent tax. The typical hedge-fund and private-equity manager paid only 17 percent last year. Their earnings were not exactly modest. The top 15 hedge-fund managers earned an average of $1 billion.

Congress won’t even return to the estate tax in place during the Clinton administration -- which applied only to those in the top 2 percent of incomes.

It won’t limit the tax deductions of the very rich, which include interest payments on multi-million dollar mortgages. (Yet Wall Street refuses to allow homeowners who can’t meet mortgage payments to include their primary residence in personal bankruptcy.)

There’s plenty of money to help stranded Americans, just not the political will to raise it. And at the rate secret money is flooding our political system, even less political will in the future.

The perfect storm: An unprecedented concentration of income and wealth at the top; a record amount of secret money flooding our democracy; and a public becoming increasingly angry and cynical about a government that’s raising its taxes, reducing its services, and unable to get it back to work.