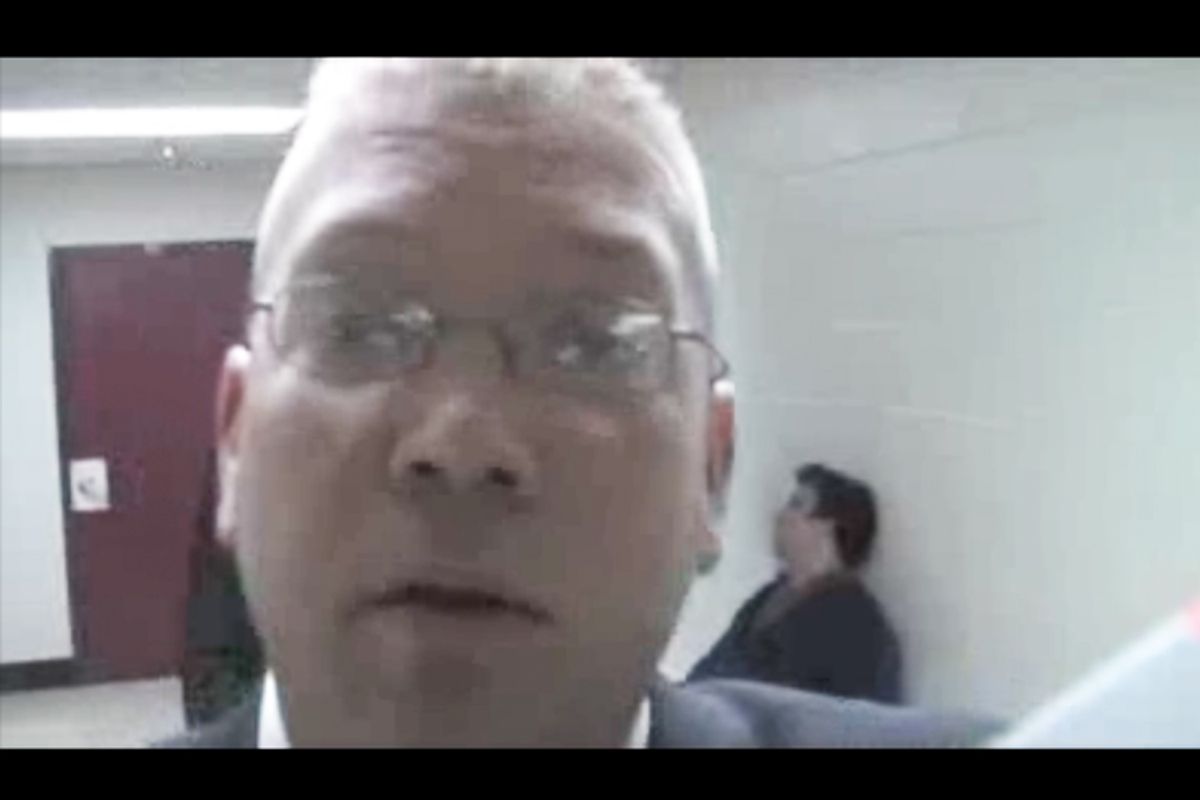 New video has emerged of the Sunday incident in which Alaska journalist Tony Hopfinger was detained by private security guards working for GOP Senate candidate and Tea Partier Joe Miller.

The video was taken by a reporter with the Anchorage Daily News. In it, Miller's guards, who work for a company called Dropzone and seem to be doing their best Secret Service impression, try to make ADN reporter Richard Mauer leave as he interviews Hopfinger. The town hall event was open to the public and was held in a public school.

Says one of the guards, "If you don't leave right now, I'm gonna put you in handcuffs too."

Here's the fairly dramatic video, via the Anchorage Daily News: