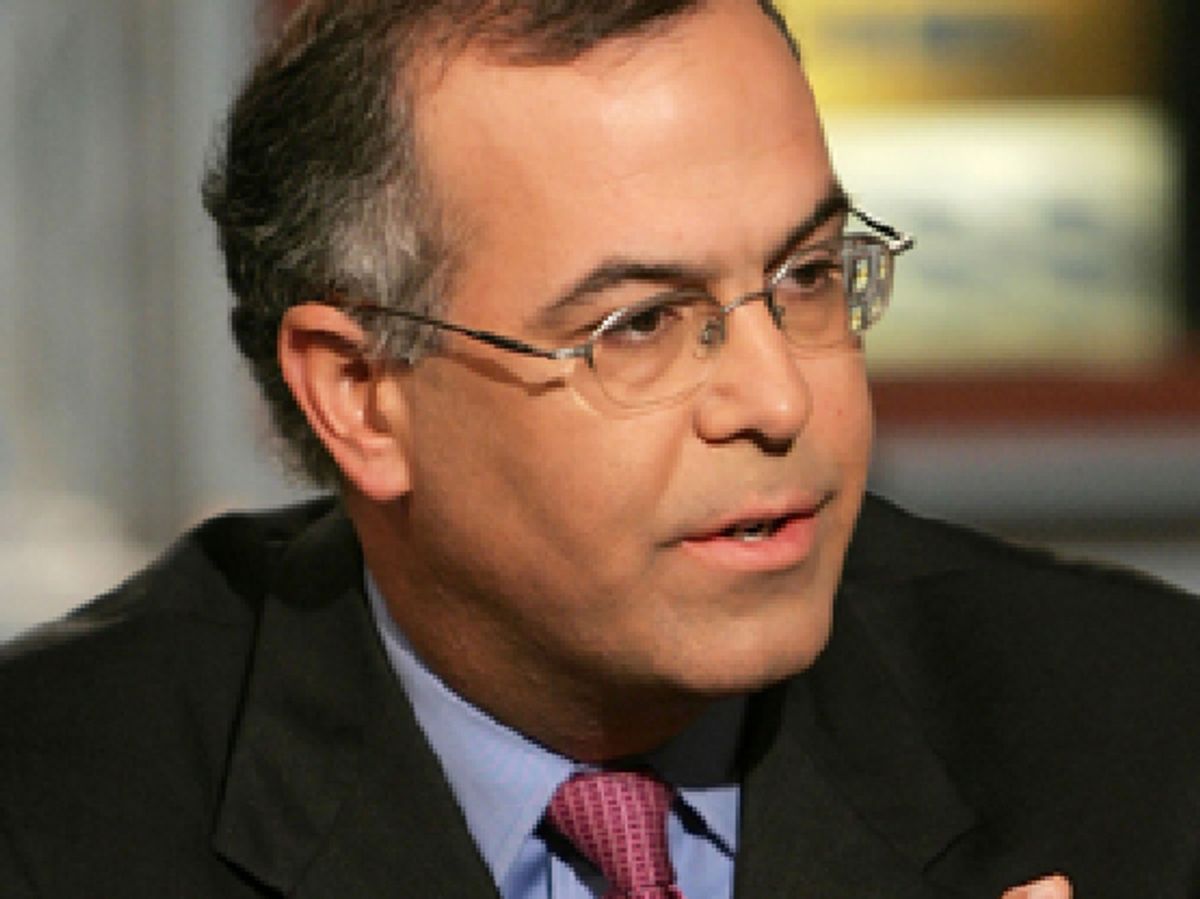 In his New York Times column today dismissing concerns over the massive amounts of anonymous money being poured into the 2010 election, David Brooks contends that "money is almost never the difference between victory and defeat" and that the evidence is "slight" that "campaign spending has an important influence on elections."  To mock as baseless and alarmist concerns over out-of-control spending on this election, Brooks focuses on two principal sources of anonymous right-wing funding:  the Chamber of Commerce and Karl Rove.  When doing so, Brooks makes what appears to me to be some rather misleading claims.

About the Chamber of Commerce, Brooks writes:

This year, for example, the United States Chamber of Commerce is spending $22 million for Republicans, while the Service Employees International Union is spending about $14 million for Democrats.

Every news report provides a vastly higher amount for the Chamber's intended 2010 election spending.  As the NYT reported on October 12:  "The Chamber will most likely meet its fund-raising goal of $75 million, more than double what it spent on the 2008 campaign, Republican operatives say."  It's long been reported by numerous establishment media outlets that the Chamber "has pledged to spend $75 million in this year's elections."  What is the source of Brooks' claim that "the United States Chamber of Commerce is spending $22 million for Republicans," which seems to be off by a factor of at least 3?

Perhaps Brooks intended to convey only what the Chamber has spent so far, not what it will spend once the election is over.  The language he uses is very vague in that regard ("the United States Chamber of Commerce is spending $22 million for Republicans").  But if that's what he intended, that formulation is inherently misleading.  Why tell your readers that the Chamber "is spending" only $22 million when they themselves say they will spend at least 3 1/2 times that amount, and when the Chamber is proudly announcing that it "will ramp up its political activity in the three weeks remaining before the November 2 Congressional elections"?  Moreover, the claim that Brooks, with these amounts, was merely referring to amounts spent already (rather than amounts that will ultimately be spent) cannot be reconciled with the fact that SEIU has spent only $8 million thus far, not the $14 million Brooks attributed to them.

Brooks' claim about Rove is even more difficult to understand:

Democrats have a healthy fear of Karl Rove, born out of experience, but there is no way the $13 million he influences through the group American Crossroads is going to reshape an election in which the two parties are spending something like $1.4 billion collectively.

Two Republican-leaning political groups affiliated with Karl Rove said they have raised $56 million, more than their initial goal of $50 million.

American Crossroads, which discloses its donors, and Crossroads Grassroots Policy Strategies, which doesn't, have been among the biggest outside spenders for the 2010 elections. . . . The two groups now plan to raise $65 million, spokesman Jonathan Collegio said today.

How can Brooks tell his readers that Rove "influences" only $13 million when he himself is boasting that he will spend at least $56 million, and probably $65 million, on the election -- the vast bulk of which is anonymously funded and devoted to electing GOP candidates?

Several days after Obama attacked Rove's spending, Rove boasted in The Wall Street Journal:  "Crossroads and GPS have raised more than $14 million since [Obama] began his assault last week, enabling them to become active in House races they weren't targeting before."  In other words, in less than one week, Rove's two groups raised more than the total amount which Brooks today told NYT readers Rove "influences."  As of 10 days ago, Rove's two groups already spent $3.6 million in Colorado alone to defeat Democrat James Michael Bennet, another $3 million in Missouri's Senate race, and another $3 million in Nevada to defeat Harry Reid.  The most recent totals just for American Crossroads shows almost $4 million spent already on the Colorado Senate race, over $3 million on the Illinois race, and more than $2 million each in Florida and Missouri; American Crossroads' spending on those four Senate races alone already exceeds $11 million.

Brooks' bottom line is that the spending by these right-wing groups is trivial compared to the fact that "the two parties are spending something like $1.4 billion collectively."  But if one uses the real amounts just these two entities (Chamber of Commerce and Rove) themselves say they will spend -- $75 million and $65 million -- that total, $140 million, will be a substantial chunk of the total amount being spent in all races.  That's just from two entities; that's to say nothing of the numerous other right-wing groups spending millions of dollars in unaccountable, anonymous funds.

Given that all of this funding can be (and is being) directed to close races, and given that the vast bulk of this funding is completely unknown and anonymous (a five-fold increase in anonymous spending since 2006), it requires misleading formulations to depict these amounts as insignificant and trivial in the scheme of things.  With his column today, Brooks seems to have relied on exactly that approach to make his point.  Brooks purposely concealed from his readers that just these two entities alone were spending $140 million to shape election outcomes -- most of which are from unknown sources -- because that fact renders Brooks' dismissal absurd on its face.

The reason this matters so much is obvious.  As Robert Reich explains today:

An unprecedented concentration of income and wealth at the top; a record amount of secret money flooding our democracy; and a public becoming increasingly angry and cynical about a government that's raising its taxes, reducing its services, and unable to get it back to work.  We're losing our democracy to a different system. It's called plutocracy.

It's completely unsurprising to watch the elite-revering David Brooks dismissing concerns over these dangers, but he ought to at least be required to maintain some minimal factual accuracy when doing so.

UPDATE:  There's another equally misleading aspect of Brooks' column which I overlooked.  As Emory Professor David Cutler explains in an email to me -- see here -- Brooks' claim that "the two parties are spending something like $1.4 billion collectively," made to depict independent expenditures as insignificant, is quite convoluted and deceitful.

UPDATE II:  Brooks was apparently using the opensecrets.org site, which lists current spending by SEIU as $14 million, rather than the $8 million listed by the Post.  That site, however, also lists the combined totals for Rove's two groups (American Crossroads and Crossroads GPS) as more than $21 million, not the $13 million which Brooks attributed to Rove.  Most important, by concealing from his readers the actual, massive totals these groups acknowledge they will spend -- with the majority to be spent in the final weeks before the election -- Brooks deliberately makes the amounts seem far smaller than they will be.

Had Brooks disclosed the truth to his readers about the actual, planned spending of the Chamber and Rove -- as well as, as Time's Michael Crowley notes, the $90 million expected to be spent by Haley Barbour's Republican Governors' Association on governors' races alone -- Brooks simply could not maintain with a straight face that the issue of outside spending makes little difference.  So he simply hid those facts from his readers by choosing to present these facts in the most misleading light possible.