No, this isn't the setup for a joke: Virginia Thomas actually leaves her a message requesting an apology 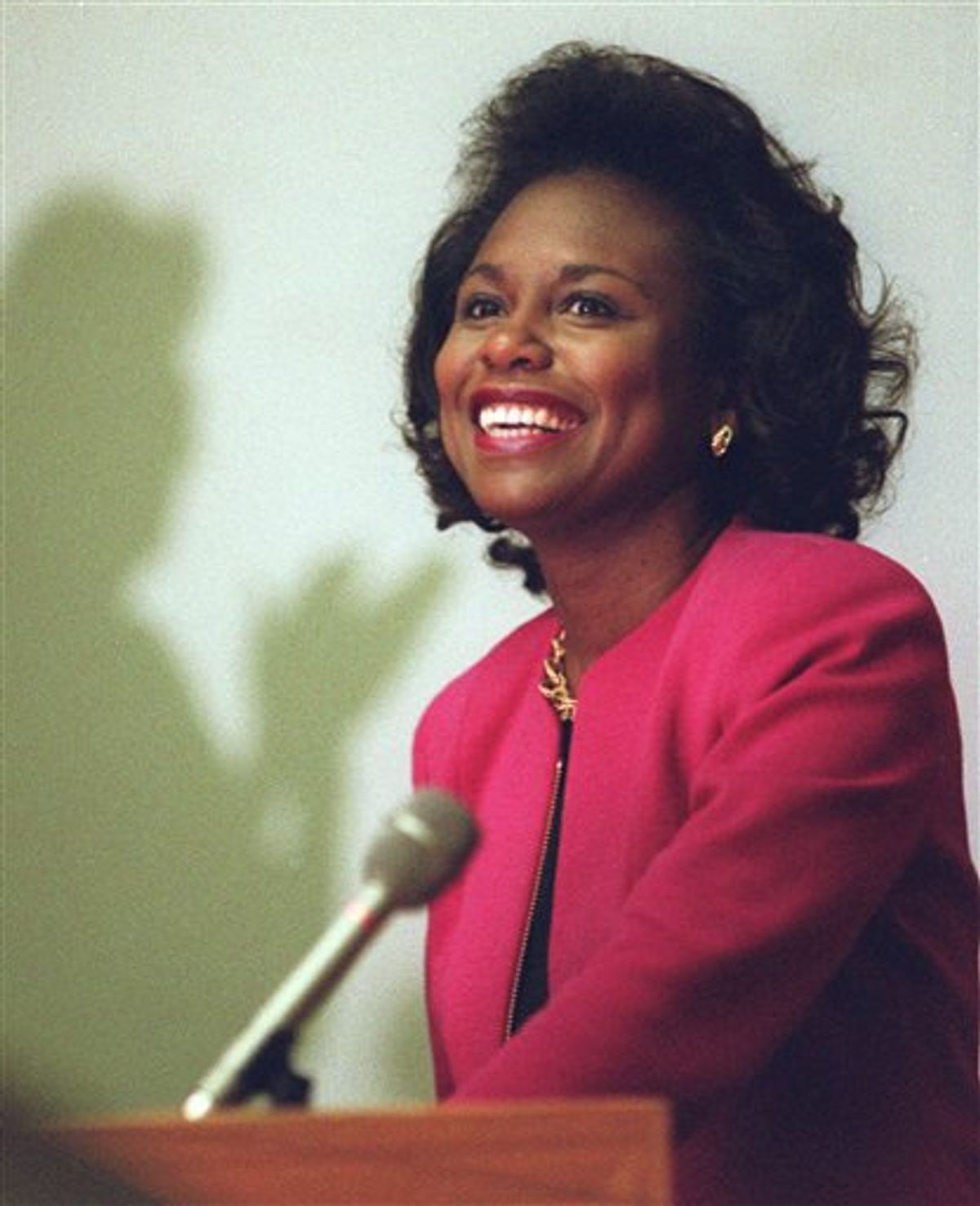 FILE - In this April 8, 1993, file photo, Anita Hill is seen in Cambridge, Mass. Virginia Thomas, wife of Supreme Court Justice Clarence Thomas is asking Hill to apologize for accusing the justice of sexually harassing her, 19 years after Thomas' confirmation hearing spawned a national debate about harassment in the workplace. (AP Photo/Susan Walsh) (AP)
--

Imagine Anita Hill's shock when she checked her voicemail last weekend and found a message from one Virginia Thomas. As in, the wife of Supreme Court Associate Justice Clarence Thomas, the man she accused of sexual harassment back in 1991. The New York Times reports that Thomas has confirmed that she made the out-of-the-blue call as a means of "extending an olive branch." It's more accurate to say that she extended ... a request for an apology. The message went like so:

Good morning, Anita Hill, it's Ginny Thomas. I just wanted to reach across the airwaves and the years and ask you to consider something. I would love you to consider an apology sometime and some full explanation of why you did what you did with my husband. So give it some thought and certainly pray about this and come to understand why you did what you did. Okay have a good day.

Um, the 90s is calling and it wants its sex scandal back, apparently.