Keep your eyes peeled: There's a bold new raptor in the sky, eager to pounce on weaselly warming skeptics 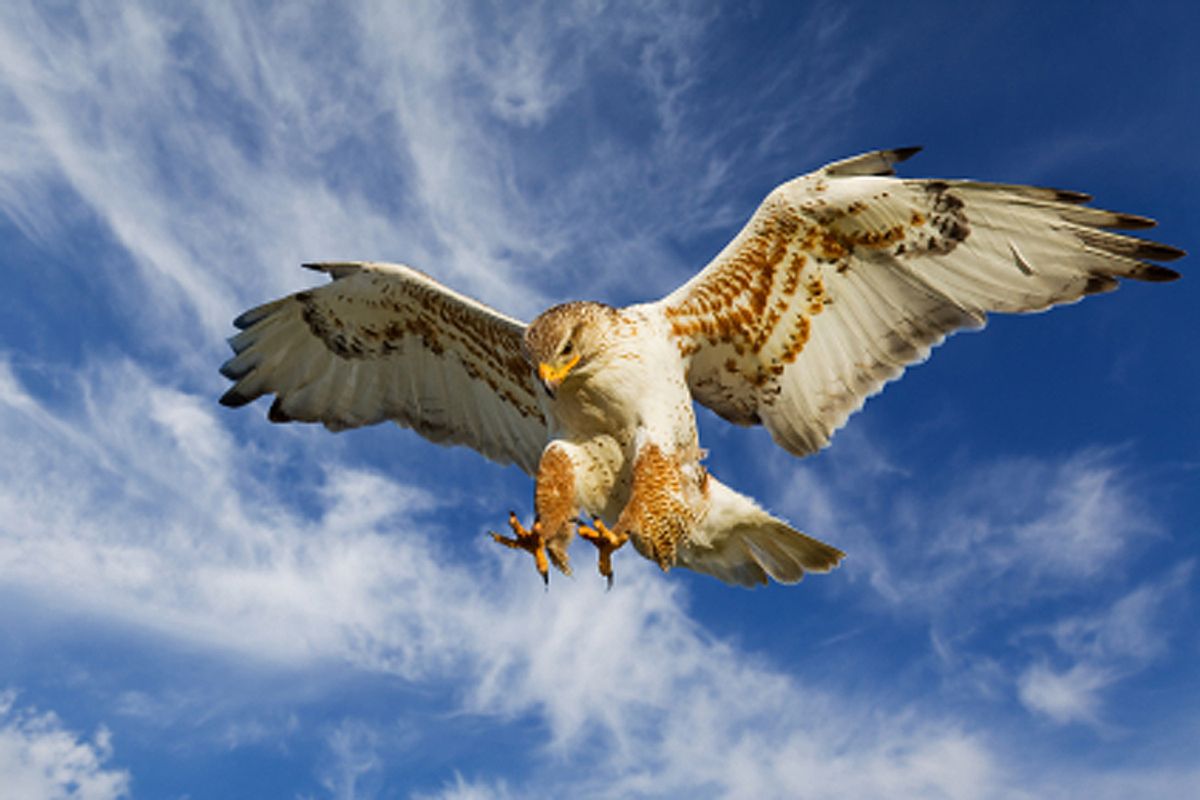 The climate hawks swooped down upon Twitter out of a clear, blue, abnormally hot sky, scattering skeptics before them like so many terrified field mice. Their talons red with the blood of climate appeasers and climate zombies, their eyes blazing with a calm defiance rooted in hard science, their wings spread wide to encompass the majesty of the entire planet, the climate hawks came forth to send a message: We will not accept defeat, or rising temperatures. We are not gently smiling, patchouli-scented lovers of Gaia. We are the true cold warriors of Mother Earth, sworn to beat the heat.

How can you not swoon at the glorious silhouette of the proud climate hawk, a brave new species of raptor barely a day out of the nest? All credit to Grist's indefatigable climate blogger, David Roberts, (with an assist from colleague Jonathan Hiskes), who has been seeking a convenient way to describe the subset of people "who understand climate change and support clean energy but do not share the rest of the ideological and sociocultural commitments that define environmentalism as historically understood in the U.S."

Yeah, that's a mouthful, and I excuse you if your attention suddenly wandered. Can I lure you back with the riveting screech of the pouncing climate hawk? Because I do think that Roberts has pulled off a brilliant jiujitsu move of rhetorical framing -- borrowing a word most often used to describe a conservative/aggressive military or diplomatic posture to emphasize the message that the world needs action to confront the challenge of climate change.

In foreign policy a hawk is someone who, as Donald Rumsfeld used to put it, "leans forward," someone who's not afraid to flex America's considerable muscle, someone who takes a proactive attitude toward gathering dangers. Whatever you think about foreign policy, is that not the appropriate attitude to take toward the climate threat? Does it not evoke a visceral sense of both peril and resolve, the crucial missing elements in America's climate response?

Very nice. But even better, for raptor-loving old school environmentalists, is how much fun you can have with the term. On Twitter, writers instantly started wheeling over the high plains of irony, gleefully delighting in their awesome new powers of flight.

I once saw @climatehawks attack a climate ostrich and rip its head right out of the sand. #truestory

You are the wind power beneath my wings, @climatehawks.

Awesome to see so many thought leaders come around to #climatehawks Dissent is thin on the ground and should be easy enough to exile.

Of course, not everyone is on board. Lockstep adherence to the party line never works as well on the American left as it does on the right, a point illustrated in spades by a tweet from nature write Chris Clarke:

Ivanpah solar facility will kill hundreds of raptors. You'll excuse me for not joining in the #climatehawks coinage lovefest.

One is tempted here to make a comment about how one might have to kill the hawks in order to save the hawks, but ironic cooptation does have some limits. In the meantime, it will be instructive to see whether climate hawks prosper or go quickly extinct. Because it would be nice to see what might happen when a kettle of climate hawks chanced upon a scuttle of deniers. Could be some carnage.