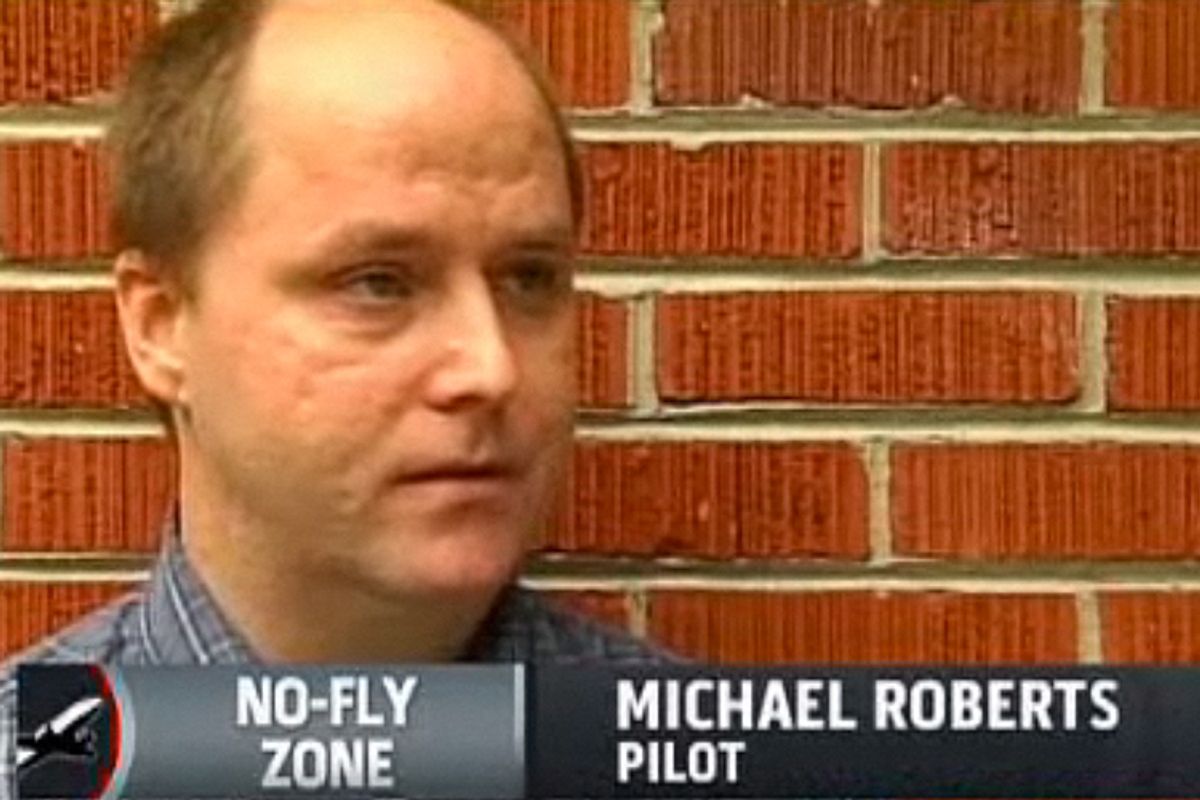 So everybody is asking what I think about Michael Roberts, the airline pilot who refused a TSA body scan and was denied entry into the concourse.

Roberts is a pilot with ExpressJet Airlines, which does business as Continental Express. On Oct. 15 he was commuting from Memphis, where he lives, to his base in Houston. He was in full uniform and in possession of his FAA and company credentials.

At a TSA checkpoint at Memphis International Airport, Roberts was asked to remove his shoes in order to pass before one of the checkpoint's Advanced Imaging Technology (AIT) body scanners. He chose not to receive the scan -- in TSA parlance he "opted out."

Crewmembers are usually offered the standard metal detector walk-through, but opting out of a body scan automatically subjects the traveler, be it passenger or pilot, to a hands-on frisking, which TSA refers to as "secondary screening." As Roberts saw it, a pat-down would be just as unnecessary and intrusive as the scan, and so he refused this as well.

At which point he was told he would not be allowed to proceed.

Roberts denies being abusive or confrontational, but he did ask for a clarification. Unfortunately, TSA staff don't always appreciate having to be held accountable or explain their actions, and in Roberts' case their clarification involved calling in the airport police.

The police saw no reason to detain Roberts, but TSA went ahead and, for reasons that aren't exactly clear, phoned his supervisor's office in Houston. He describes his employment status as "on hold."

There is little I could say about this that I haven't said before. The issue of crew screening is something I've written about several times. I generally find it a tedious, insulting and occasionally bullying experience that does all but nothing to enhance safety. On the contrary it pulls time and resources away from efforts that might actually be useful. It wastes the employee's time and it wastes the passenger's time, while airlines suffer the consequences of yet more frustrated, ticked-off customers.

I haven't had a run-in quite like that of Roberts, but if I had to pick a moment from my own perspective that best epitomizes the lunacy of TSA's crew screening policy, it was the 2008 incident in which TSA guards confiscated a piece of airline-issue cutlery from my crew luggage.

Like Roberts, I was in full uniform with all my credentials, yet TSA found it prudent to hold up the line and rifle through my belongings, dare I board an aircraft with a tiny, rounded metal knife -- the very cutlery that is handed out to first-class passengers.

Never mind for a moment the pointlessness, if you'll excuse the pun, of confiscating such items from anybody, let alone from pilots. The Sept. 11 scheme ceased being a viable option for a terrorist even before the South Tower began its fateful wobble, and in any case you can fashion a deadly sharp object from pretty much anything. But extending this ban to crews goes further into insanity: That an airline pilot at the controls would need a finger-sized piece of silverware to commit an act of sabotage is too ridiculous for words.

As is the idea that because a pilot chooses not to be viewed naked, he therefore deserves to be frisked.

But not too ridiculous, apparently, for national security policy.

Here's another, more recent story of something I encountered at a major airport: I was commuting to work in my uniform pants and shoes, but wearing a civilian shirt. When I tried walking through the detector with my shoes on, I was flagged by a guard. Without so much as looking at me she asked -- no, that's not the right word, she demanded -- that I take my shoes off.

When I tried to show her my ID and credentials, she would have none of it. "You ain't in full uniform! That's the rule! You gotta be in full uniform to keep your shoes on."

I offered to show her my work shirt, which was right there in my bag, but she only scolded me further.

When I told her that I would remove the shirt and actually put it on, thus meeting the full uniform criteria, well that just set her off even more. "You ain't puttin' it on here, I can tell you that!" she fumed. "You go put it on in the bathroom!"

I didn't realize TSA had the authority to tell me where and how I might get dressed, but I held my tongue. Instead, I politely, if frustratedly asked for an explanation as to why my shirt was apparently more important than my ID and FAA licenses. She ignored me and wouldn't give me one.

So I asked again, and she continued to ignore me.

A supervisor ambled over and I explained my case. "Put it in writing and send it to Washington," was his advice. I got the impression that he more or less agreed with me, but as a front-line worker at the airport he had little say in actual policy or how to enforce it. That's fair enough, though it did not excuse his colleague's rudeness and hair-trigger temper.

Imagine that woman with actual law-enforcement power. Or a weapon.

Reportedly TSA is lobbying hard for law-enforcement power, and that it could happen is something worth worrying about. Speak out, or speak up, and you'll be arrested. Protest the TSA's rules, or demand an explanation as to why a guard is taking your belongings or possibly violating your rights, and you'll be locked up.

Talk about the proverbial "big government." I need to ask: Why are so many Americans who rail against the excesses of the state so willing to toe the line in deference to (false) notions about "security" and "terrorism"? Freedoms are so important, it seems, until you drag security into the conversation, and then it's anything goes.

Which brings up Ben Franklin's famous quote. It's a tired old quote, I know, but it merits repeating: "They that can give up essential liberty to obtain a little temporary safety deserve neither liberty nor safety."

Essential liberty isn't necessarily the right for a pilot to wear his shoes through a metal detector, but it is the right to ask questions, and expect some level of accountability, without being fined, handcuffed, screamed at or hauled away. For now complaints are met with silence or "because that's the rule," and loud orders to fall in line.

Soon they could be met by something worse.

Am I missing something, or is that a police state almost by definition?

Heaven help us. A few weeks ago in a post I had some positive things to say about TSA. Sadly, incidents like this remind us just how regressive -- and repressive -- our concourse protocols remain.

To be clear, I am not advocating that airline crews be able to bypass airport screening altogether. However, is it really presumptuous of me to suggest that professional employees entrusted with the lives of their passengers, and whose backgrounds have been comprehensively vetted by both the FAA and their employers, deserve preferential treatment?

Especially when other airport workers, such as cleaners, caterers, fuelers, etc. with full access to aircraft already receive it? Is it not remarkable that one of these ground workers can bypass most of the TSA rigmarole, but a pilot or flight attendant cannot? And excuses about "perception" don't cut it. If the public needs theater, rather than true security, in order to feel safe, we're in worse shape than I thought.

The Air Line Pilots Association has been pursuing something known as CrewPASS for some time now. If and when enacted, CrewPASS would set up preferential, alternative checkpoints for pilots. Progress has been glacially slow.

On the other hand, I have mixed feelings about CrewPASS. While it potentially spares me from certain indignities, it ignores the root of the problem and does nothing to spare the traveling public. If only our policies were rational in the first place, we wouldn't need it.

Postnote: You've got to keep a sense of humor through all of this. Here's a picture I snapped recently at the airport in Taipei. If nothing else, it shows us that TSA does not hold a monopoly on silliness.