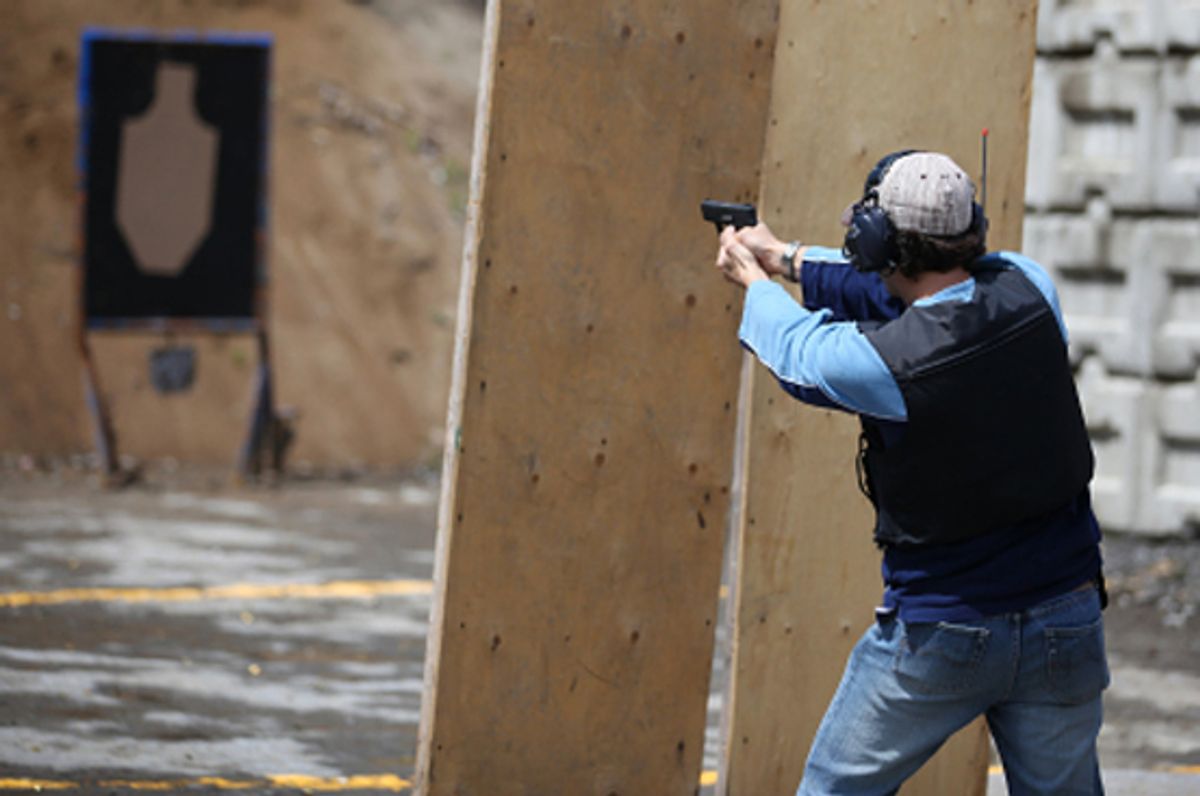 North Carolina Republican House candidate Ilario Pantano isn't the first politician to hold a fundraiser at a gun  range. But he probably is the first who became famous for shooting two unarmed Iraqi prisoners at close range up to 60 times with an assault rifle.

We've written previously about how Pantano's controversial past as a Marine in Iraq has largely been ignored by his opponent, incumbent Rep. Mike McIntyre (D-N.C.). But Pantano's recent announcement (via Yuna Shin) that he's holding a fundraiser at a shooting range -- where supporters are promised a chance to "see if you have what it takes to outshoot Ilario Pantano" -- underscores the extent to which the Iraq killings are a nonissue. Pantano actually seems to be comfortable calling attention to the episode.

From the announcement of the Pantano fundraiser at Ant Hill Range:

WANTED: Patriots to help Pantano protect the Second Amendment and fire Pelosi and the Liberal Congress!

Come see if you have what it takes to outshoot Pantano, your candidate for the U.S. Congress. Pantano needs your help to fix Washington, so come on out to the social fundraiser for an afternoon of fun, food, and guns!

WHO: Any patriot who thinks they can outshoot their next Congressman

WHAT: A fundraiser pistol match, $25 per entry. Bring your own guns/ammo.