The left is crowing, but punishing journalists -- even Fox News toadies -- for having opinions is a terrible idea 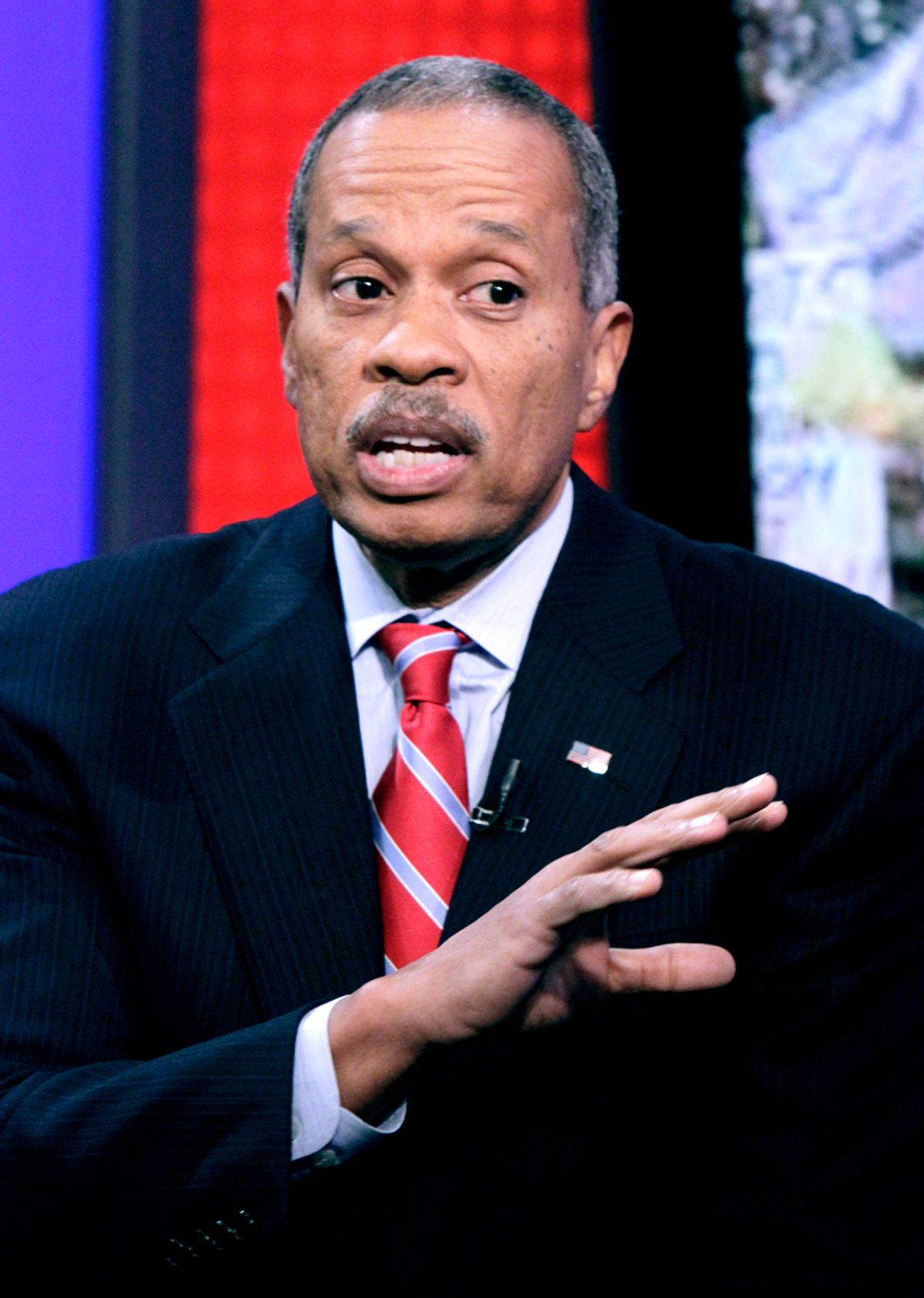 News analyst Juan Williams appears on the "Fox & friends" television program in New York, Thursday, Oct. 21, 2010. Williams, who has written extensively on race and civil rights in the U.S., has been fired by National Public Radio after comments he made about Muslims on Fox News Channel's "The O'Reilly Factor," on Monday. (AP Photo/Richard Drew) (Richard Drew)
--

I'm the last person who ought to be feeling sympathy for fired NPR analyst Juan Williams today. It was a little over a year ago, playing his role as Bill O'Reilly's liberal toady, that Williams joined the Fox bully in trashing me after I challenged O'Reilly on his nasty crusade against murdered abortion provider Dr. George Tiller. He accused me of threatening poor Bill.

Williams did much the same thing this week with O'Reilly: He defended the Fox host against liberal critics, this time for O'Reilly's false and silly remarks on "The View" that "Muslims killed us on 9/11."

Still, I find something a little bit off about what NPR has done here. Let's be clear: Williams regularly comes to O'Reilly's rescue, and the words that got him in trouble this time were telling O'Reilly he was "right" about his anti-Muslim views -- even though he later challenged him. Williams starts out: "Well, actually, I hate to say this to you because I don't want to get your ego going. But I think you're right. I think, look, political correctness can lead to some kind of paralysis where you don't address reality."

He then goes on to express fear when he sees Muslims on an airplane, especially those "who are in Muslim garb and I think, you know, they are identifying themselves first and foremost as Muslims, I get worried. I get nervous." That's bigotry, pure and simple.

And yet, as Will Saletan shows in Slate, Williams went on to say most of the things you'd expect a liberal to use against O'Reilly -- that the problem is Muslim extremism, that we wouldn't hold the actions of Fred Phelps or Timothy McVeigh against all Christians -- and expresses concern that extreme anti-Muslim rhetoric led to the knifing of a New York cabby in August. Saletan goes too far to compare Williams to Shirley Sherrod -- and to equate Think Progress, which first circulated the Williams video, to Andrew Breitbart, who slimed Sherrod. It's an attention getting comparison, and it's false.

But I do think the entire Williams transcript makes it clear that in his own Fox-toady way, he was trying to defend Muslims and critique his Fox brethren who can't distinguish between al Qaida supporters and the vast majority of peaceful, observant Muslims.

Which leaves me troubled about his firing, I have to say. Williams has long been a problem for NPR. The network made him stop using his NPR affiliation when he appeared on Fox News a while ago. Maybe it's been looking for a reason to cut ties. But even the excuse given for his firing by NPR CEO Vivian Schiller -- "He expressed views. That is not compatible with his role as a news analyst. Plain and simple" -- is ludicrous. How does a news analyst not express views?

I'm with Glenn Greenwald on the question of journalists being fired for expressing political opinions: I don't like it, but if that's the era we're in, with Octavia Nasr, Helen Thomas and Rick Sanchez all going down for expressing either anti-Israel, pro-Palestinian or anti-Jewish sentiments, I guess I think a similar standard should apply to anti-Muslim bigotry.

But the whole trend makes me queasy. We need more speech, more debate about these issues, not less. Juan Williams didn't stand up for me when he had the chance on O'Reilly, but I feel like I should stand up for him, at least to ask whether the left should really be so gratified by his dismissal.

Not that Williams needs me to stand up for him. With the three-year, $2 million contract Fox News wasted no time handing him, he'll do just fine.