Will anyone apologize to Anita Hill now? 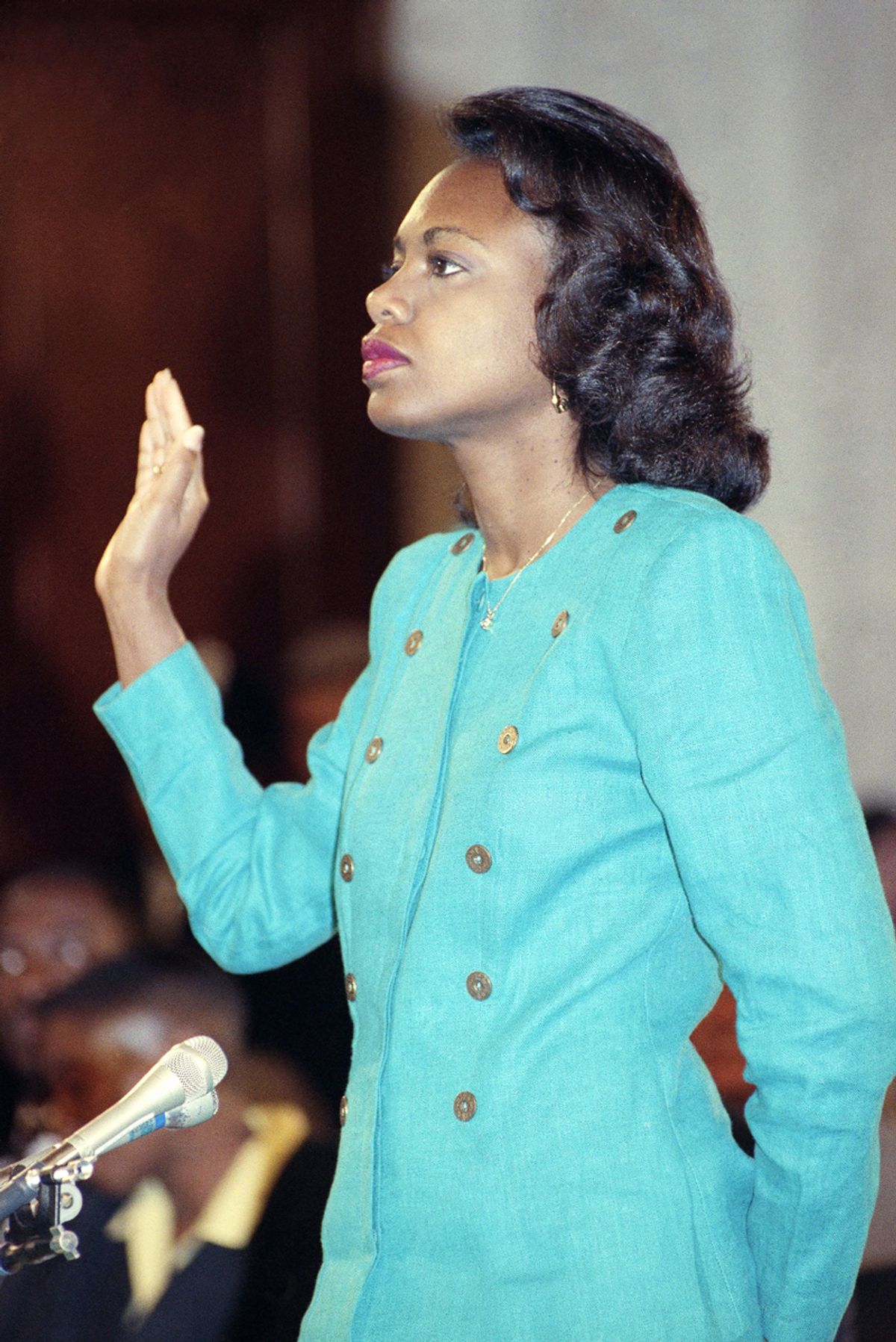 FILE - University of Oklahoma law professor Anita Hill is sworn in, in the Caucus Room before testifying before the Senate Judiciary Committee on Capitol Hill in Washington, in this Oct. 11, 1991 file photo. Virginia Thomas said in a statement Tuesday Oct. 19, 2010 that she was "extending an olive branch" to Hill, now a Brandeis University professor, in a voicemail message left over the weekend asking Anita Hill to apologize for accusing the justice of sexually harassing her. (AP Photo/Greg Gibson, File) (Greg Gibson)
--

You've probably seen that Clarence Thomas' ex-girlfriend has broken her two-decade silence and publicly stated that the Supreme Court justice was "obsessed" with pornography when they dated.

While Lillian McEwen's statement doesn't by itself prove that Anita Hill was telling the truth when she accused Thomas of sexual harassment back in 1991, it does come close. After all, Thomas was indignant at his confirmation hearings at the suggestion that he enjoyed -- and enjoyed talking about -- pornography. And in countering Hill's charges, it was his supposed good character and moral righteousness that Thomas' defenders stressed over and over. As Strom Thurmond, one of the 52 senators who voted to confirm Thomas even after hearing Hill's testimony, put it: "'I do not believe Judge Thomas is capable of the kind of behavior Professor Hill described."

But now we have more reason than ever to believe that Thomas was not being truthful -- that he was an avid connoisseur of adult content and that he was prone to bring it up in conversations with women. McEwen, whose own relationship with Thomas was cited as proof of his solid character during the '91 hearings, now says that he would frequently describe to her the physical attributes of his female coworkers -- and that he even asked one woman at work what her bra size was.

The notion that Thomas was so ramrod straight that he was incapable of the conduct Hill described, it seems, has been thoroughly blown out of the water. So has the notion that he was being completely truthful in his '91 testimony. Of course, back then, a majority of senators sided with him anyway -- with many of them attacking Hill and her credibility. Given today's revelations, it's worth remembering some of the claims that some of Thomas' most ardent defenders made 19 years ago:

And, of course, let's not forget about Arlen Specter's tour de force browbeating of Hill, in which he accused her of perjury:

So, when does Anita Hill get her first apology?