Why I believe in a Democratic comeback 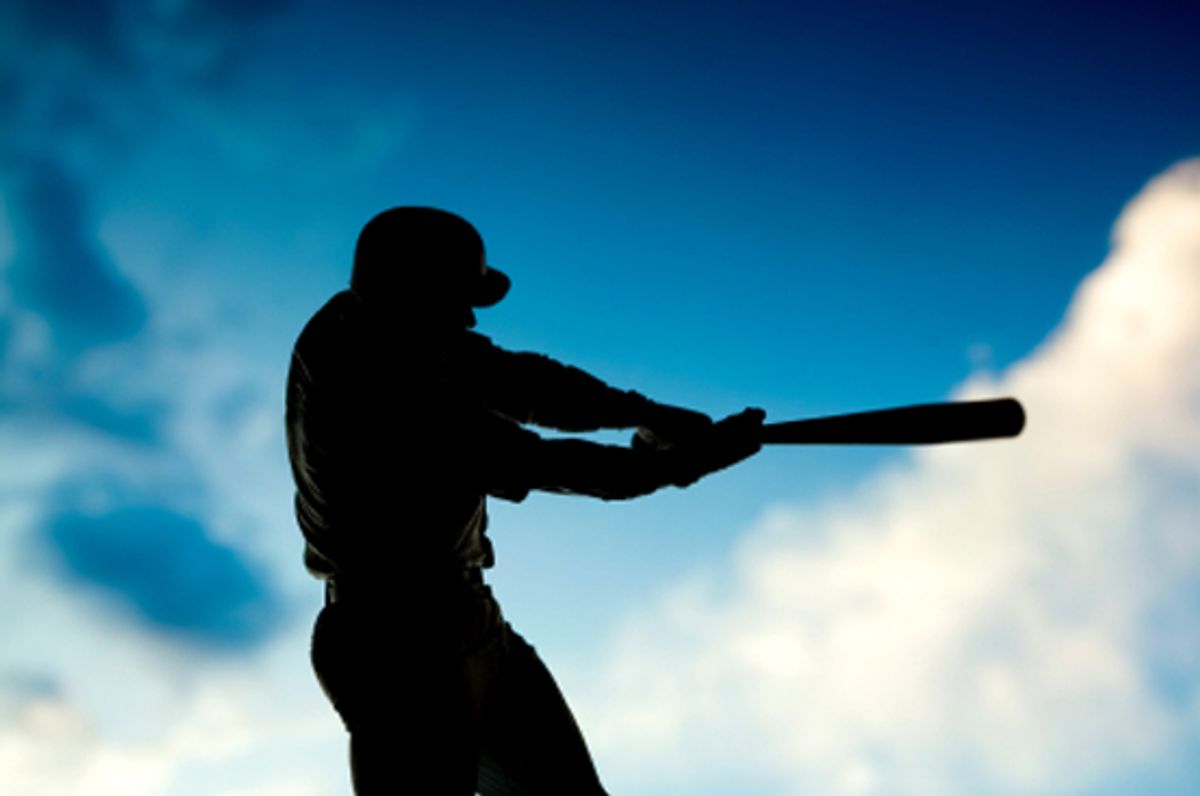 There is nothing as sweet as a comeback, when you are down and out, about to lose, and out of time. The almost certain victors are already in full gloat mode, and that's why the rest of us feel lower than a gopher hole, as Molly Ivins said to me after Bush v. Gore. Nothing you try seems to work. But as I experienced dozens of times in tennis matches as a youth, if you don't give up, sometimes there's a shift under your feet, and you win one unexpected point, and then another, and somehow, miraculously, you pull ahead.

I'm not thinking of the San Francisco Giants here, although I have been following them with love and a sick stomach for most of my 56 years. This year they are almost certainly going to the Series, a great and unique team. Yet some of my earliest memories are of coming into the kitchen of the small coffee-colored house we rented in the late '50s, to find my parents and older brother seated around the radio, with their arms folded across their stomachs. They'd be doubled over with worry as the Giants seemed poised once again to throw away victory, blowing a comeback at the last possible minute.

I'm not thinking about how much being a lifelong Giants fan is like having been a lifelong Democrat -- they are both such beautiful teams, from the Willies May and McCovey in that coffee-colored house, to Tim Lincecum and Pablo Sandoval; from Adlai Stevenson to Lynn Woolsey and Russ Feingold. They have taught me that when it comes to playoff games and midterm elections, you can't let your hopes get too high -- but of course you do, and once again, the Giants or the Democrats break your heart -- or totally, hilariously kick butt.

The Giants are usually described as rag tag, kind of a great garage sale team, and the Democrats are described as the Mommies to the Republican Daddies; and everyone hates the mommies, but wait, wait -- I didn't intend to get into the pathos and thrill of being a Democratic Giants fan. There is a certain delusional nobility in the wild ride.

And I'm not even thinking of a recent discussion I had with my Sunday School kids, about how when we as individuals or nations get so terribly lost, we have prophets to call us back. The prophets aren't like the guys on Christian radio, predicting the end of the world for sometime next Thursday, right after lunch. They are truth tellers, lights, Dr. King or Nelson Mandela, calling us back to decency, sanity, to each person being treated exactly the same.

All I started out to say was that I remember so many matches I played as a junior tennis star, when I got off to a bad start, and was losing big time to someone I either should have been able to beat, or needed to beat to keep up my ranking. My opponent was frequently an awful arrogant, stupid person, which I say without judgment. It was simple reality -- most competitive tennis players in my day were privileged, spoiled, entitled and white. Also, many of them were beautiful, fit, tan and of good stock -- great big hair and white teeth and long legs. Then there were the rest of us.

Anyway, you'd be losing by a set and a service break, say 6-3, 4-1, to an athlete whose practice partner has come to watch her, and whose father was hiding behind a bush nearby, giving her hand signals (whereas your pathetic Giants-and-Adlai-Stevenson-fan father has such bad nerves that he couldn't even watch you play, even when you were in the finals). Your stomach ached, but you held serve, 4-2. Then, about to serve for 5-2, your opponent got a little cocky, began wondering who was winning the match over on court 12, which would be her next opponent on the march to the finals. And so your opponent double-faulted. Love-15. And because you had nothing to lose, and the game was surely over, and you did not have much of a chance, let alone great hair, long legs and braces on your future perfect white choppers, you secretly got back in the game. You secretly dared to hope.

When your nonplussed opponent crossed over to ace you from the backhand side, you'd nick one of your stealth serial killer moves with your eyes looking away quickly. Then she caught your eye as she aimed at a spot on your service court. You flicked your eyes over to the left, and it threw her. She served long, and her second serve is weak, and you suddenly have the advantage, because you have nothing to lose. And you rallied hard for, and eventually won the point.

Now it's love-30, and your opponent starts to fall apart. Her nerves fail her, and her left arm on the next toss is as herky-jerky as a tennis ball machine, and she actually has to change down the toss to hit it, or do it over. She's reduced to pushing in her serve, and you make winners. And she begins to come apart like a two-dollar watch. She's grinding down those teeth, and her father is losing his mind in the hydrangeas, signaling for her either to serve as hard as she can, or smash in your head at the net. You can't tell, but he's furious. Oh, well. Ha ha, as we Christians like to say.

I won a lot of matches when there was almost no hope, and even less time, and it always started with winning one point here, and one point there. It always depended on not giving up, on getting my focus and courage back. It was the greatest feeling on earth, and, I imagine, it would still be so today, to take such a risk, and God only knows, maybe prevail.