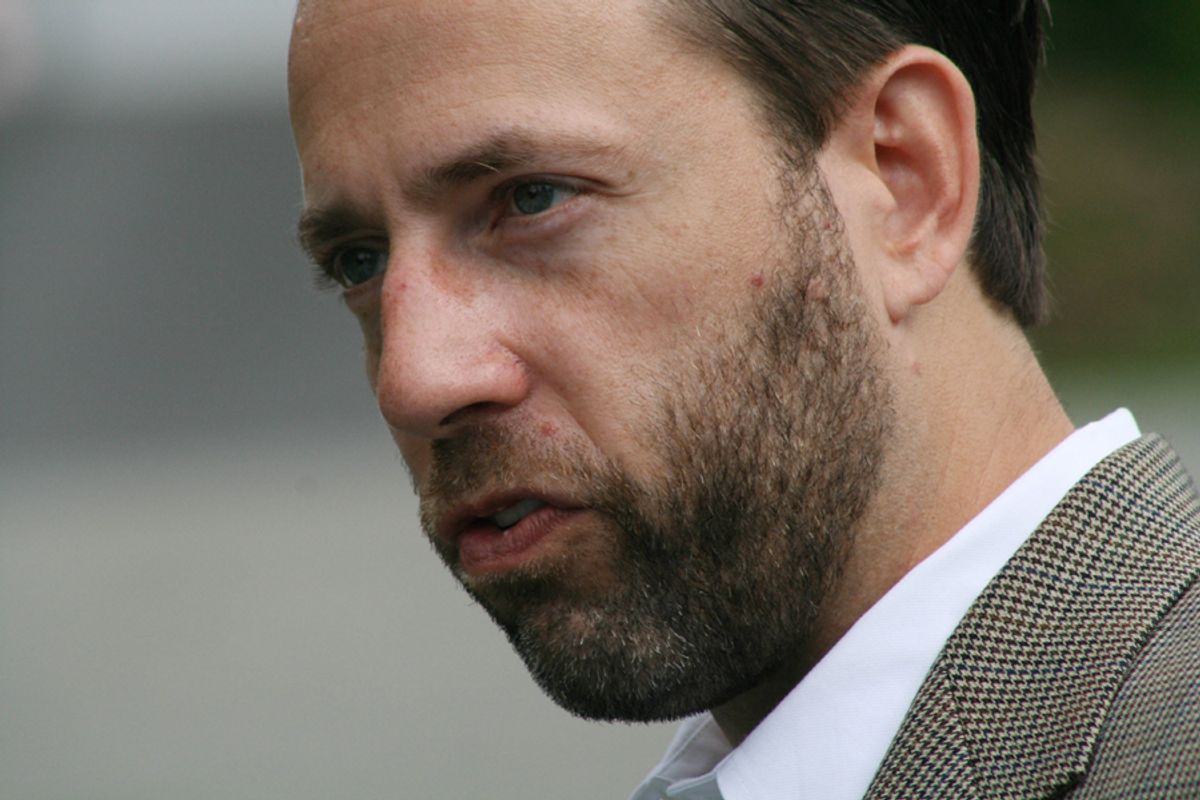 (UPDATED)Here's a nice catch from Mother Jones: The campaign of Alaska Republican and Tea Partier Joe Miller paid $2,500 for "consulting services" to a longtime anti-gay activist named Terry Moffitt. It's not clear what the money was for (and Miller's campaign hasn't responded to requests for comment), but we do know that Moffitt is the chairman of Family Policy Network, which Mother Jones describes this way:

Moffitt's Family Policy Network runs a project called "Hope for Homosexuals" that encourages "practicing homosexuals to 'come out' of that destructive lifestyle, and to 'come home' to the love and forgiveness of Jesus Christ…While the homosexuals celebrate their perversions, they are confronted with the truth that there is hope for deliverance in Jesus Christ." In June, the group hired an airplane to fly a banner near Disney World during a gay outreach day that read "Jesus Christ: WWW.HOPEFORHOMOSEXUALS.COM." It has flown this banner in other spots where there might be a collection of gays and lesbians.

Don't expect this to become much of an issue in conservative Alaska, but it is another datapoint about what kind of senator Joe Miller might be.

UPDATE: Miller campaign spokesman Randy DeSoto sends along this statement, which does not really address Moffitt, but hits Lisa Murkowski on an ongoing fundraising story:

This is another example of the hypocrisy of the media. A small disbursement pales in comparison to the hundreds of thousands of dollars given to Lisa by PACs and special interests while she cries about 'outside influence'. Why isn't anyone asking her about the duplicity of her claims to be a conservative Republican while her campaign is being run by Democrats and bank-rolled by unions and Alaska Native Corporations?