John Yoo agrees that direct election of senators is bad 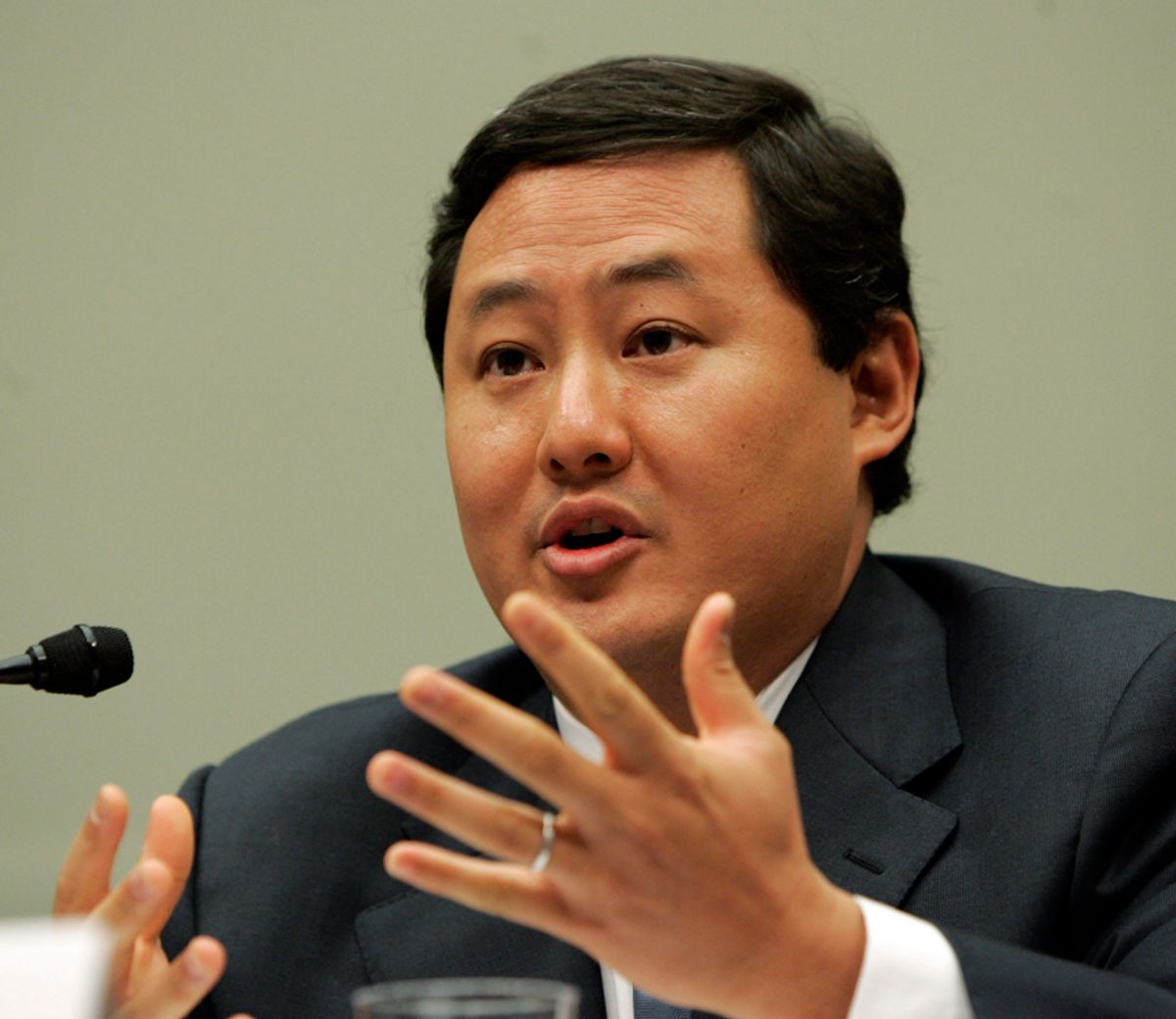 Torture memo author John Yoo is a conservative folk hero, purely and solely for authoring the torture memo. Yoo argued that the president can violate the Constitution whenever he feels like it. His legal defense of torture was so awful and flawed that other Bush appointees were horrified enough to rescind it. Because of his instrumental role in violating the principles that make us supposedly morally superior to our many enemies, the editors of the National Review allow him to contribute to their little blog.

Today he writes about the slightly bizarre desire of some "Tea Partiers" to repeal the 17th Amendment (because, again, their worship of the Constitution is limited to the bits they like). He concludes that it's a waste of time, but not because the 17th Amendment is a good thing. No, popular election of Senators by citizens, instead of the appointment of random beneficiaries of patronage by state legislators, is, Yoo agrees, an attack on federalism.

There’s a lot of truth to the argument that the enactment of the 17th Amendment undermined federalism. State legislatures have a greater institutional incentive to protect federalism than do the people of a state. The people of a state may want to expand federal program spending in order to get their share of tax revenues, even at the expense of greater national power over issues reserved to the states. Although they are also elected by the people, state legislators have more of an incentive to protect the original distribution of powers between the national and state governments.

Here is what James Madison had to say about the matter (during congressional discussion of the Bill of Rights in 1789):

[T]he State Legislatures will jealously and closely watch the operations of this Government, and be able to resist with more effect every assumption of power, than any other power on earth can do; and the greatest opponents to a Federal Government admit the State Legislatures to be sure guardians of the people’s liberty.

The 17th Amendment weakened the states’ ability to resist the expansion of federal powers.

So... direct election of Senators threatens federalism because citizens don't like federalism. As long as people keep liking the stupid federal government so much we'll never be rid of it. (And this from a guy with a ridiculously expansive view of executive power!)

But, Yoo concludes, rescinding the amendment would be way too difficult (in part because it would involve getting a bunch of state legislatures to vote for repeal), so he urges activists to focus on cutting taxes, instead. Still: Why do conservatives hate democracy so much?