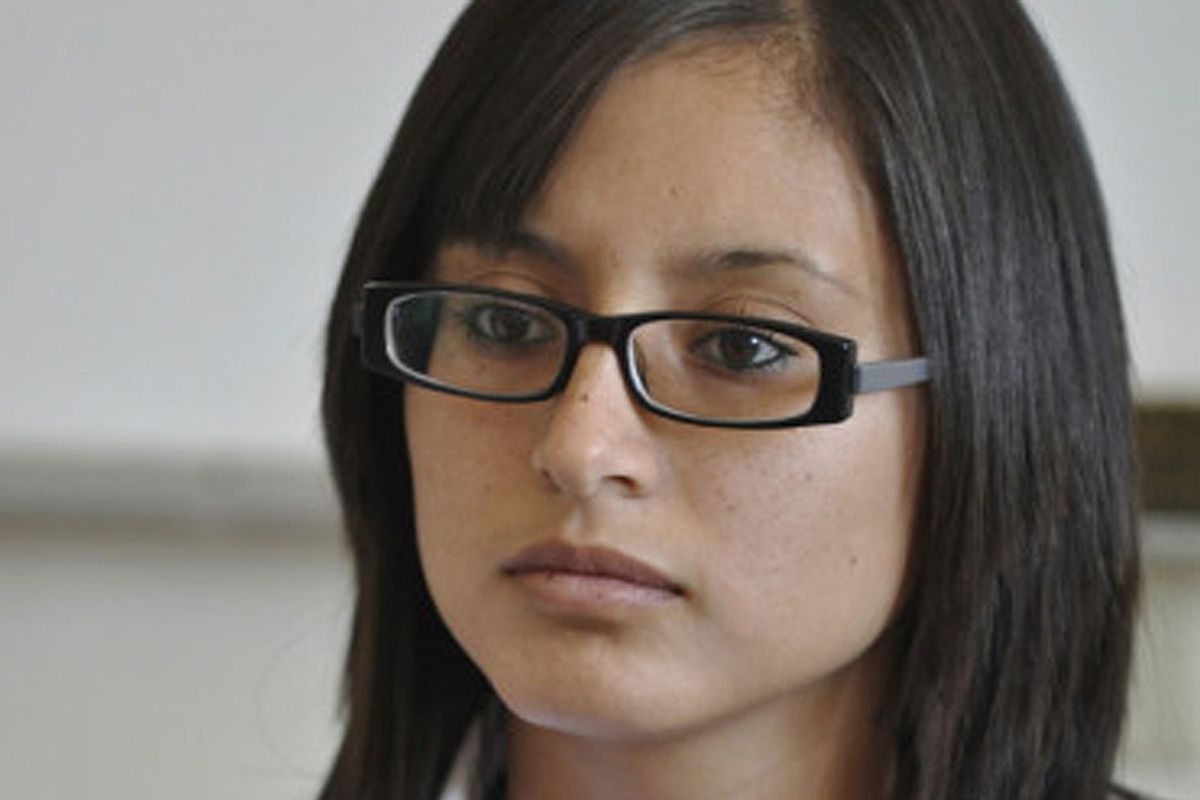 There's a new police chief in the Mexican border town of Praxedis Guadalupe Guerrero, and she's a she. That is itself an impressive first for the region, which is plagued by drug-trafficking violence, but what's more, she's a 20-year-old she, and a new mom. Marisol Valles, a criminology student, is reportedly the only person willing to fill the position, which has been vacant ever since her predecessor's head was delivered to the police station in an ice chest. Her swearing in earlier this week led Periodista Digital to run the incredulous headline: "Are there no men in Chihuahua?" Well, yes, but none who are willing to risk being decapitated by drug lords.

Perhaps even more shocking than her appointment itself is the decidedly maternal approach she's planning to institute. "The weapons we have are principles and values, which are the best weapons for prevention," she told CNN. "Our work will be pure prevention. We are not going to be doing anything else other than prevention." It's possible that she's just accepting the limitations of her post: She only has 13 officers, one police car, three rifles and one pistol at her disposal. But it does seem that she is intentionally bringing a new ethos to the department. "I'm not going after the 'malos' (bad ones); that's the federal police and soldiers' responsibility," she said. "We're going after the good ones, like children, parents, men and women who we have to organize so they don't fall prey to the temptation of crime, drugs and easy money."

Her attitude may sound dangerously naive, but consider that the town has already tried the combative approach. That ended, as you might recall, with the police chief's head on ice. Besides, she certainly isn't naive about the danger she faces: "I took the risk because I want my son to live in a different community to the one we have today."